After introducing the droptop version of the Aventador SV at the Geneva Motor Show a month back, Lamborghini has now pulled the wraps off its convertible variant of Huracan. Unveiled at the ongoing 2015 Frankfurt Motor Show, the Lamborghini Huracan LP 610-4 Spyder uses a lightweight, electrohydraulic fabric roof similar to the one on the previous Gallardo Spyder, which this model directly replaces. The roof is available in three different colors – black, brown and red – and can be lowered with a push of a button in 17 seconds and up to a driving speed of 50km/h (31mph). 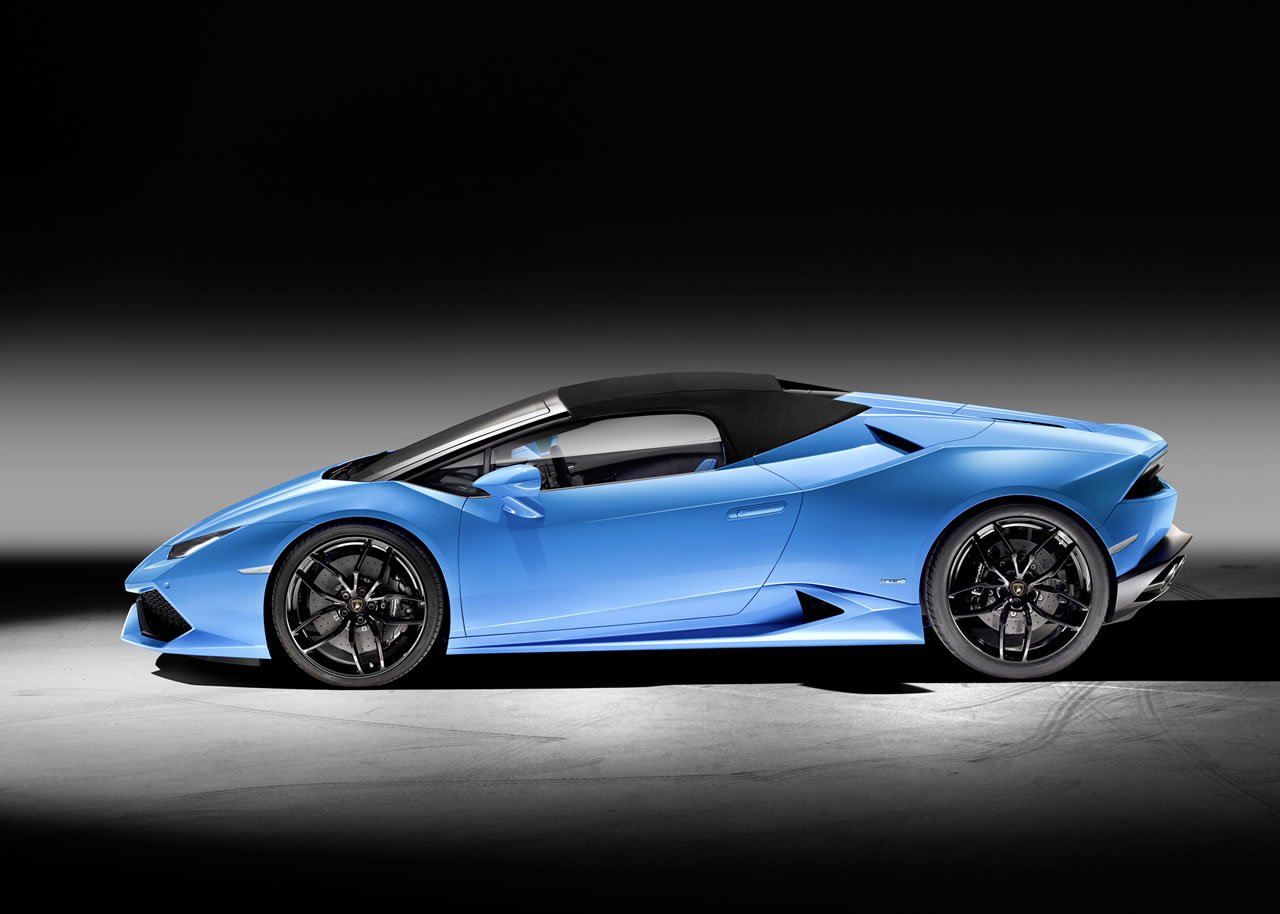 The rear window can now be lowered, even with the roof in its position to amplify the epic soundtrack of the V10 engine. Two new fins help to channel airflow to the engine and add aesthetic appeal to the side profile. The engine under the hood is identical to the one in the coupe. It’s a 5.2-liter V10 churning out 601 horsepower and 480 pound-feet of torque channeled to all four wheels through a seven-speed dual-clutch unit. Lamborghini claims a 0-62 mph time of 3.4 seconds and a top speed of 201 mph for the Huracan Spyder. The engine also features the latest technical updates, including the ‘cylinder-on-demand’ function combined with a ‘stop start’ system.
Lamborghini claims that the Huracan Spyder’s chassis is 40% stiffer than the one used by the Gallardo Spyder. The flat underbody, the large rear diffuser and the integrated rear spoiler has also helped the convertible Huracan gain 50% increase in downforce when compared with its predecessor. The Lamborghini Huracan Spyder is priced at €186,450 (about $211,000) in Europe and the first deliveries are expected to start in spring 2016. 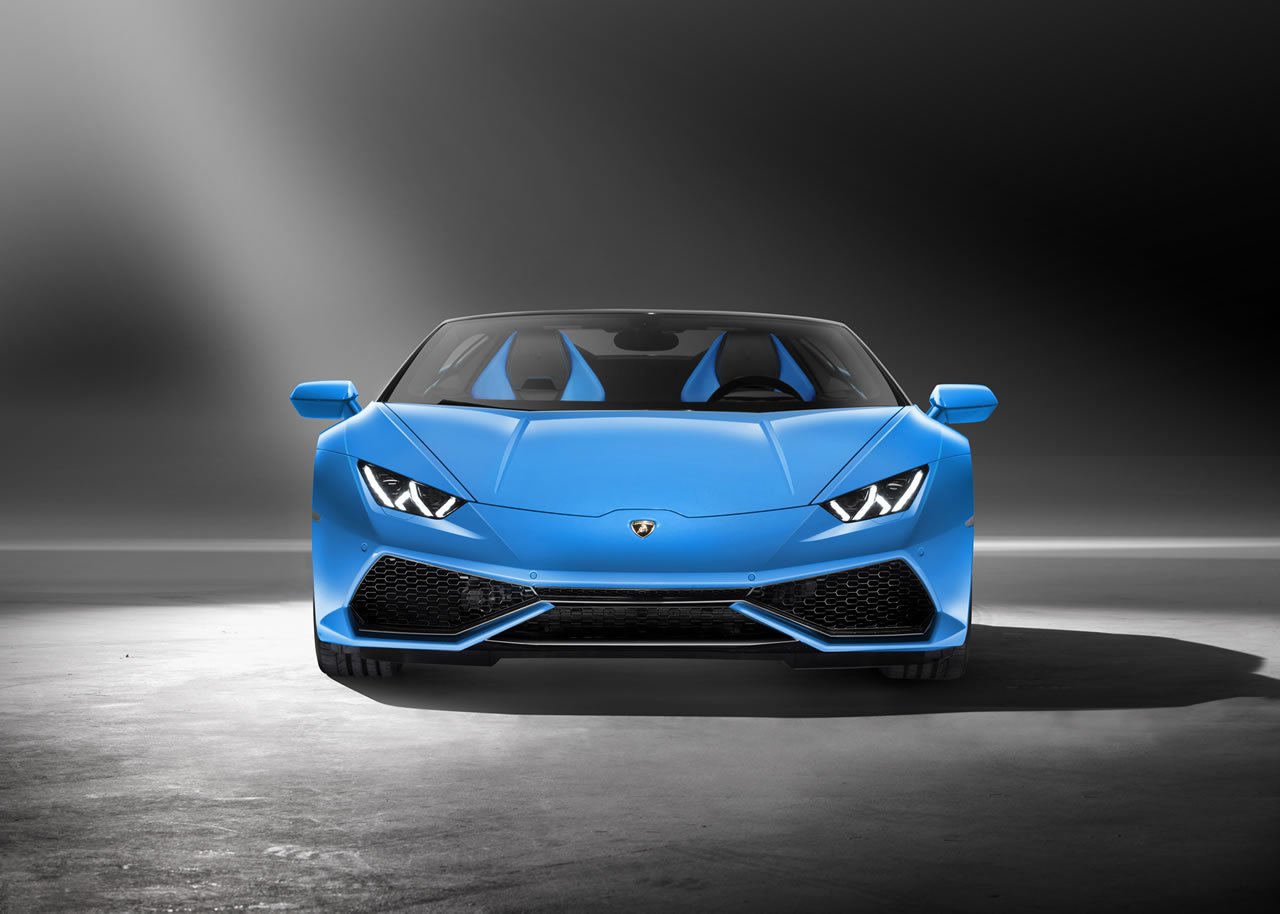 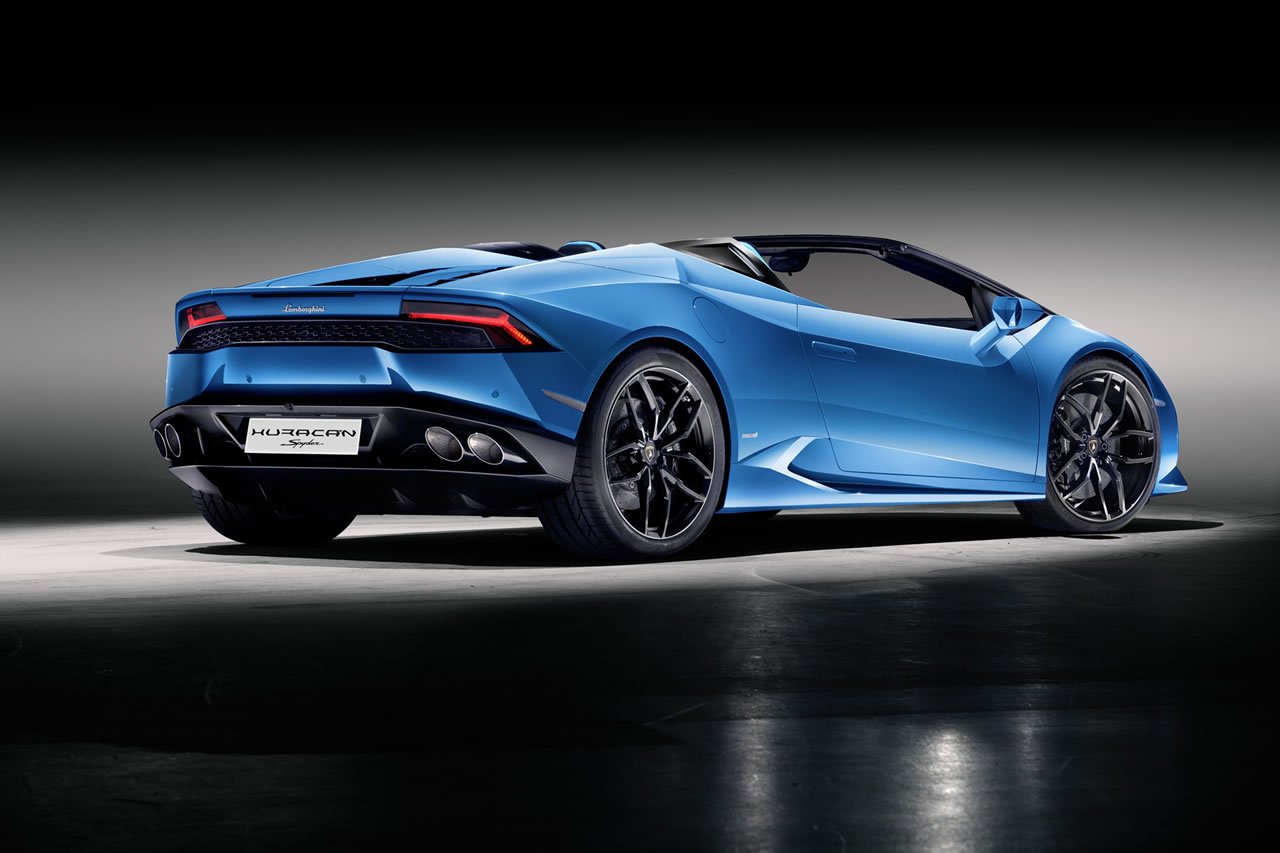