Remember the rally-raid-inspired Lamborghini Huracán concept showcased by the Italian manufacturer back in 2019? Well, the wild one-off creation’s production version is finally here! Behold the 2023 Lamborghini Huracán Sterrato, an off-road version of the Huracán that comes with more ground clearance, bigger tires, flared fenders, and LED rally lights. Sterrato is Italian for “dirt road,” which pretty much defines the purpose of this unique Lamborghini. Interestingly, this comes just a few days after Porsche unveiled its own off-road-focused sportscar – the 911 Dakar. The Sterrato is also the final derivative of the Huracán, marking the end of the model line. Furthermore, it’s the last Lamborghini to be powered by the manufacturer’s stunning naturally aspirated V-10 engine.

Interestingly, the production Huracán Sterrato model looks almost identical to the concept we saw three years ago; although, some design elements have been slightly tweaked and trimmed. Instead of a LED light bar on the roof, the production model features a massive air intake along with smaller roof rails. The periscope intake will be able to feed in relatively cleaner air to the engine. What it has retained are the massive carbon fiber arch extensions that make the off-road supercar look wicked. The Sterrato will come fitted with Bridgestone Dueler All Terrain tires as standard, which might not be well suited for race tracks but will help the final Huracan ride effortlessly on dirt roads. 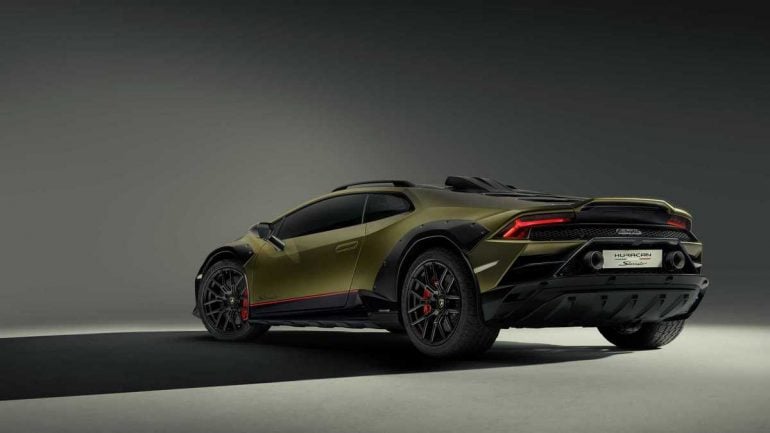 For greater ground clearance, the Sterrato comes with a 1.7-inch increase in ride height. Additionally, the track has also increased by 1.2 inches at the front and 1.4 inches at the back. The suspension is also softer than any other Huracán to make it better suited for dirt roads and off-road conditions. “It was very challenging from a tire point of view to have a setup that was also stable at high-speed Lamborghini CTO Rouven Mohr says, “but although the limits are obviously lower the car is also fun to drive on road, it is very progressive.” 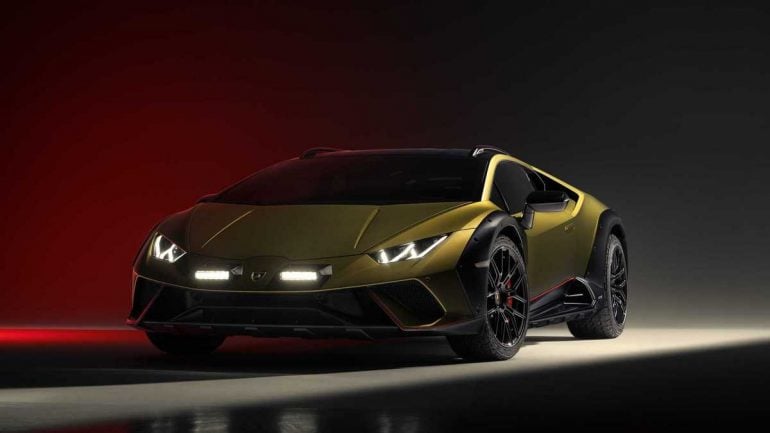 Powering the Sterrato is Lamborghini’s 5.2-liter naturally-aspirated V10 that has been tuned to produce 601 horsepower, 30hp less than the regular Huracán. Lamborghini claims the rally-prepped supercar can accelerate from zero to 62mph in 3.4 seconds, which might sound slow when compared to other Huracán variants. But you must remember that it rides on all-terrain tires and is equipped with a softer suspension setup. The top speed is also limited to 160mph, which makes it the slowest production Lamborghini since the LM002 SUV. Only 900 examples of the 2023 Lamborghini Huracán Sterrato will be made. While the US pricing has not been revealed as of yet, it has a starting price of around $270,000 in Europe. 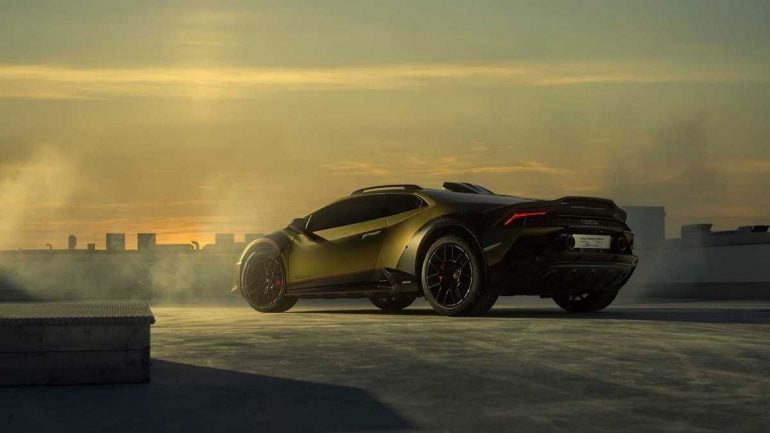 Tags from the story
Lamborghini-Huracan, Supercar