From the priciest hypercars in the world including Bugattis and Koenigseggs to uber-expensive automobiles with loud engines and quirky customizations, every year during the summer there is an influx of these Arab-owned machines in London along with their super-rich owners who arrive to escape the baking heat of the middle-east. Just to let you know that this year’s season has already kicked-off and Arab playboys with their roaring machines have set the streets of London abuzz. Paparazzi and camera-carrying onlookers have started flocking to the wealthy London district as they cheer and click the supercars while they weave around the traffic sliding on the tight bends; roads around Knightsbridge have turned into billionaires’ motor show despite the complaints of furious residents who claim their lives are being ruined. Scroll down to check out some photos taken in the last few days of the extravagant supercar that have become temporary residents of the city 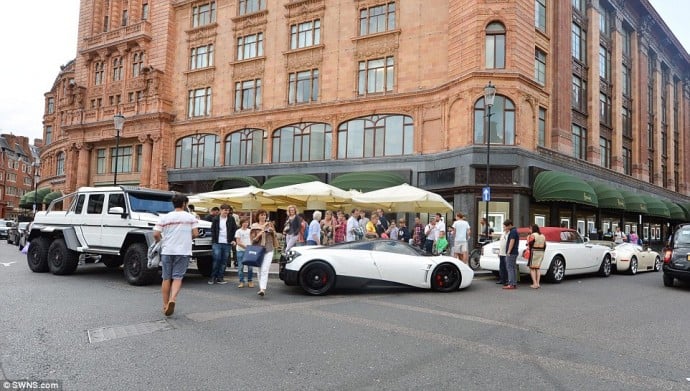 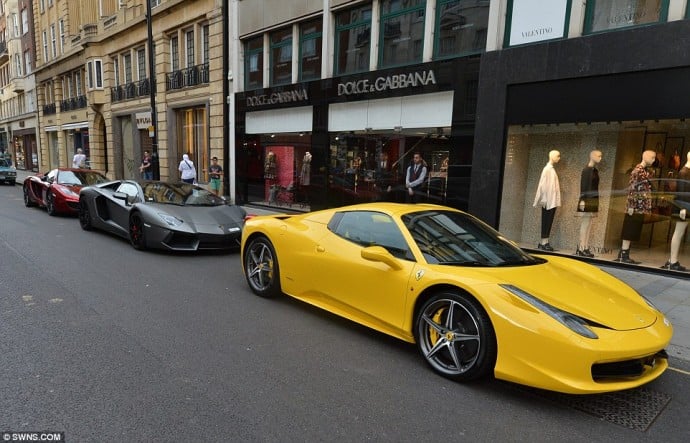 A trio of yellow Ferrari 458, Lamborghini Aventador and a McLaren MP4-C parker in front of D&G store 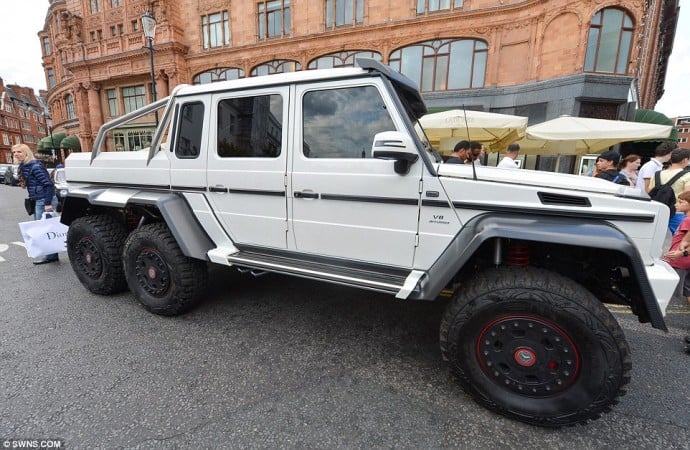 A £400,000 six-wheeled Mercedes G63 AMG is one of the most outrageous machines to have arrived in London from the Arab world 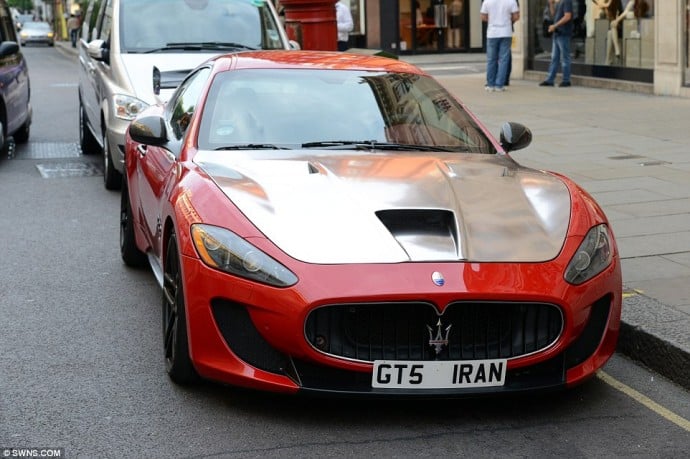 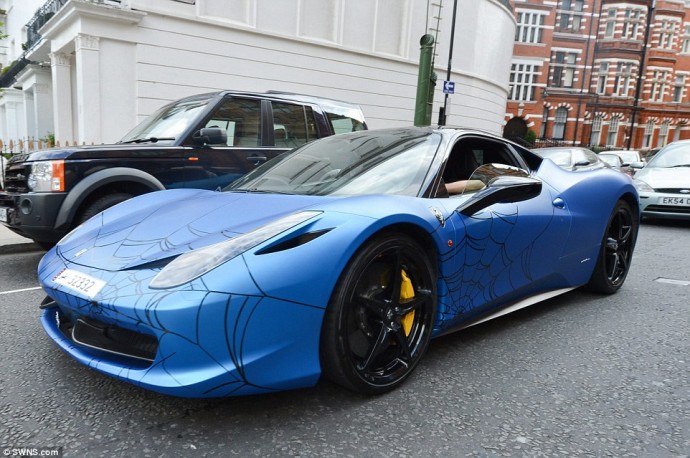 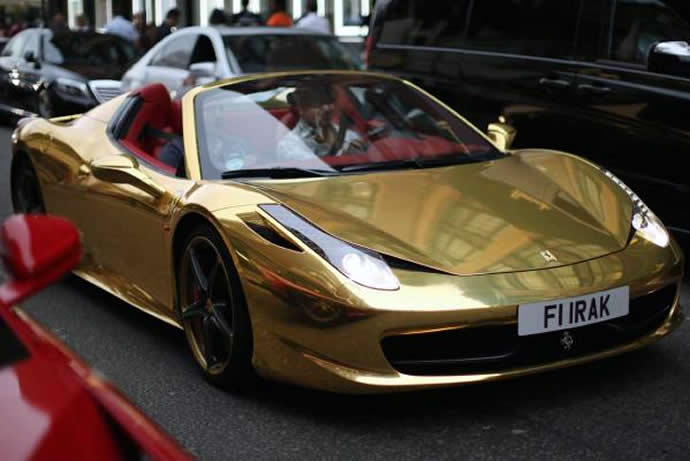 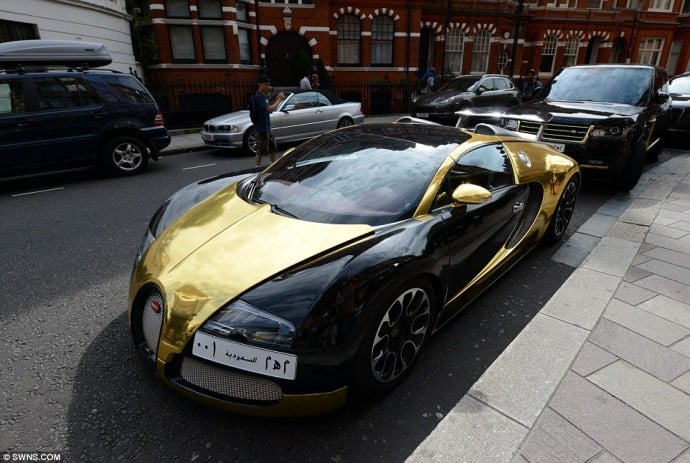 This gold and black Bugatti Veyron definitely is a head-turner 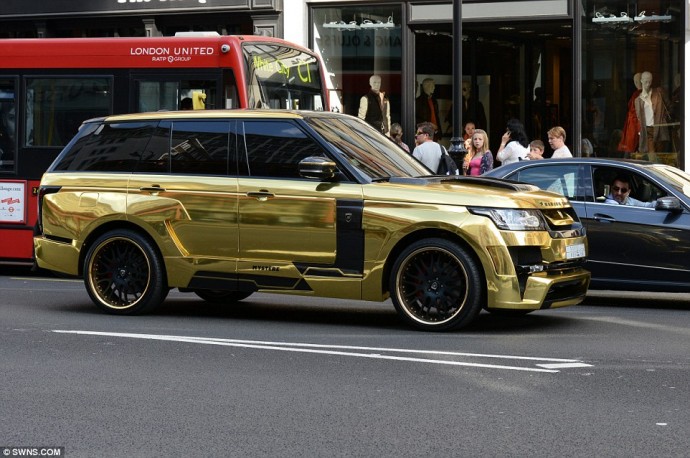