McLaren has lifted the veil off its most powerful open-top supercar to date. Meet the McLaren 765LT Spider, an open-top version of the British manufacturer’s insanely quick 765LT supercar. The Spider version follows the same stripped-down, track-focused formula of the 765LT coupe. The only difference comes in the form of a one-piece carbon retractable hardtop that can be raised and lowered in 11 seconds and can operate at speeds up to 31 mph. While the retractable roof offers infinite headroom and unobstructed access to the V8’s aural symphony, it comes at the cost of 108 pounds of added weight. Yet, it only weighs just 3,060 lbs., making it 176 lbs. lighter than the 720S Spider.

In terms of design, the 765LT Spider looks near identical to the coupe version, especially with the roof deployed. McLaren says the drop-top model has the same level of structural rigidity and aerodynamic performance as the coupe. The track-focused supercar gets a bespoke suspension system, along with 10-spoke forged alloy wheels fitted with Pirelli P Zero Trofeo R tires, bigger brakes, and a titanium exhaust system with four massive exit pipes at the back. 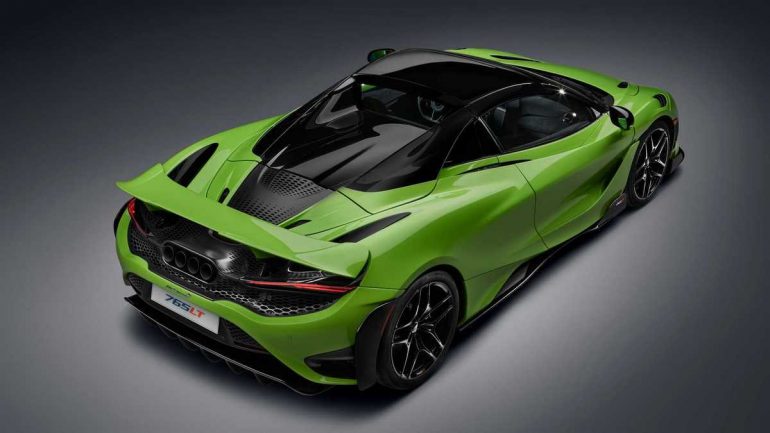 Under the hood is McLaren’s tried and tested 4.0-liter twin-turbo V8 engine that churns out 765 horsepower and 590 ft-lb of peak torque. The engine is paired with a seven-speed dual-clutch transmission that channels the power to the rear wheels. McLaren claims the 765LT Spider can go from zero to 62 mph in just 2.8 seconds and hit a top speed of 205 mph. The convertible supercar can reportedly do the quarter-mile sprint in 10 seconds flat. 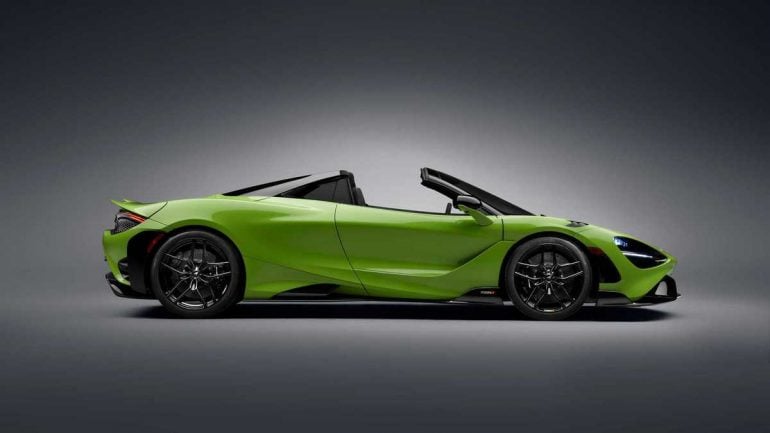 “We developed the 765LT Spider to be a car without compromise, every bit as exciting and rewarding to drive as the coupe, with all of the connection, closeness, and engagement – but with the added benefit of so much more of that amazing LT sound, even closer to the driver,“ said James Warner, Chief Engineer at McLaren. Just like the coupe, McLaren will build on 765 examples of the 765LT Spider, which will be available with a starting price of $382,500. 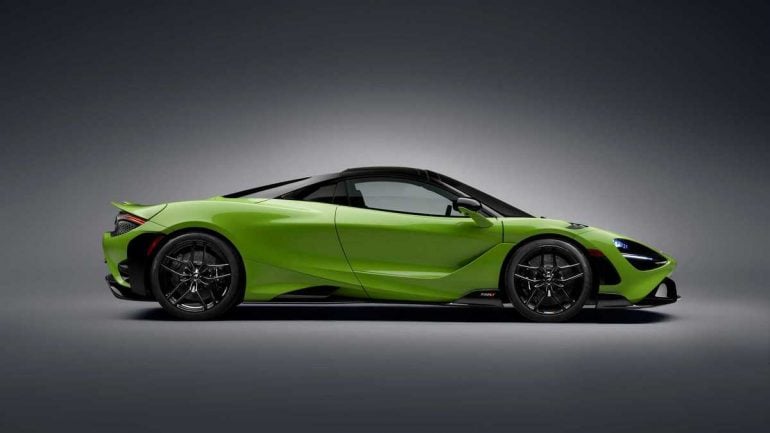 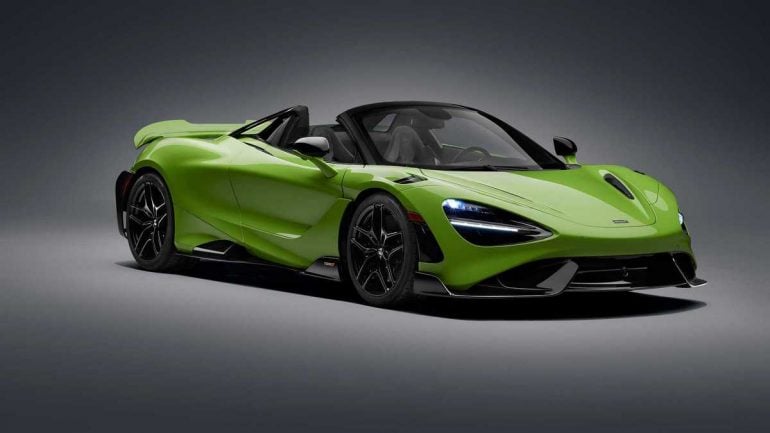 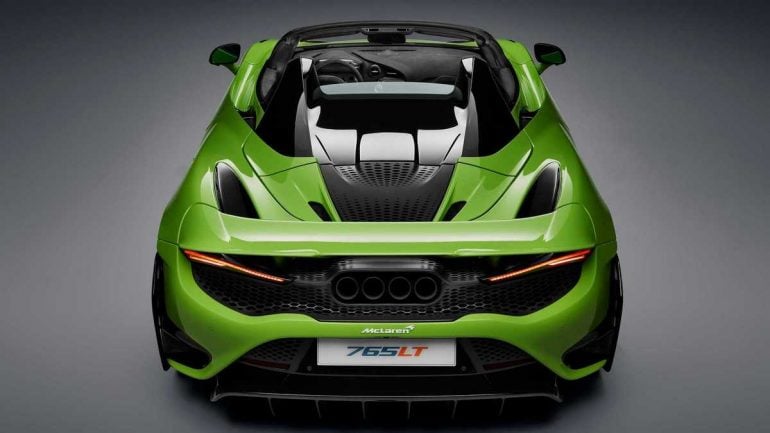 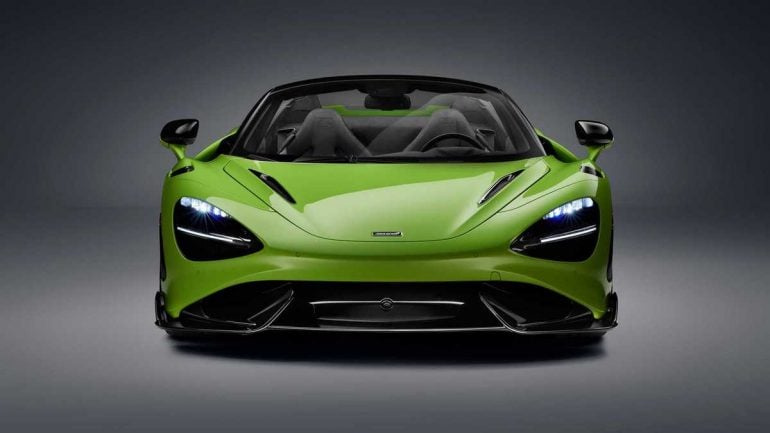 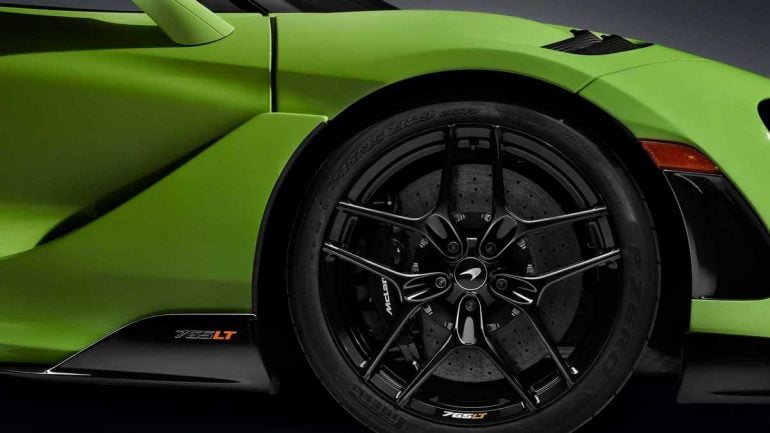 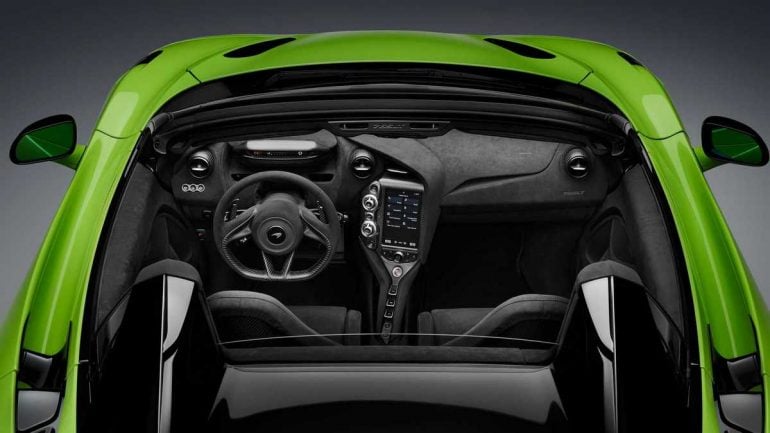 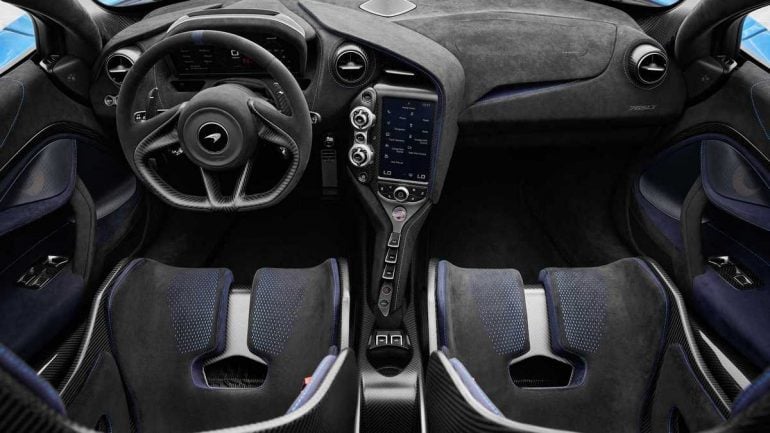 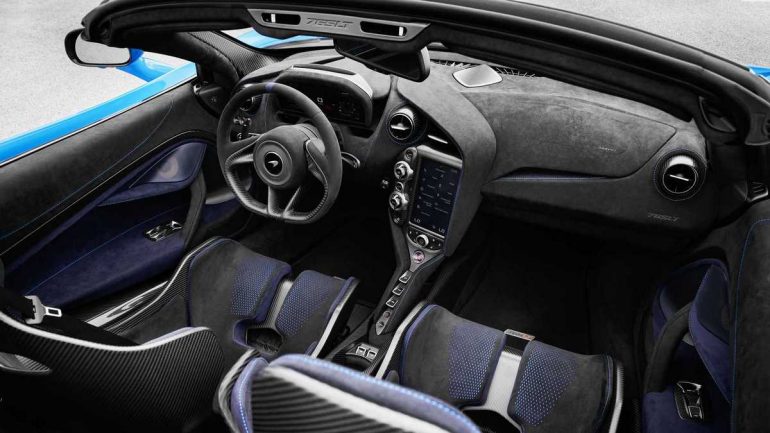 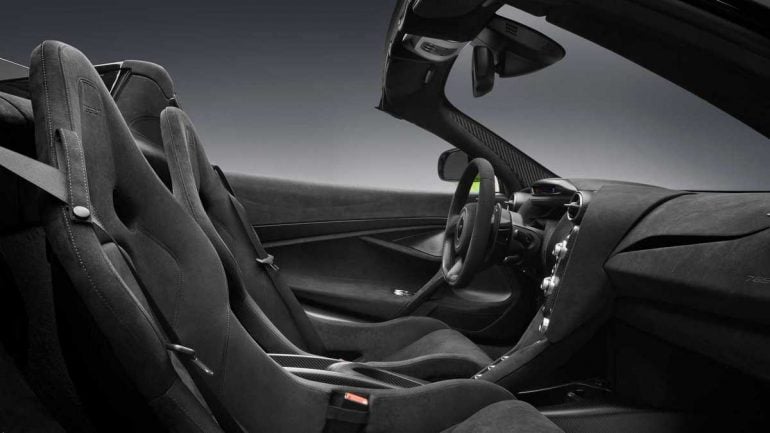 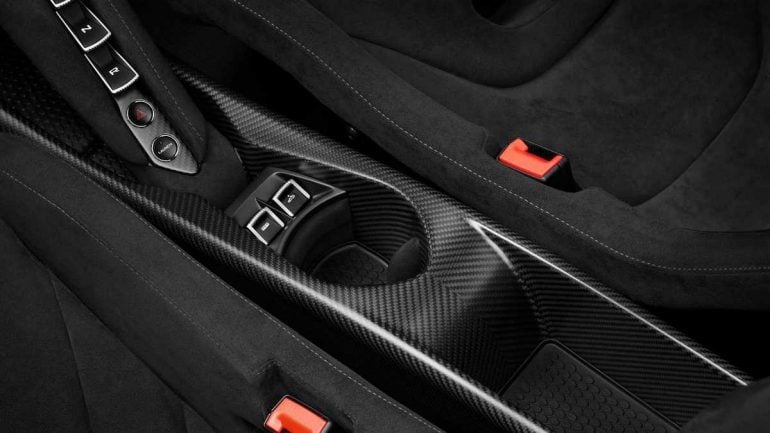 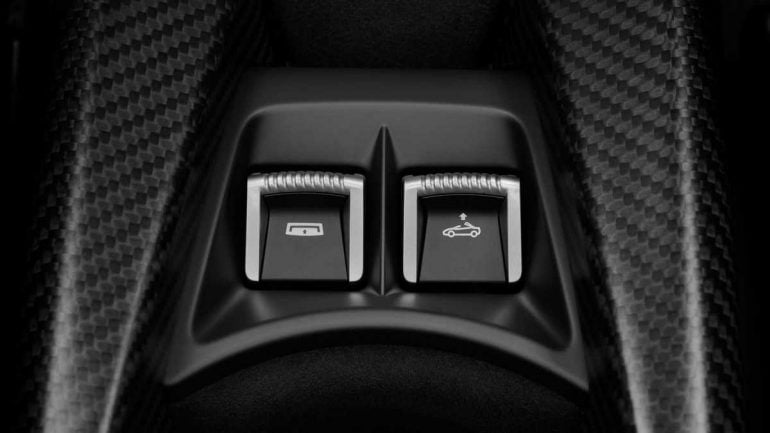 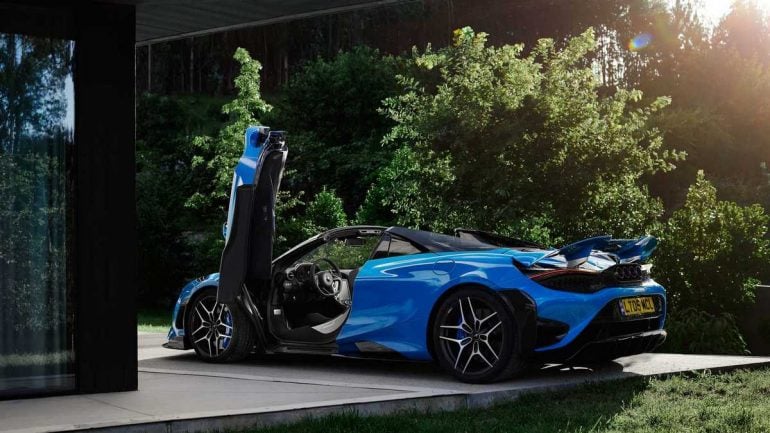 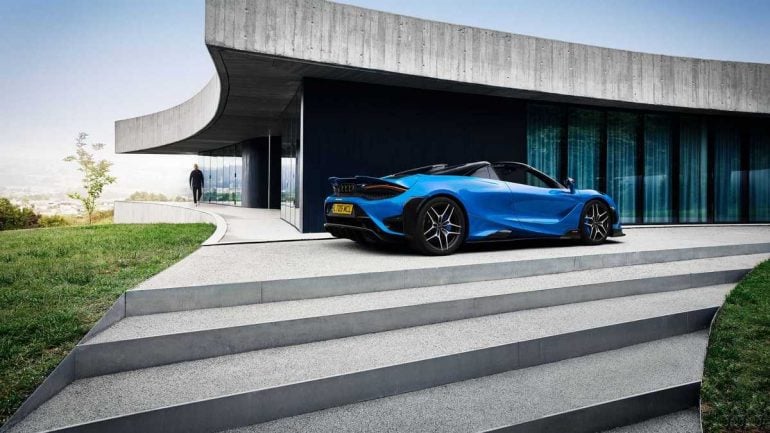 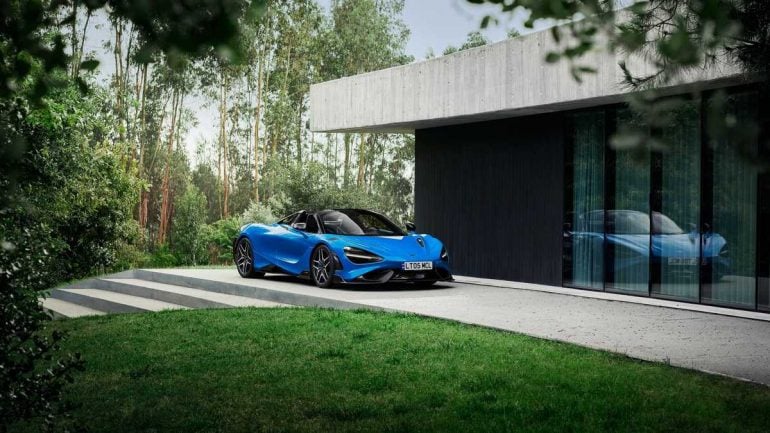 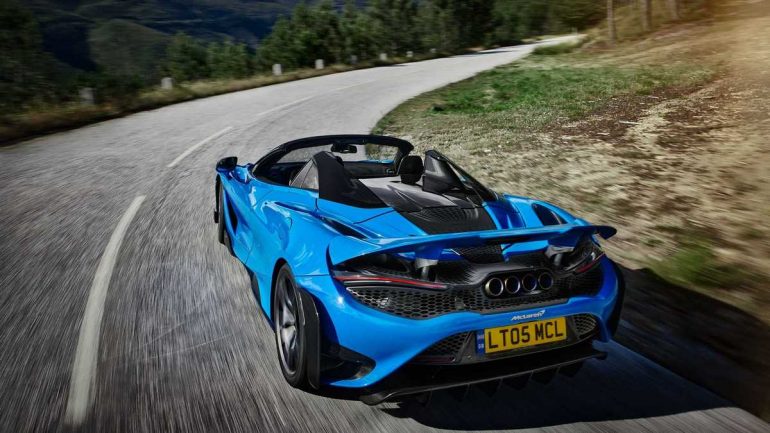