California-based multi-millionaire and supercar collector Manny Khosbin is well known for his love for highly customized exotic cars. The real estate mogul reportedly has a net worth of more than $80 million, out of which his insane collection of cars alone is worth at least $30 million. Some of those cars are so incredibly rare and expensive that the popular YouTuber recently called his Bugatti Veyron as ‘basic.’ His collection has the only three existing Hermes edition hypercars in the world. Many recently invited Supercar Blondie over to his storage facility to give an exclusive tour of all three Hermes edition hypercars, which has been posted as a video by the famous automobile influencer on her YouTube channel. 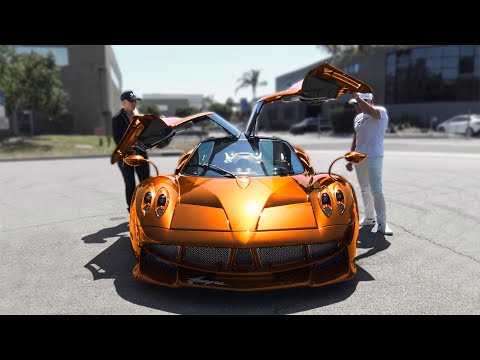 The video of the three Hermes edition cars is from the same day when Alex Hirschi, aka Supercar Blondie, almost crashed Manny’s Bugatti Chiron Hermes. All three Hermes edition exotics are bespoke, one-off builds and each took several years to make. The Pagani Huayra was the hypercar with the Hermes touch commissioned by Manny, followed by the Chiron and the McLaren Speedtail. Each car is highly customized in a unique, detailed way by Hermes, and Manny explains all the finer details in the video.
Manny starts with the Bugatti Chiron Hermes that features a stunning off-white color inside out. Expectedly, the attention to detail is absolutely sublime, including the different Hermes motifs. The door panels are decked out in cashmere, while the $35,000 Hermes travel bag is also made from the same fabric and the leather used inside the cabin. Hermes even made a pair of driving gloves in the same off-white color, which Manny admits wearing only once. The millionaire reveals the final price tag of the one-off Chiron to be $4 million, with the customization by Hermes alone costing $1 million.
The Pagani Huayra Hermes edition sports a brown paint job, with a translucent finish on several carbon fiber panels revealing the intricate weave. When asked, Manny claims the Huayra is his favorite out of the trio when it comes to looks, despite the fact that he wasn’t sold on the brown exterior color during the negotiation process with Hermes for the customization. The toolkit that neatly packs inside the left side gullwing door is just as pretty and special as the car. 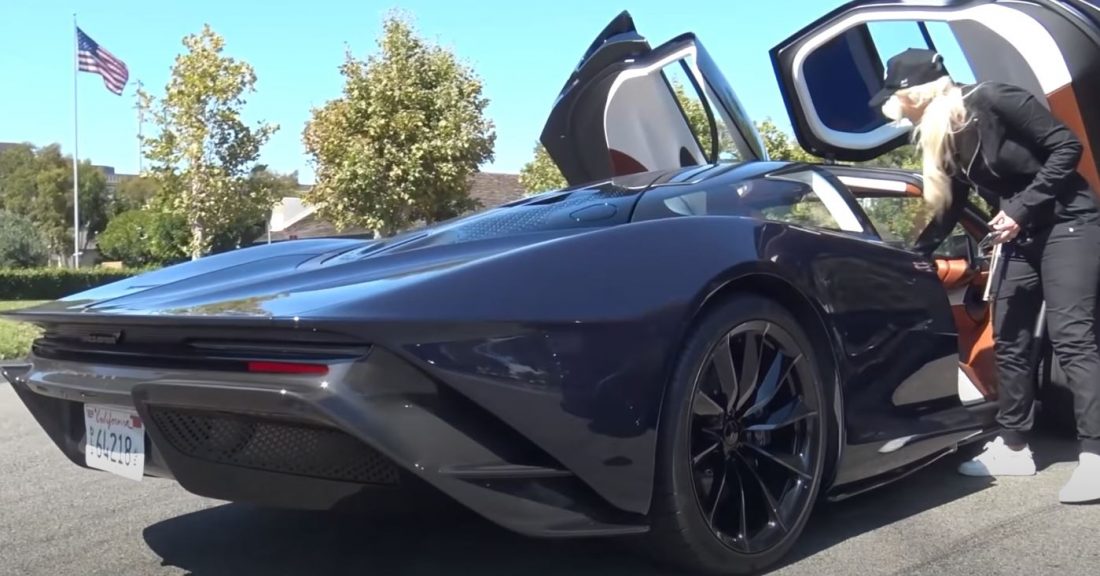 The McLaren Speedtail’s key fob had its own leather pouch that matches the leather used inside the cabin. Manny claims he wanted the McLaren in orange, which Hermes promptly refused and gave the supercar a dark blue finish. The interior is upholstered in special leather with a two-tone finish of brown and off-white. The video ends with the snippet of Supercar Blondie almost crashing the Chiron into a speeding SUV. We’re glad it didn’t end in a disaster.