There’s something that sets apart a three-pointed star with the rest of the automotive world. Some claim it’s the car’s German roots, other’s claim it’s the lethal insides. While the world’s most profound car enthusiasts still haven’t been able to point out what makes a Mercedes-Benz AMG so special, we’ve spotted yet another of these cars being unveiled recently. Called the Mercedes-Benz SL 63 AMG World Championship 2014 Collector’s Edition, this one’s even more special than the rest of its cousins. Built in commemoration of Formula 1’s Lewis Hamilton and Nico Rosberg’s domination on the track, this car will be limited to just 19 units. Available in two liveries, the car’s either clad in black with gold accents or white with silver accents. 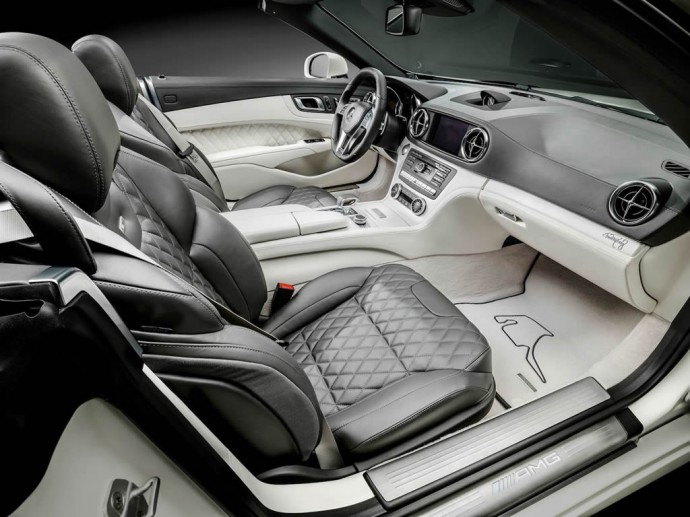 Under its hood, the SL 63 AMG World Championship supercar sports a twin-turbocharged 5.5-litre V8. This engine spews a devastating yet extremely pleasing 529 horsepower and 590 lb-ft of torque. Promising to touch the 60 mph mark in well below 4.1 seconds, the car is capable of reaching 186 mph without a hiccup. Another special addition to this car is the Silverstone Grand Prix track that’s featured on the car’s key fob, the dashboard, the floor mats and the center console too. 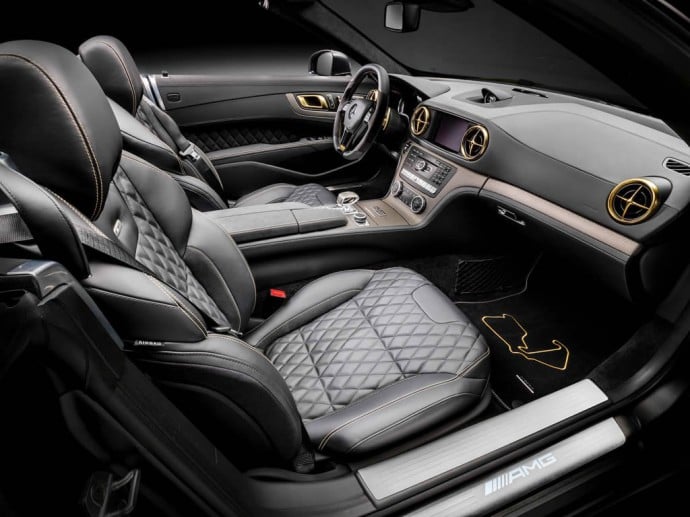 Every little bit of this beautifully crafted car by its makers is a work of art. With this release, Mercedes-Benz and AMG have together managed to leave us puzzled about what it takes to make a car as gorgeous as this, yet again. While we aren’t really looking for the answers, since that’ll simply take the magic away, we certainly are looking forward to stepping behind the wheel of one of these SL 63 AMGs. After all, it isn’t every day that Mercedes-Benz manages to take over the F1 season completely, and it isn’t everyday that the German automaker unleashes a special edition masterpiece like this. 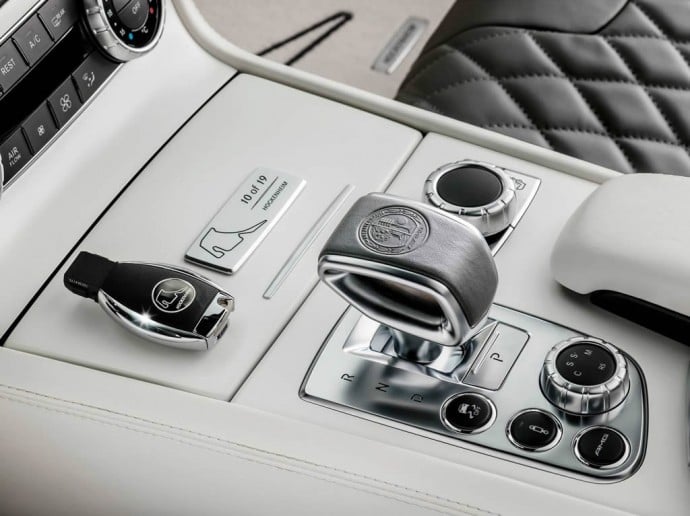