The S-Class luxury sedan for many decades has been the face of class, luxury, sophistication, and cutting-edge technology for Mercedes-Benz and there is no-doubt that all the S-Class models we have seen over the years were considered as the pinnacle of elite motoring during their production run. But the S-Class has never been considered the best there is; at least in terms of its luxe quotient. That arena is absolutely dominated by the two British marquees: Bentley and Rolls Royce. But the notion is soon about to change as the long awaited Mercedes-Benz S-Class Pullman is rumored to cost as much as double the top-of-the-line Rolls-Royce and measure 16 inches longer than it. Information on the range-topping S-Class Pullman is still scarce but a few leaks indicate that Pullman is set to redefine ultra-luxury experience when it comes out in 2015.

According to a report by Bloomberg, the uber-luxurious Mercedes S-Class Pullman will become the world’s most expensive sedan when it goes on sale. Rumored to be priced at about $1 million, it will come factory-fitted with armor plating which reminds us of the past Mercedes models owned by the likes of designer Coco Chanel and former Philippine leader Ferdinand Marcos. But the most distinctive feature of the S-Class Pullman will be its seating layout. According to the Bloomberg, the car will have three rows of seats in the 2+2+2 layout in which the rear two rows will face each other. They will be separated from the front row through a partition window to allow discretion from the chauffeur. Under the hood, the Mercedes-Benz S-Class Pullman will likely come with a 5.5-liter biturbo V12 or a 4.6 liter twin-turbo V8 engine. The Pullman will extend the Mercedes’s high-margin flagship into a line of six models, double the number of variants in the past. It would be interesting to see how the million dollar S-Class will perform against the likes of popular and more established ultra-luxury brands like Bentley and Rolls-Royce. 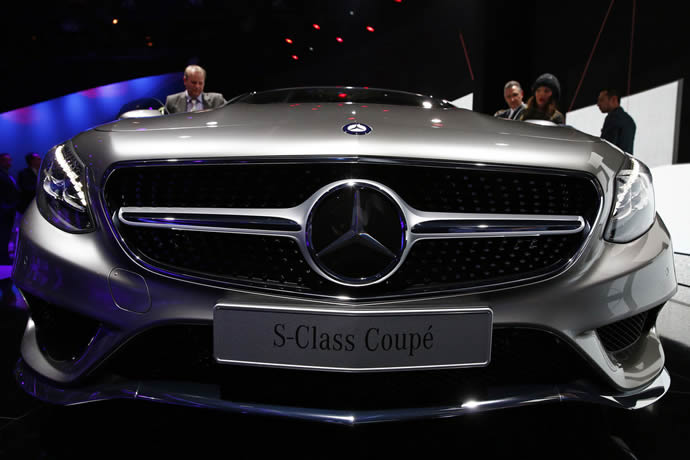