IWC Schaffhausen has partnered with Hot Wheels to celebrate the 78th Goodwood Members’ Meeting by introducing the IWC x Hot Wheels Racing Works collector’s set. The watch brand’s motorsport team, IWC Racing, lined up on the grid for the Stirling Moss trophy with Austrian racing driver Laura Kraihamer piloting the iconic Mercedes-Benz 300 SL “Gullwing”. The vintage Mercedes with a custom livery has been taking part in exhibition runs since 2017 and was last seen two years ago driven by racing legends David Coulthard and Bernd Schneider. The celebratory collector’s kit includes a special edition timepiece and a 1:64 scale model of the IWC Racing’s Mercedes-Benz Gullwing. 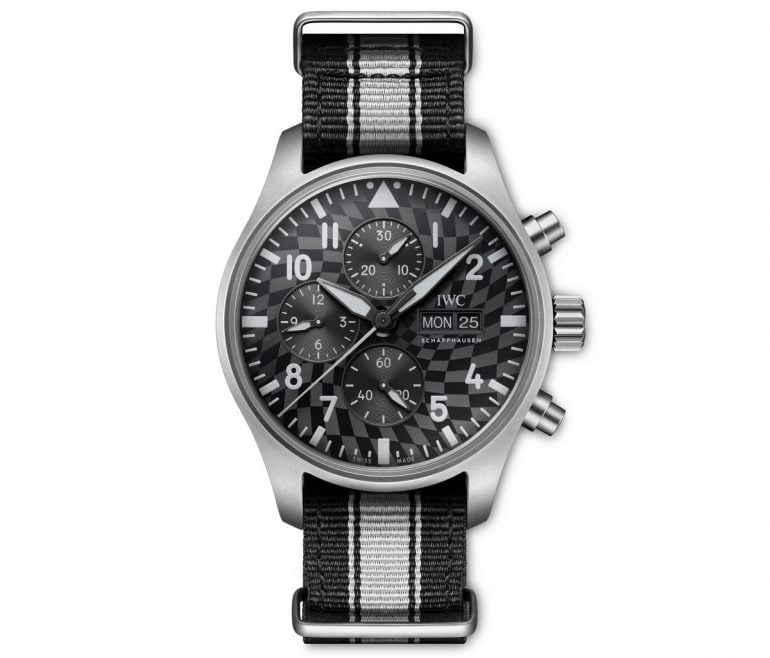 The special edition timepiece is based on IWC’s Pilot’s Watch Chronograph Edition and it wears a grey and black look that matches the custom livery of the Gullwing. The 43mm matte blasted titanium case features the familiar aesthetics, including the narrow sloped bezel, long tapering sporty lugs, and the series’ distinctive inverted chronograph pushers. The case is also engraved with Hot Wheels flame logo on the side. The dial boasts a checkered flag pattern in black and grey. The overall layout of the dial is identical to the Pilot’s Watch Chronograph Edition. 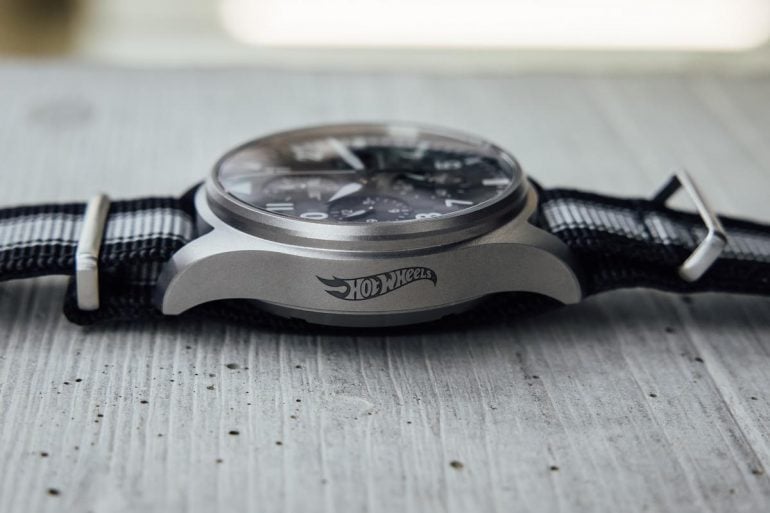 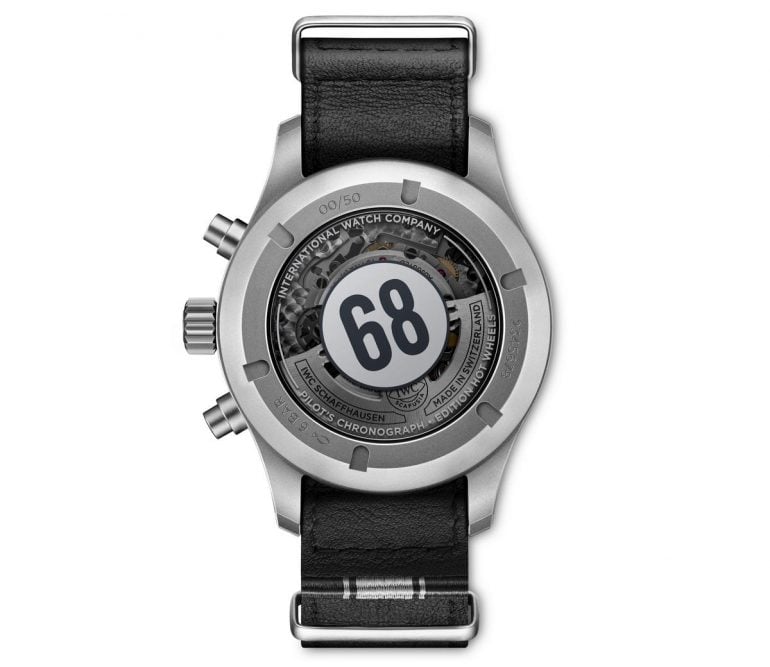 The other part of the collector’s set is an exclusive Hot Wheels replica of IWC Racing’s Mercedes-Benz 300 SL Gullwing race car. The toymaker claims it to be the most detailed 1:64 scale car Hot Wheels ever made. The scale model also features the Gullwing’s racing number, which is not only a nod to IWC’s founding year of 1868 but also coincidentally celebrates Hot Wheels’ founding year of 1968. “It was a chance meeting with Hot Wheels designer Manson Cheung that kick-started our partnership,” Christoph Grainger-Herr, CEO of IWC Schaffhausen stated. “Our shared passion for automotive design and mechanical watches led to a meeting between the design teams of both brands at the Mattel Design Center in El Segundo. We instantly connected, speaking the same language of design, art, and engineering.” 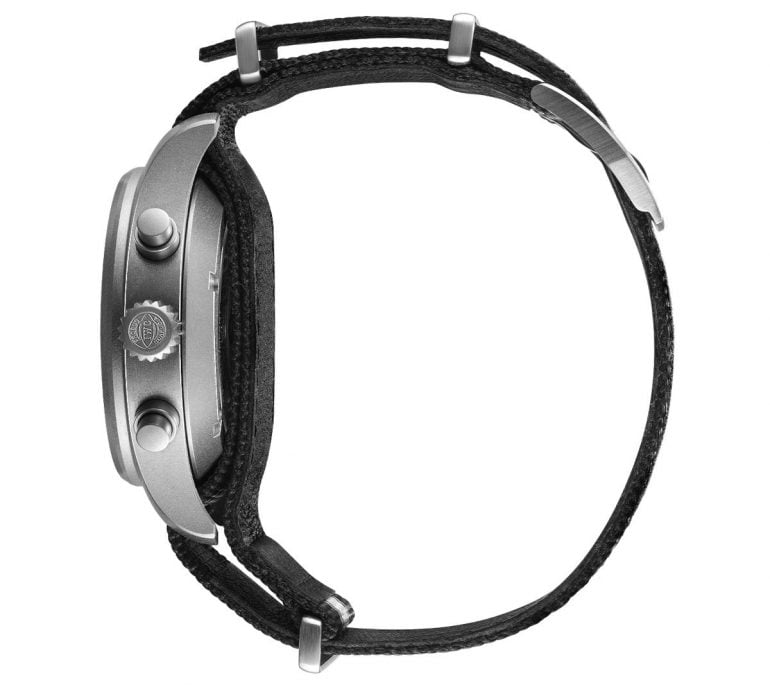 A total of 50 numbered examples of the IWC x Hot Wheels Racing Works collector’s set will be made. The first set will be auctioned off online by Bonhams with proceeds benefitting the Two Bit Circus Foundation. The remaining 49 will be available later in October with a price tag of $10,000. 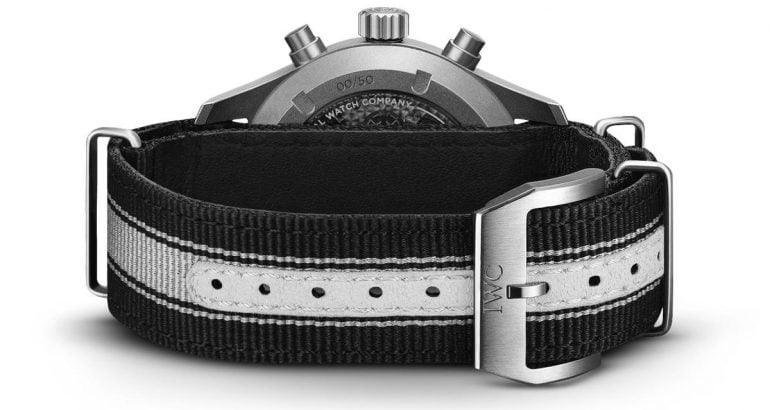 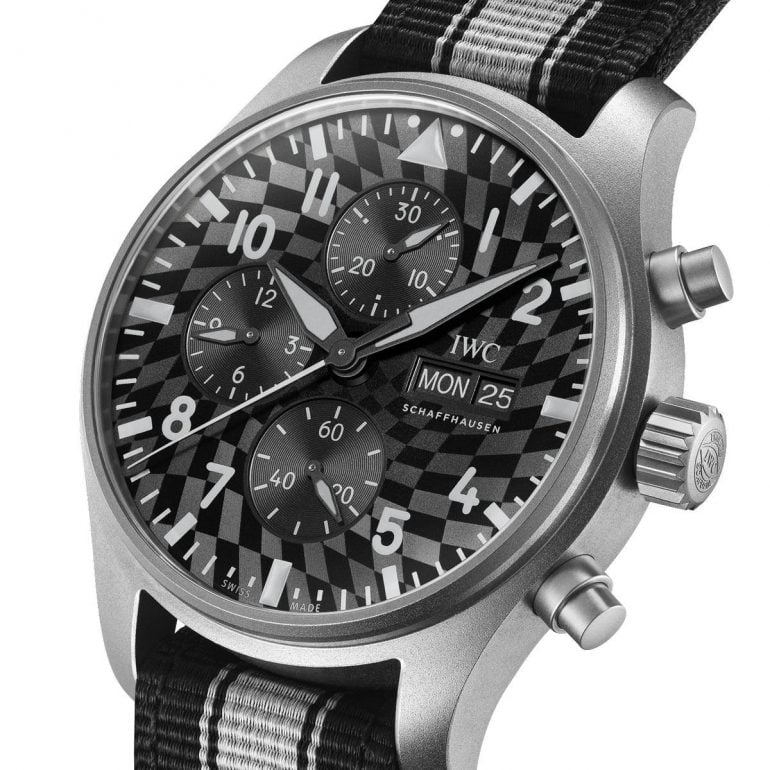 Tags from the story
IWC, Mercedes-Benz