Who knew the cabin of a sports sedan can be transformed into one of the coolest gaming stations! Lexus has officially revealed the first-ever vehicle designed by and for the Twitch community as the ultimate gaming space. Called the Gamers’ IS, the immersive gaming vehicle was created as a part of a unique promotional campaign that saw Lexus team up with the Twitch community. Popular Twitch streamer Fuslie held a Livestream that that got over 554,000 unique viewers to vote and choose from different modification options and features to bring the most intriguing crowdsourced cars to life. “The Twitch community dives headfirst into their passion of gaming, just as we did in designing the new 2021 Lexus IS as a pure expression of a sports sedan,” said Vinay Shahani, vice president of marketing at Lexus. “We asked for their help designing their dream gaming space, and they answered in spades. Together, we created the ultimate fusion of design and performance in automotive and gaming.” 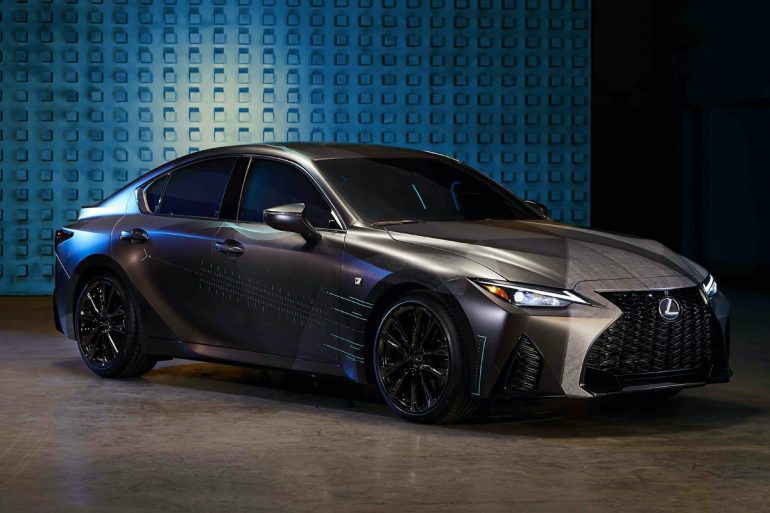 Based on 2021 IS 350 F Sport, Lexus worked with fabrication experts at SCPS to create the Gamers’ IS. Starting with the exterior, the gaming vehicle is wrapped in an “Infiltrate” vinyl wrap that was picked by 48 percent of the viewers. On the inside is a “Neon Tokyo” interior that was voted by 55 percent of the viewers. The ceiling features a colorful installation made of programmable RGB LED lights, which along with neon elements inside the cabin give the effect of Tokyo’s metropolis. The car also features Smart Tint on the windows that dim the cabin for the most optimal gaming conditions, along with an animated backdrop on the rear window that can be programmed to feature the Tokyo nightscape. 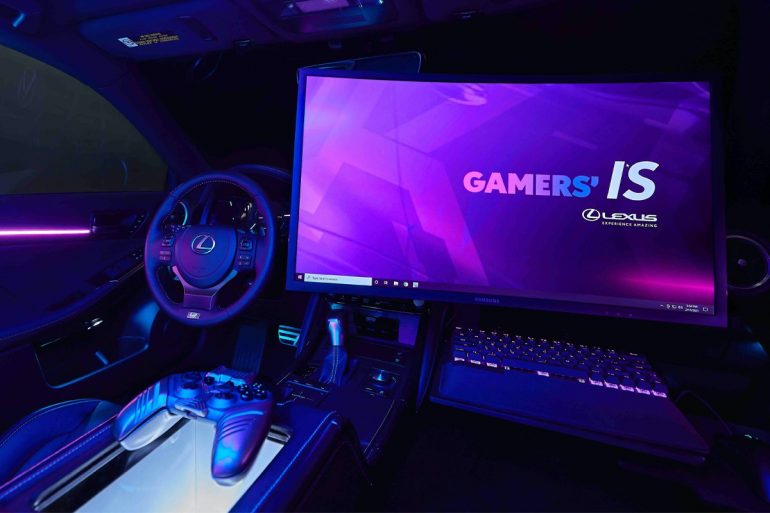 The highlight of the cabin is a custom-built gaming PC with an MSI Gaming GeForce GPU + AMD CPU. For the set-up, 64 percent of the Twitch streamers voted on a curved monitor, along with a Cyber-designed, one-of-a-kind 3D printed game controller in dark teal, metallic space gray, and accented in neon voted by 42 percent. The gaming station also includes a retractable keyboard and mouse platform, which is joined by a six-drink center console cooler. Interestingly, 61 percent of voters chose coffee drinks as their “game fuel” of choice. The cabin is fitted with a fog machine and automated RGB lasers to add to the dramatic experience. 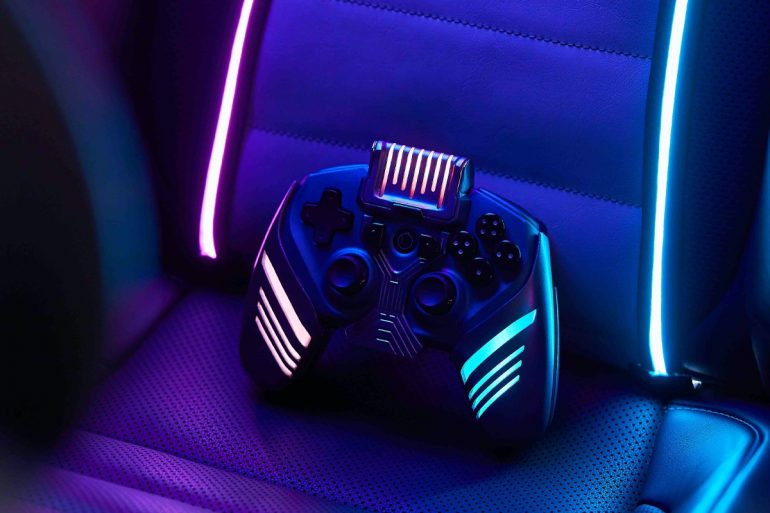 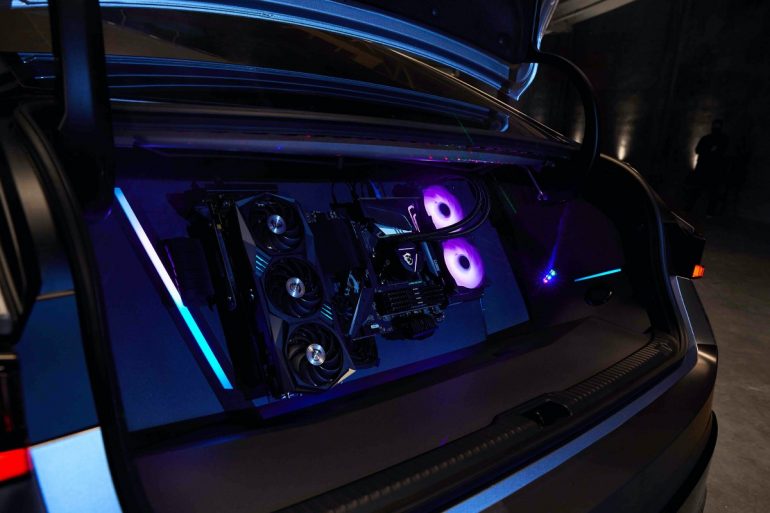