Unless you have been living under a rock, you must be aware of Dubai Police’s grand fleet of exotic patrol cars that include the likes of Bugatti Veyron, Lamborghini Aventador, Ferrari FF, and Aston Martin One-77. It’s been a while since the high-performance fleet saw new additions and we were wondering what could be the next exotic machine that’ll added to the mix. The newest to join the department is a 2015 V8-powered Lexus RC F. The 467-hp Lexus RC F might be an amazing addition for any other police force in the world, but it looks a bit modest in front of the rest of the beasts in the motor pool. Nevertheless, the Lexus with green and white police livery and a roof-mounted light bar looks cool.

Similar to the rest of the cars in the fleet, the RC F will be used to patrol popular tourist hot spots in order to promote Dubai, as opposed to chasing after speeding supercars. Major-General Khamis Mattar Al Mazina, Commander-in-Chief, Dubai Police, who launched the vehicle, said this high-speed and powerful sports car would enhance security operations in the emirate. 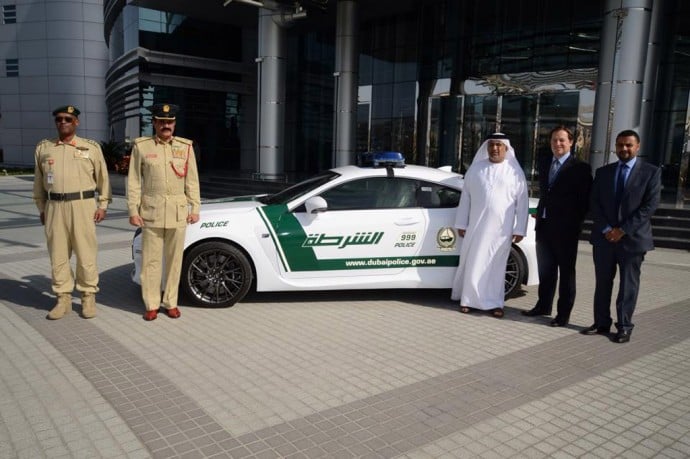 Tags from the story
Dubai, Lexus