The very first Tecnomar for Lamborghini 63 yacht allocated for North America has finally been delivered and is currently docked in Miami, Florida. The limited-edition luxury speed boat was brought in by Prestige Marine which happens to be one of the most successful luxury automotive dealers in the US. The Tecnomar Lamborghini 63 yacht was spawned out of a collaboration between Automobili Lamborghini and The Italian Sea Group. Unveiled back in 2020, the luxury vessel is limited to just 63 units globally to commemorate the founding year of Lamborghini Automobili (1963). Furthermore, the speed boat’s length also measures 63-foot, while it can attain a top speed of 63 knots as a reference to the year the iconic Italian marque was founded. 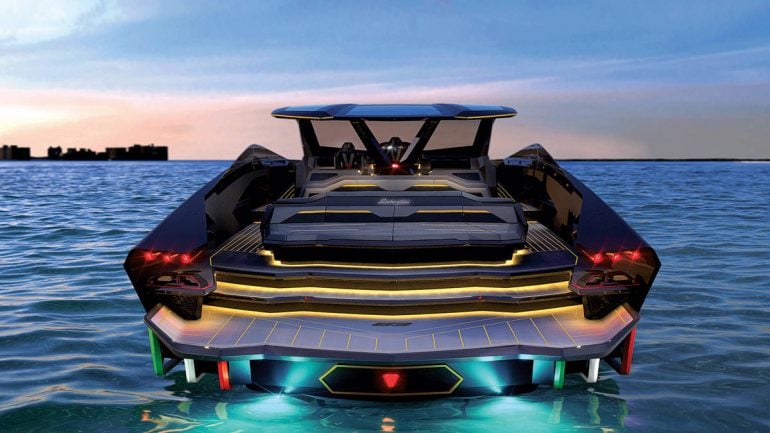 “The Tecnomar for Lamborghini 63 is one of the most unique yachts in the world with its uncompromising design, performance, and handling. 1963 is the founding year of Lamborghini, so that number appears throughout,” comments Brett David, CEO of Prestige Marine. 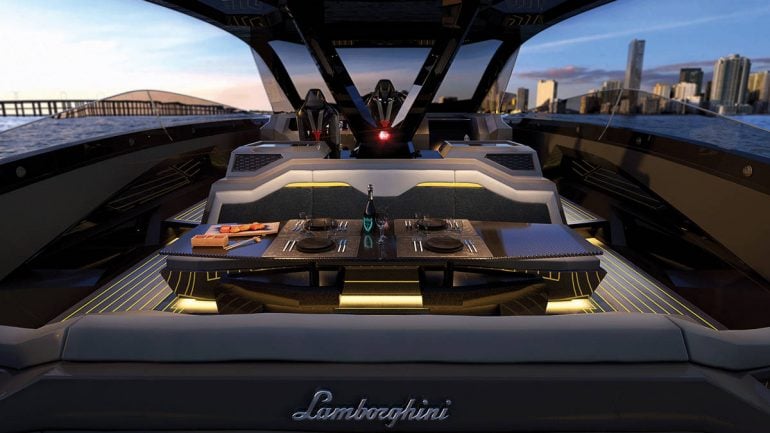 He added “And with that, we have a 63-foot boat that has a top speed of 63 knots, a total number only 63 being built, all paying homage to Lamborghini’s original starting date of 1963.” 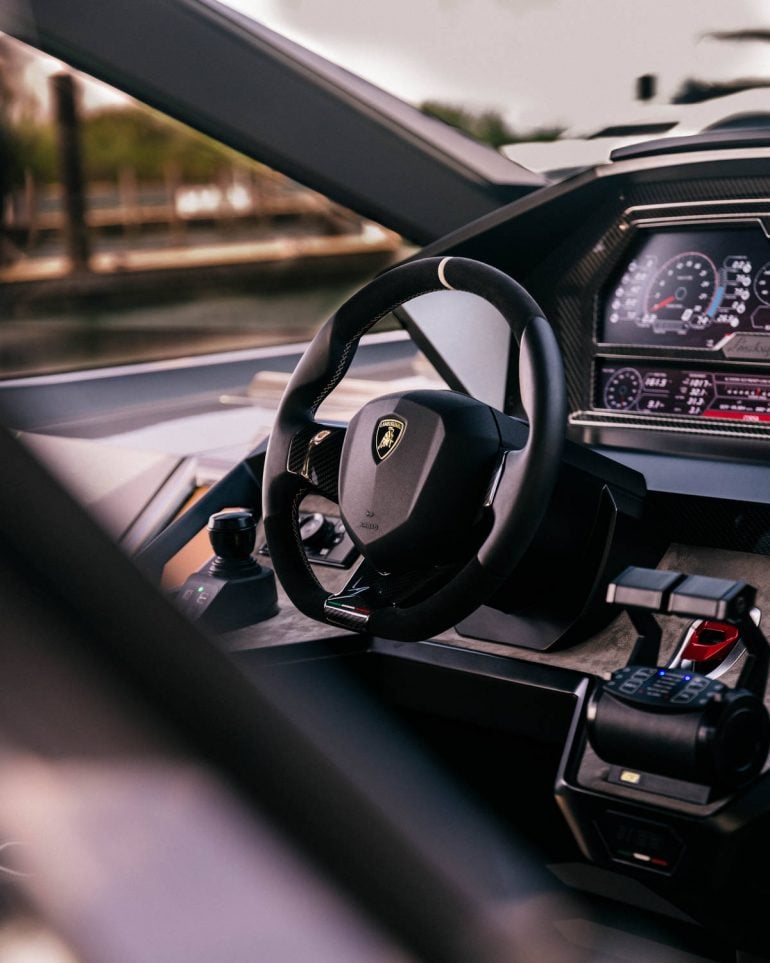 The Tecnomar for Lamborghini 63 yacht to be delivered in North America was commissioned at Italian Sea Group’s state-of-the-art production facility near Sant’Agatha Bolognese, which is located very close to the Lamborghini headquarters. Prestige Marine worked closely with Tecnomar to customize the yacht according to the preferences of the client – a Lamborghini enthusiast and collector. 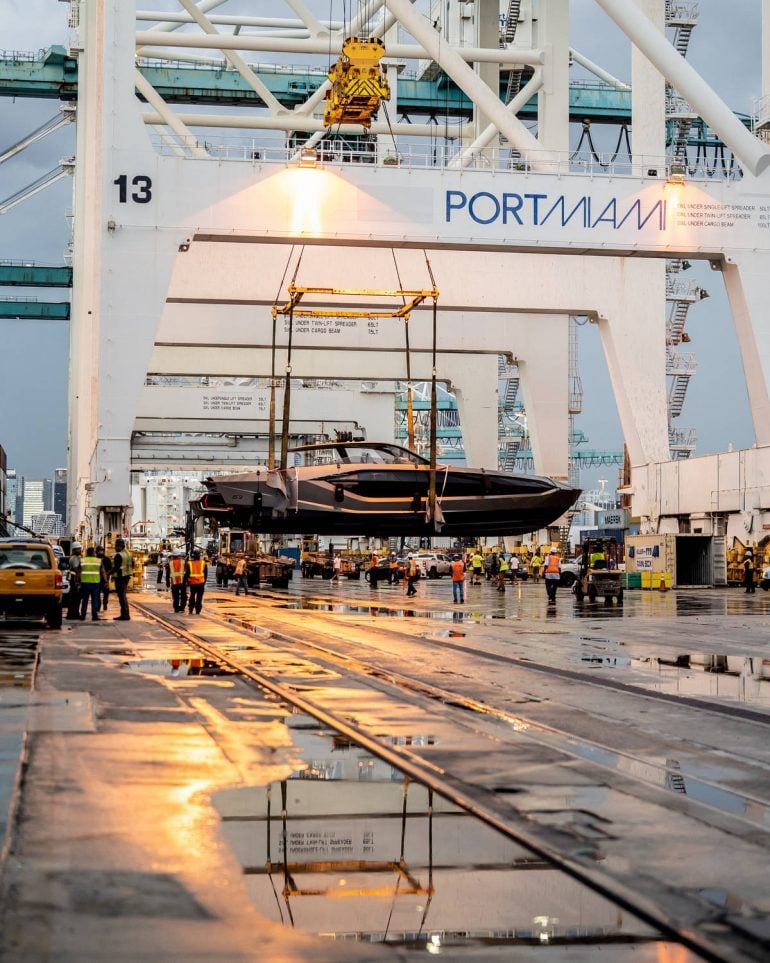 The client even consulted with his friends and family throughout the commissioning process. The vessel features an eye-catching color combination of gray and black both on the outside as well as inside. 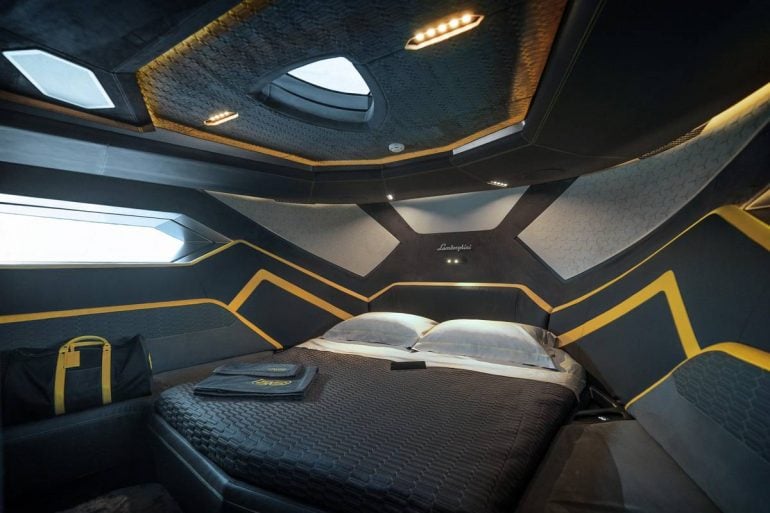 The Tecnomar for Lamborghini 63 beautifully captures all the qualities that are synonymous with Lamborghini. In terms of design, it shares plenty of styling elements with the Italian carmaker’s latest supercars, especially with the limited-production Lamborghini Sian FKP 37. This includes the use of hexagonal shapes, sharp body lines, and a headlight design that resembles the Y-shaped lamps on the Sian. 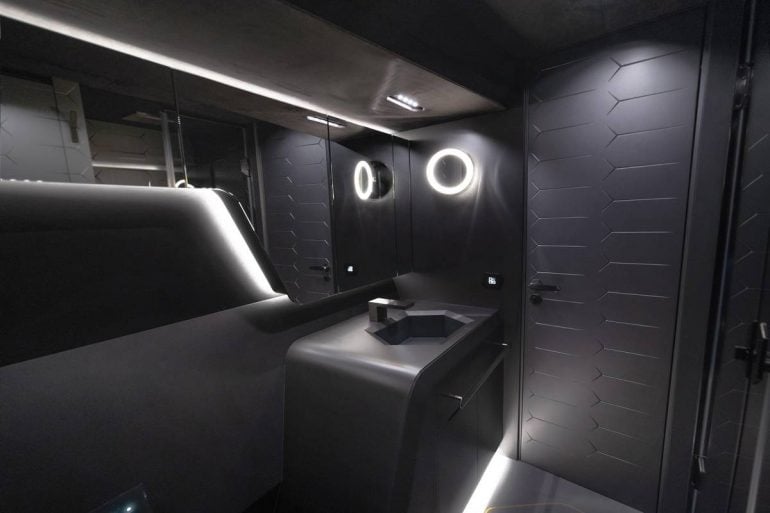 As far as the powertrain is concerned, the luxury speed boat is equipped with a pair of powerful MAN V12 2,000 hp engines that can propel the 24-ton vessel to a top speed of 63 knots. Although the price of this particular Tecnomar for Lamborghini 63 has not been revealed, the vessel was originally launched with a starting price of $3.5 million. 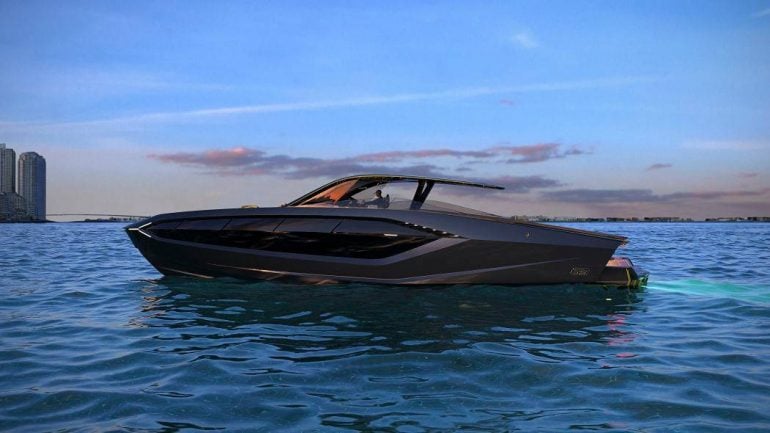 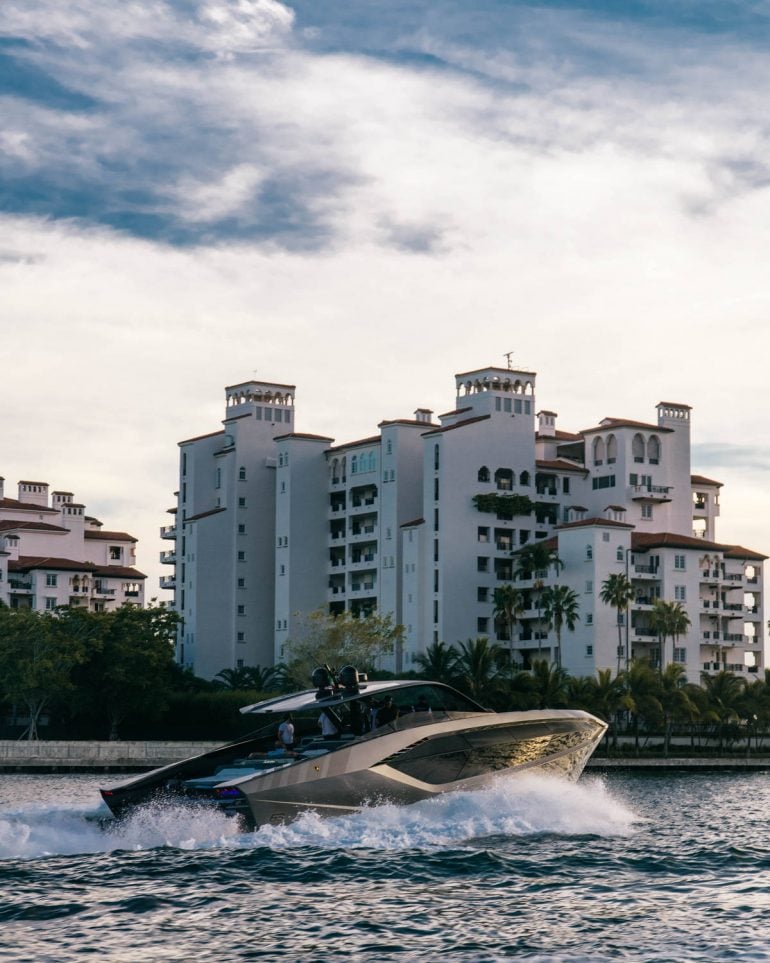 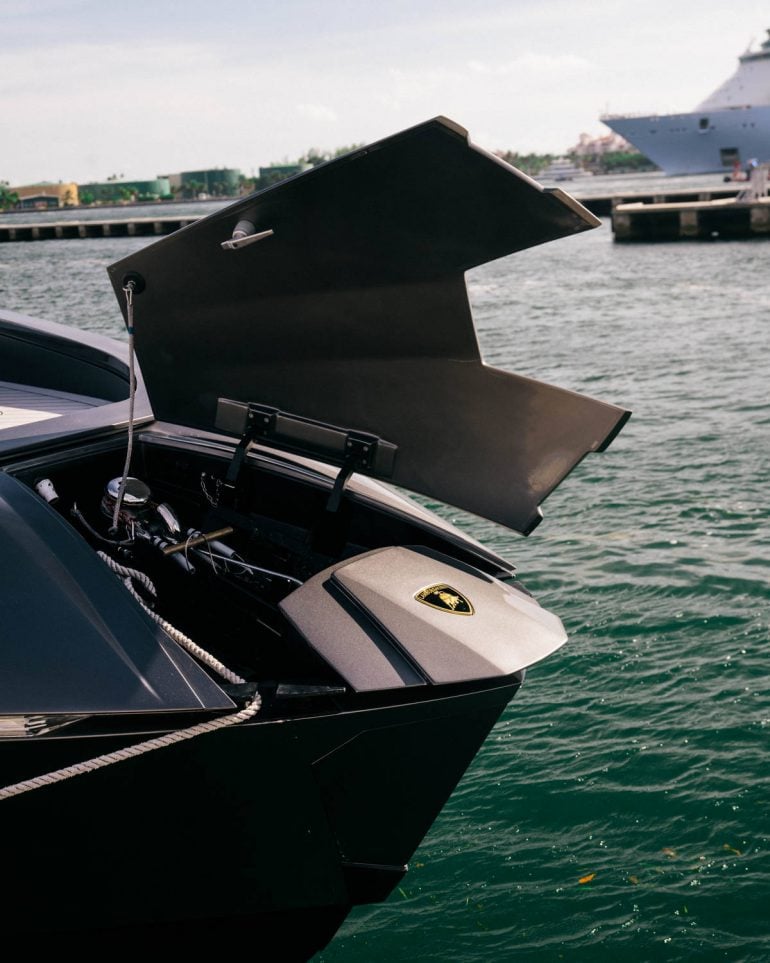 Tags from the story
Lamborghini, Yacht