The traffic fines in some of the European countries are really scary! A couple of years back, a Finnish millionaire was asked to pay a fine of whopping $60,000 for crossing the speed limit, while the $ 1 million speeding fine issued in Switzerland could still be the highest of its kind. However, these fines no matter how outrageous are still not quite able to stop traffic offenses from being committed. Recently, a judge in Germany came up with a punishment for a young reckless driver that would sting a lot more than just paying a massive traffic fine. To teach the offender a lesson he would remember forever, the judge not only ordered him to pay several fines and go without a license for a full year but also sell the car in which the offense was committed.

The man in question is a 23-year-old from Ludwigsburg, Germany, who was booked for trying to evade the police along with several other offenses in April. Allegedly, the young driver was doing burnouts in his BMW 440i while hanging out with friends in a square. When the police arrived, he panicked and tried to flee from the scene. Although an officer attempted to chase the BMW, the police were simply not able to keep up with it and the chase got seriously dangerous for others on the road. It is said that the 23-year-old drove through red lights and over sidewalks during his escape. 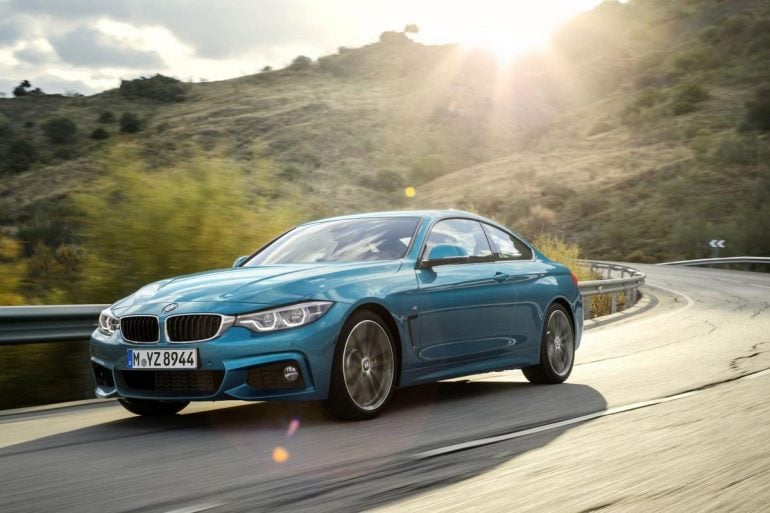 “I got the maximum out of our official vehicle with its 192 hp (194 PS/143 kW) and could not follow him. I gave up in Marienstraße because I could no longer be responsible for the 120 kilometers per hour (75 mph) there,” the officer said, per Germany’s Stuttgarter Nachrichten.

In court, the BMW driver admitted to speeding and trying to flee the police, but claimed that he had some sort of “blackout” when he saw the cops and blamed it on stress caused by the pandemic. The offender also visited a traffic psychologist between the arrest and his sentencing, which was acknowledged by the court. However, the judge, Anne Bollacher, passed a sentence asking the driver to sell his car within three months and will be required to give €7,000 (a little more than $8000) of the proceeds from the sale to the state treasury. The Beamer will be confiscated if not sold. “A fast car is not a toy, but becomes a weapon,” Judge Bollacher said. “The young man could have seriously injured a mother with a stroller or a pedestrian during his escape.”

Tags from the story
BMW, Germany