Pagani Zonda is one of the most special hypercars ever created in automotive history; a reason why it’s still highly desirable amongst car collectors even after 20 years since it made its debut. And the boutique automaker has come up with a unique way to celebrate the 20th anniversary of the hypercar and the brand. Sighting a Pagani Zonda is incredibly rare but automobile enthusiasts will be treated with not one but 5 Zondas parked together if they pass through New York’s Grand Central Terminal. What makes it even more special is the fact that Pagani Zonda was never officially sold in the US. “As part of Pagani’s worldwide Zonda 20th Anniversary celebrations, the Zonda Collection was always coming to America. When faced with the task of finding a suitable location for such a prestigious display, we performed an extensive search of the country’s most iconic venues to find one that represented the same spirit of engineering, ingenuity, and passion that went into the first 20 years of the Zonda,” said Michael Staskin, CEO, Pagani Automobili America. “What we found was Grand Central Terminal, a globally recognized hub of transportation, iconic history, timeless design and passion in one of the world’s greatest cities, New York.” 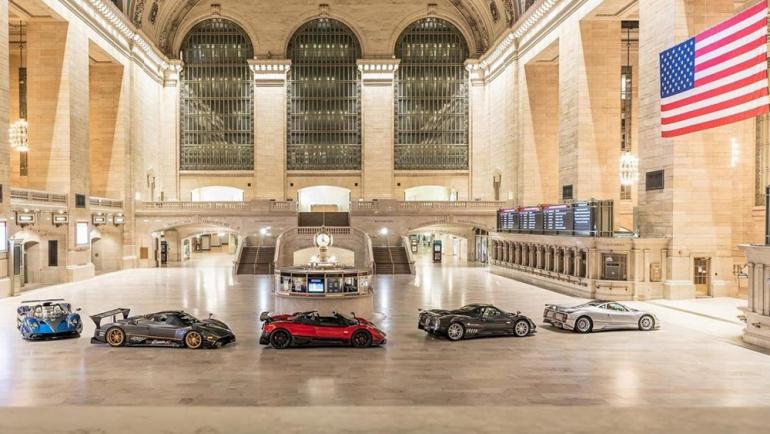 The Zonda collection will be on display at the terminal from November 1st to 8th and more than 750,000 people passing through it every day will be able to view it. The collection includes a Zonda R, Zonda F, Zonda Cinque, Zonda HP Barchetta, and the very first Zonda production car that introduced Pagani to the world at the 1999 Geneva Motor Show. Also part of the display is a Huayra Roadster BC that debuted earlier this year during Monterey Car Week. Along with having a look at the car collection, visitors can also learn about the history of company founder Horacio Pagani showcased through something called the “Pagani, The Story of a Dream.” 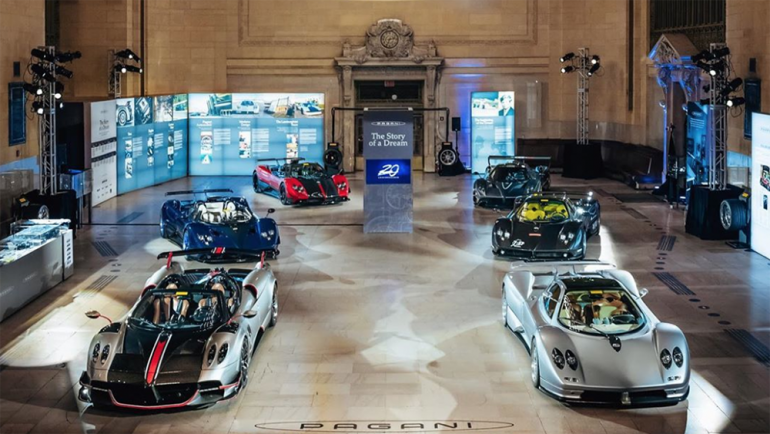 Tags from the story
Hypercar, Pagani