Before automobiles became more common in the 20th century, street vendors selling fruits and vegetables from colorful, animal-drawn carts (mostly drawn by horses) were a common sight in many parts of the world, often described by the phrase arabber. But a man in Turkey gave arabbing a very modern and attention-grabbing twist by selling watermelons on a very expensive cart drawn by one angry, Italian bull. Assumed to be of Arab origin, an unidentified person started selling watermelons for five liras (60 cents) stacked inside the front trunk (or frunk) of a purple Lamborghini Aventador. The incident happened one of the busiest roads in the Beyoğlu district of Istanbul, Turkey and quickly became a widely shared story across the country. 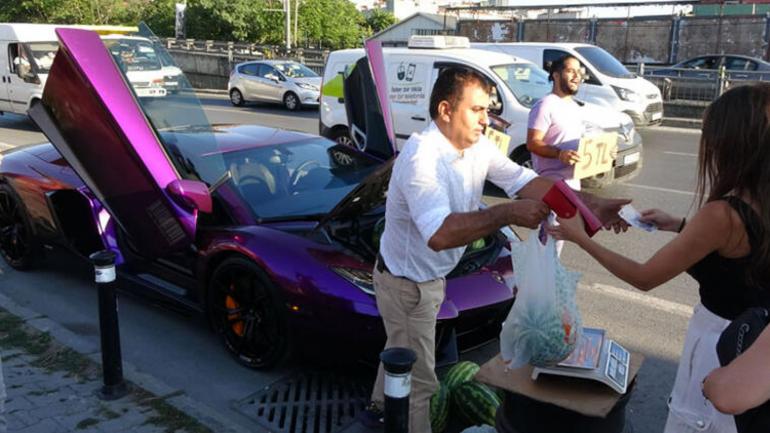 According to a report by Turkish news website t24, the vendor selling melons on a Lamborghini supercar quickly pulled a sizable crowd who lined up to buy the fruit and catch a glimpse of the low-slung Italian exotic. When reporters showed by at the scene, the mystery Lambo owner jumped into his supercar and sped off. He also dumped the melons on the sidewalk before disappearing from the location, without revealing his identity. A search on the license plate revealed that the Lambo is registered at the southern province of Antalya in Turkey. No one really knows the real motive behind this, but it could very well be one of those internet stunts to gain popularity. However, what we know is Lamborghini will not be too pleased with this; we know how Italian supercar manufacturers react to such publicity stunts. Remember when Ferrari sent a cease and desist letter to deadmau5 for wrapping his 458 in a Nyan Cat-inspired wrap? 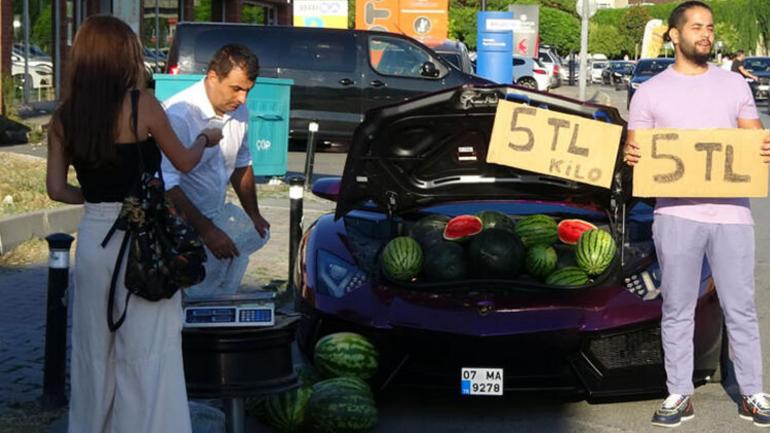 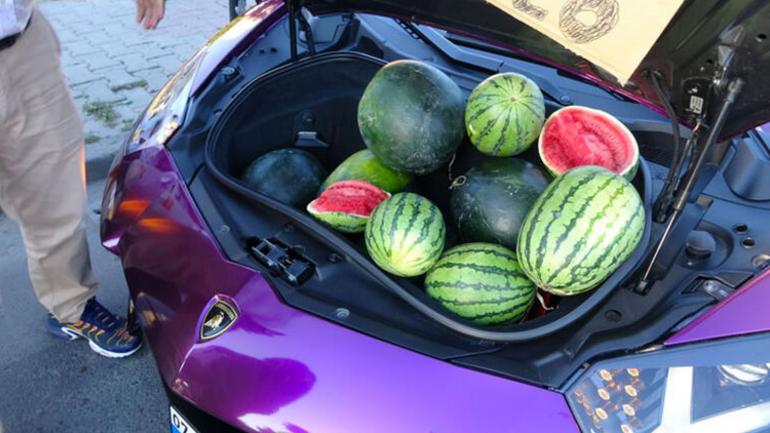 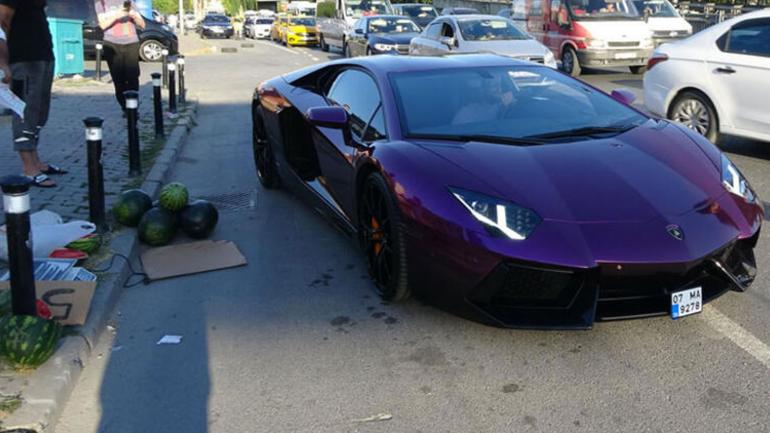 Update – The car belonged to an Iranian whose initials are M.H.F., while the passerby’s were entertained by the incident the cops were not. He was fined an equivalent of $165 for “using a vehicle outside of its registered purposes” and his car was banned from the streets for 15 days.