Porsche recently unveiled the 992-generation 911 Targa 4S, and now the German carmaker has introduced a special edition based on the sports car to celebrate its illustrious past. The new 2021 Porsche 911 Targa 4S Heritage Design Edition is the latest from the company’s exclusive Manufaktur division and features details that evoke design touches from the early days of Porsche as an automobile manufacturer. It’s the first of the four Heritage Design models planned by Porsche. Limited to just 992 units as a reference to the internal designation for the eighth generation 911, the Targa 4S Heritage Design Edition carries a starting price of $180,600 (plus a $1,350 destination fee); deliveries in the US are expected to start in late 2020. 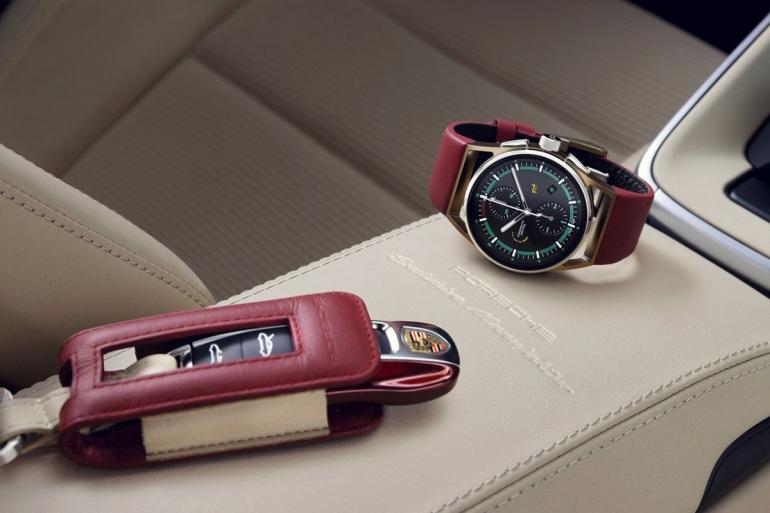 The Targa Heritage Edition in the pictures released by Porsche features a Cherry Metallic paint job; however, Porsche is offering four other paint schemes for the special edition. The special design touches on the outside include white stripes on the top of the front fenders and the lower side of the body, special Carrera Exclusive Design five-spoke wheels inspired by the classic Fuchs design, gold badges, and a Porsche Heritage logo. The cabin is upholstered a 50’s two-tone corduroy material. Mechanically, the Heritage Design Edition is near identical to the standard 911 Targa 4S that debuted recently; it will be available in both seven-speed manual for purists and PDK dual-clutch automatic transmission. 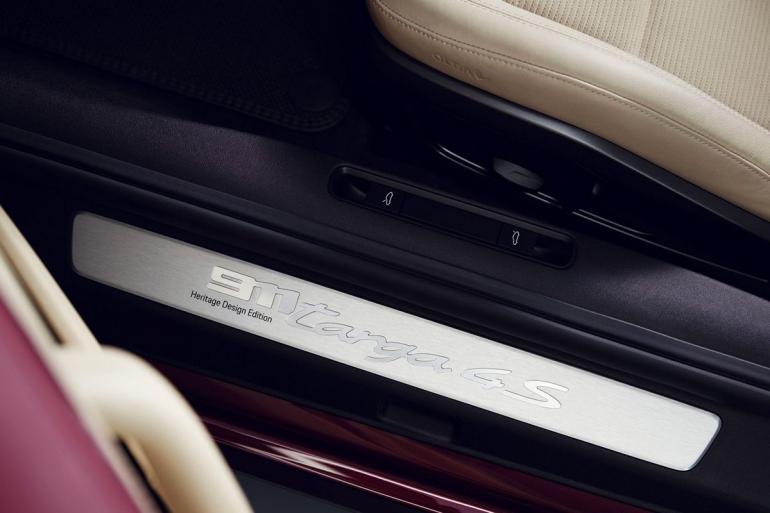 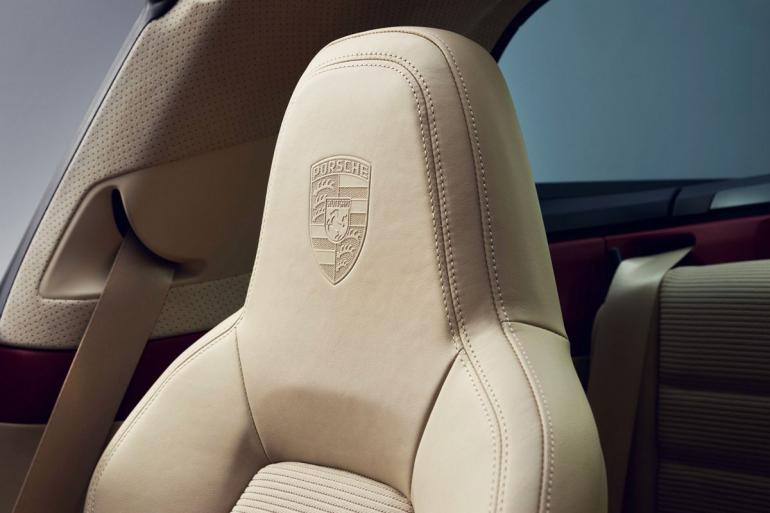 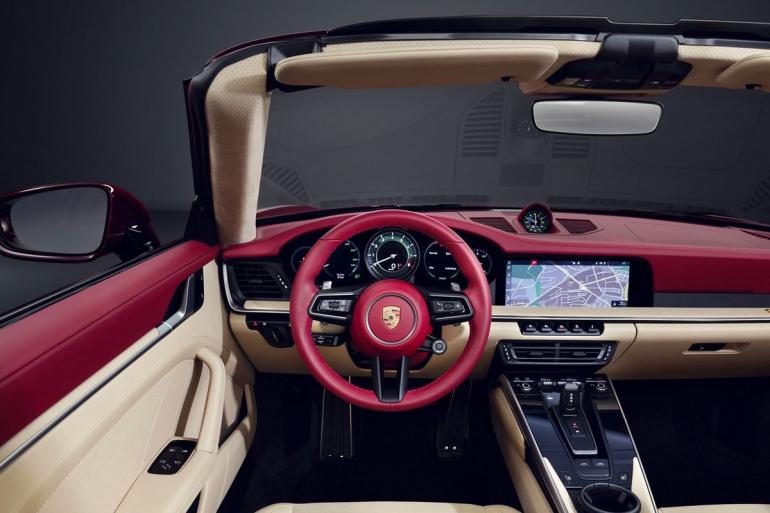 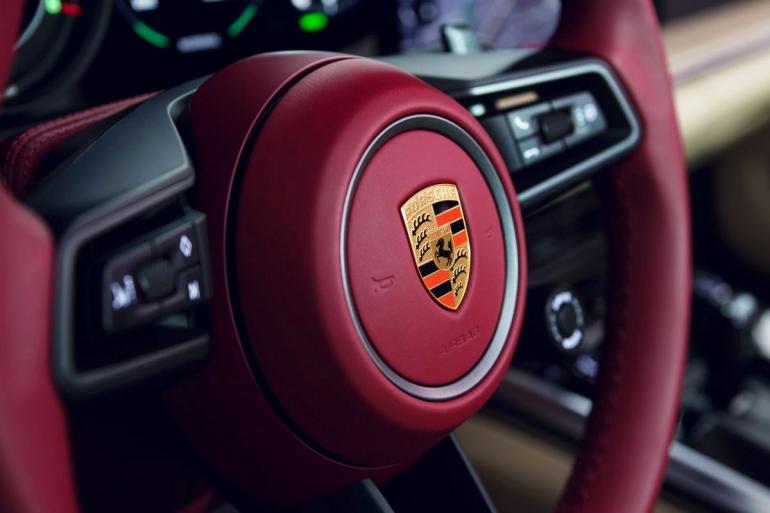 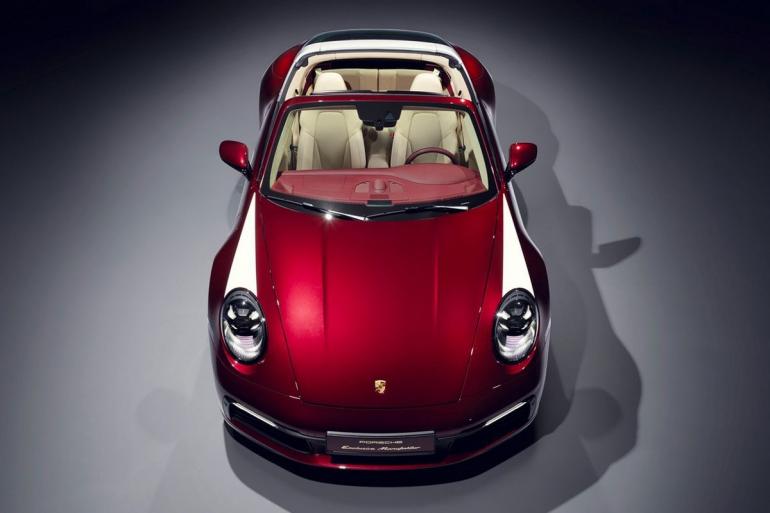 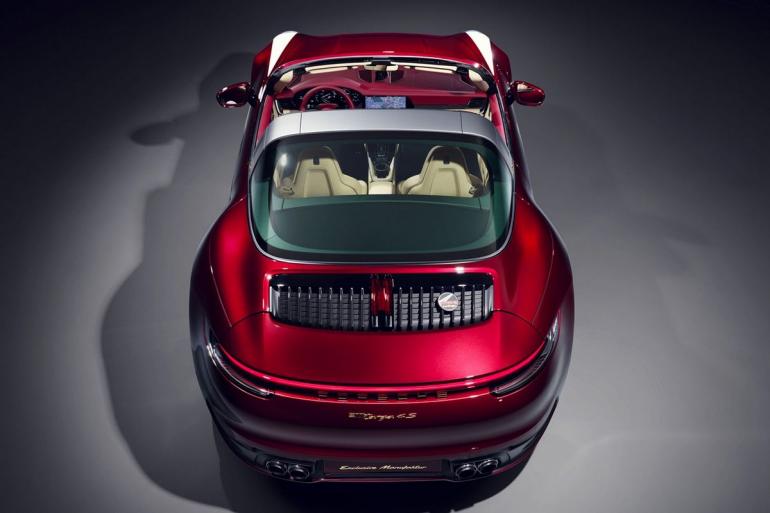 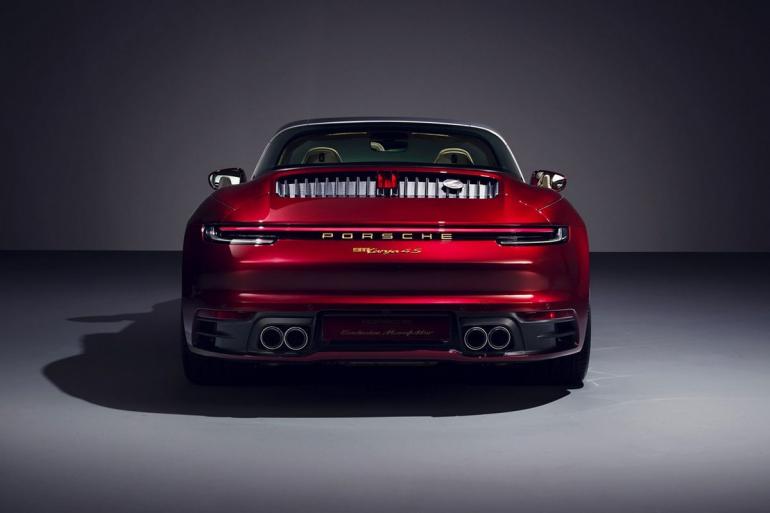 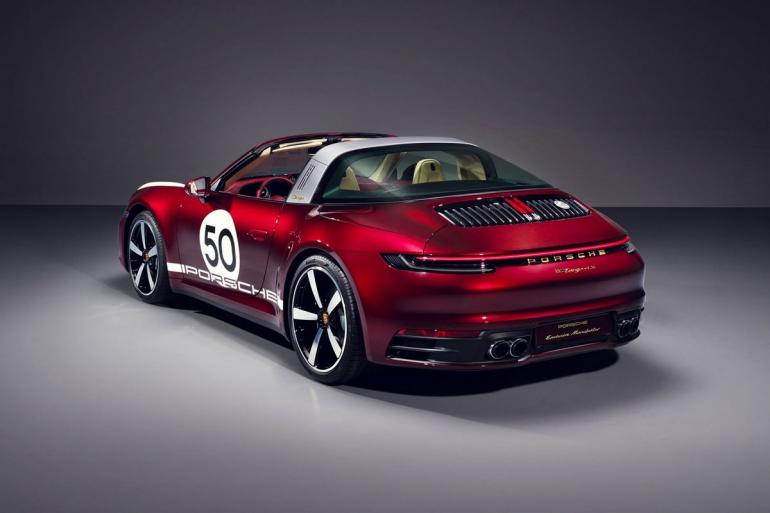