It’s a common practice by the private jet owners to customize their planes according to their own needs and taste. But mostly the customization done to jets is limited to the interiors of the aircraft like the gold-plated interior of the private jet owned by the president of Ukraine. We rarely come across private jets with tasteful customized exterior paintjob with the exceptions of jets customized by Brabus and Vistajet’s private luxury jet painted with street art. But French aircraft painting specialists named ‘Happy Design Studio’ has wrapped a private jet in gradient stripe pattern which has caught our attention. A bombardier global 5000 aircraft has been transformed by the ‘livery project’ by the French company by covering the exterior of the private jet with a fading, stripped pattern, which we must say looks subtle yet very appealing.

While designing a project, the process from ideation to execution has to smoothly flow from one onto other for it to come out perfectly. The custom paintjob on the jet is based on a ceramic tile detail taken from the interior’s luxurious table ware set and consists of five lines of color and a series of 150 vertical stripes which were painted over the entire body. The paint gradually merges from white to fully blocked out at the rear of the aircraft. The engine cowling has similar pattern but the orientation is horizontally set. This is probably one of the best custom paintjobs we have seen on a private jet and just shows how the exterior of a private jet can be completely transformed with special paint patterns. 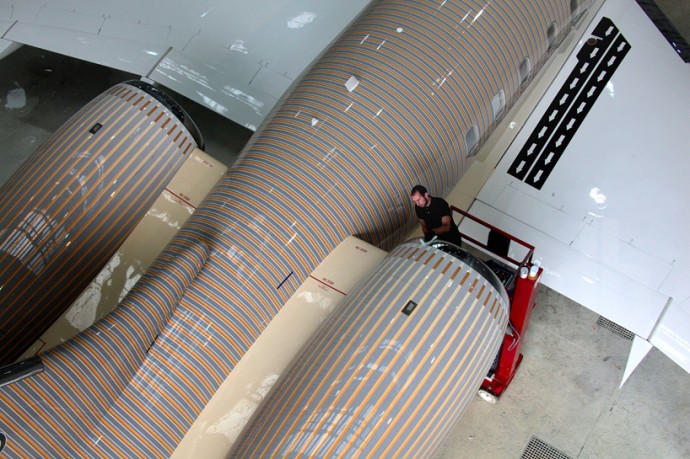 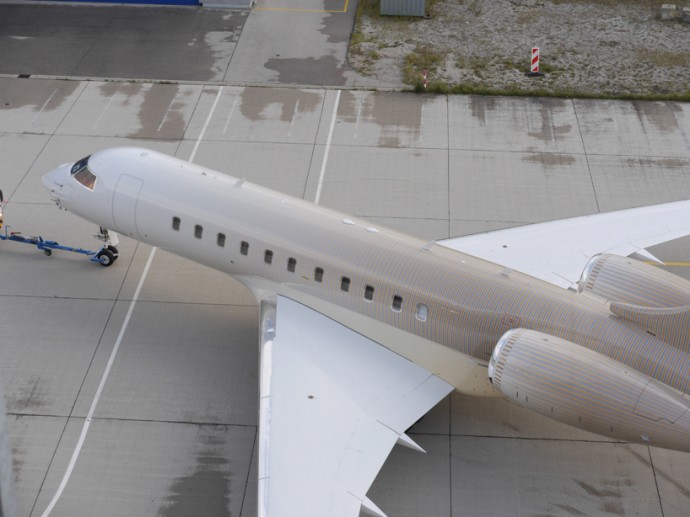 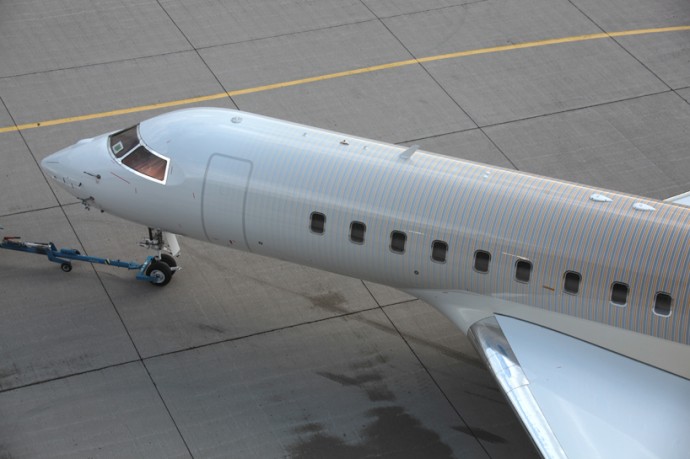 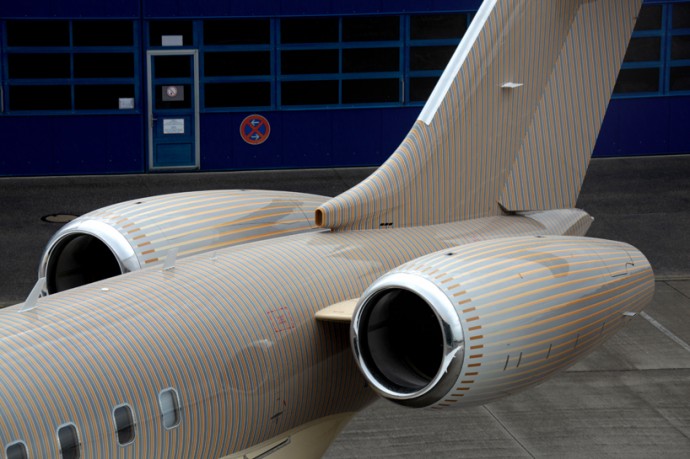 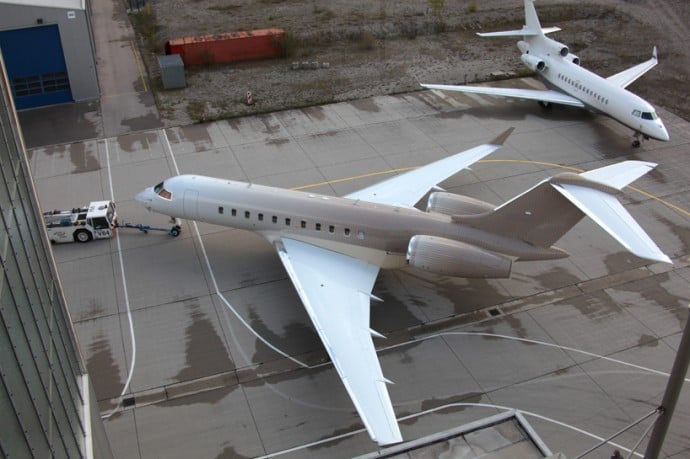 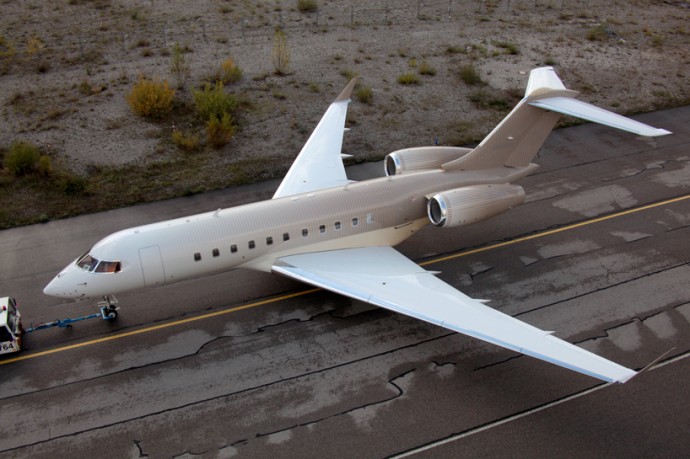 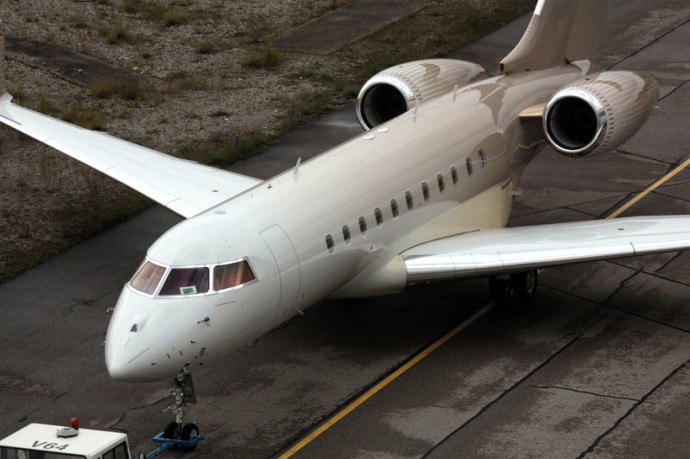 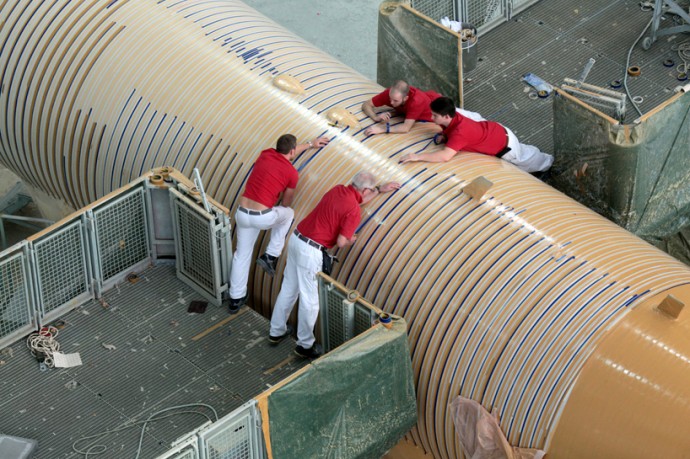 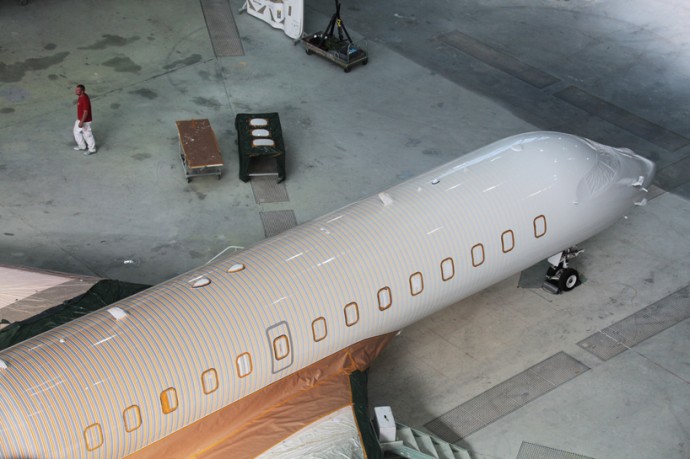 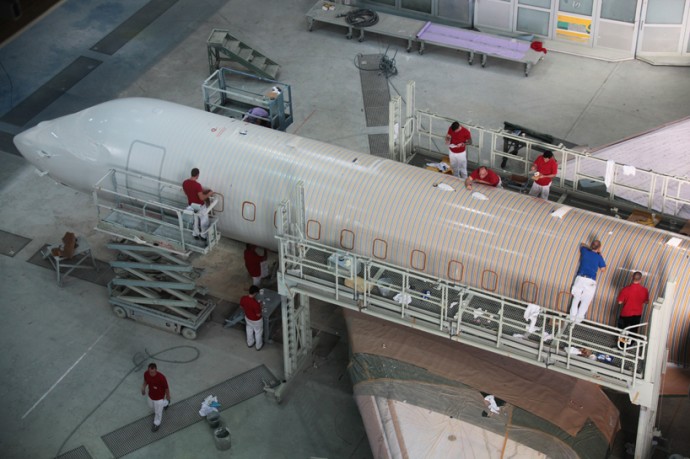