Most people often complain that modern American muscle cars don’t have enough space for rear-seat passengers to call it practical. The rear seats are so cramped that they can barely fit kids. I guess that must have been the reason for the person who built a Dodge Challenger limousine, because I can’t think of anything else. But then we’ve seen people build Ferrari stretched limos, and in comparison, the Challenger limousine comes across a wee-bit easier to accept. And guess what? If you find this piece of automotive weirdness interesting, it is up for sale on eBay. Maybe, the gullwing doors might win you over. 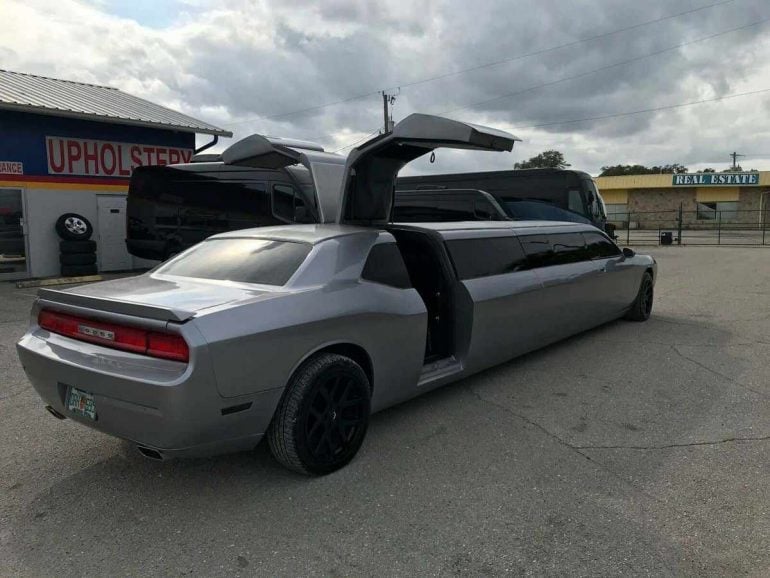 This limousine is built using a 2013 Dodge Challenger SXT as the donor car, and the conversion was done in 2015 in Florida. The Challenger is not a small car, but it has been stretched by adding 140 inches to its mid-section, making it 70 percent longer than the standard car. The conversion has also doubled the wheelbase. For entry into the rear section, the limo is fitted with three gullwing “jet” doors. The cabin is upholstered in black ostrich leather, which can very well be artificial. There’s also a big TV inside along with a dry bar with a granite countertop. According to the ad’s description, the builder spent a whopping $175,000 for the conversion and is currently owned by a business dealing in limos. However, the title shows flood damage. But the seller claims that the car has no water damage-associated problems, and it was a part of Dodge dealer writing off its entire inventory after six inches of rainfall flooded its lot. The Dodge limo has more than 80,000 miles on the odometer, and it has an asking price of $32,500. 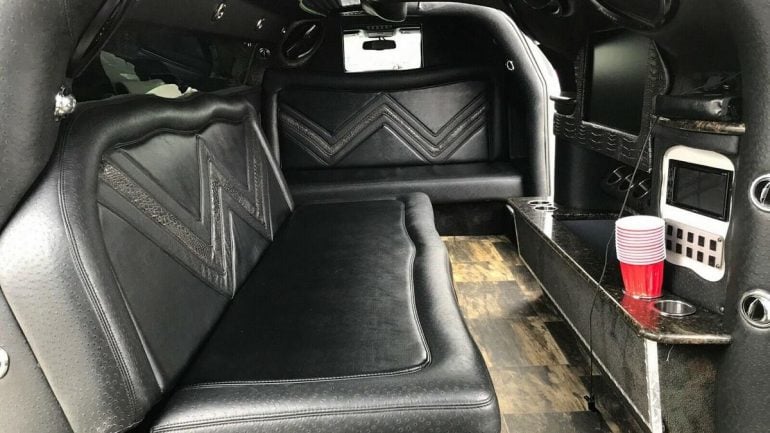 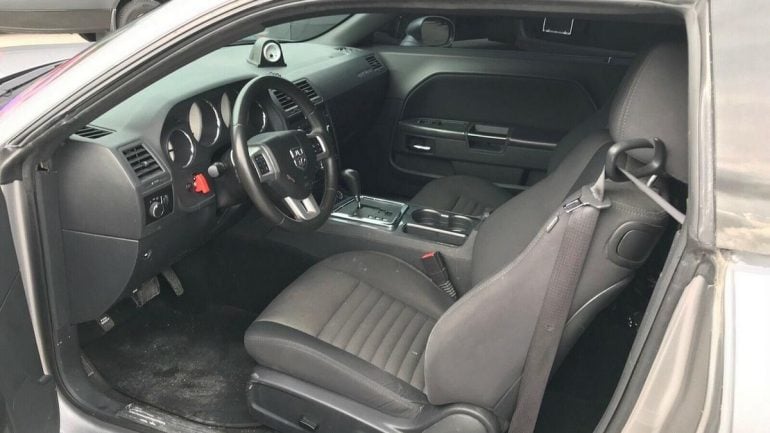 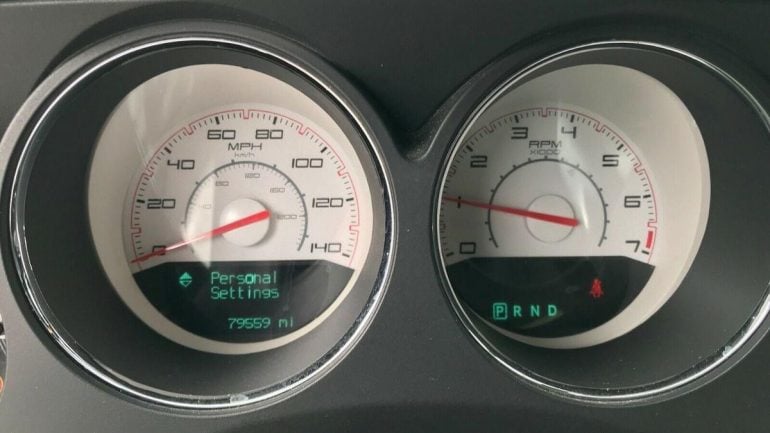 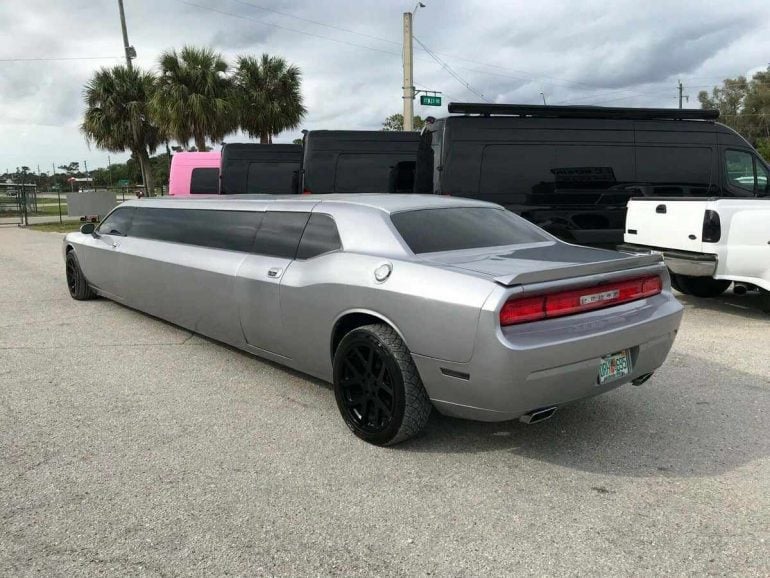