You might remember the long-wheelbase Rolls Royce Phantom with a starlight headliner showcased a year back at the Shanghai Motor Show. Rolls Royce has announced it will debut a one-off long-wheelbase Phantom Celestial at the 2013 Frankfurt Motor Show and has released a set of pictures along with specifications just ahead of the show. The bespoke Phantom features the starlight headliner along with a few more bells and whistles; most of the other things are similar to the regular Rolls Royce Phantom. 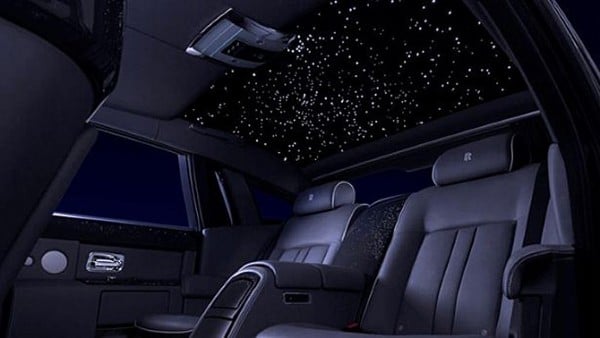 According to Rolls Royce, the starlight headliner perfectly replicates the clear starlit night of 1 January, 2003. On that special day, RR delivered its first-ever Phantom. The headliner is studded by optical-fiber lights that recreate the hue of scintillating stars. The feature can be turned off, or the intensity can be controlled. 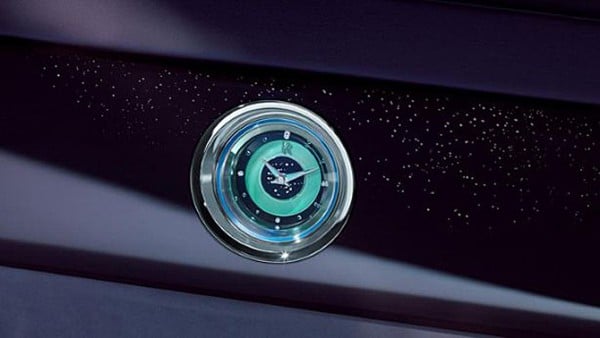 The clock in this Phantom has four diamonds and stands out from the rest of the dash. According to Rolls Royce, the dusk leather interior mimics the “inky quality of a cloudless night sky,” according to Rolls Royce. On the outside, the dark paint job is enhanced by glass particles which make it shine and give it a glittering sparkle.