Russia’s invasion of Ukraine has brought the world’s attention to Russian oligarchs and billionaires with many countries demanding their properties to be seized to put more pressure on Vladimir Putin. Amongst them is Roman Abramovich who is believed to be the 11th richest man in Russia with a net worth of around $13.5 billion. He is also famous as the owner of the Chelsea soccer club; however, the 56-year-old announced yesterday that he’s selling the club due to the ongoing war and its repercussions. But there’s growing demand to cease more of his possessions that’s worth billions of dollars. Here are some of the impressive and ultra-expensive toys owned by Abramovich that are under the threat of being impounded due to strict sanctions.

The Eclipse superyacht is the crown jewel of Abramovich’s fleet. Estimated to be worth between $600 million and $1.5 billion, the Eclipse remains to be the most expensive superyacht ever built despite the fact that it was delivered back in 2010. The uber-luxurious vessel measures 162.5 meters in length, making it the largest superyacht in the world when it left the Blohm+Voss yard after completion more than a decade ago.
The superyacht can accommodate 36 guests along with a crew of 66 and the owner’s deck alone is 56 meters in length. It is also equipped with an anti-missile system, bullet-proof glass, and armor-plating. The vessel has a 16-meter swimming pool with a base that can be raised to transform the area into a dance floor. If that’s not all, the yacht can also fit in three helicopters.
Solaris superyacht ($575 million)
Eclipse is not the only grand superyacht in Abramovich’s fleet. The Solaris is just as impressive as the Eclipse, although it’s a little smaller in size measuring 138.6-meter in length. The luxury vessel was completed last year and is believed to be priced north of $500 million, making it the second most expensive yacht in the world. The Solaris was designed by Australian Marc Newson and built by Lloyd Werft in Bremerhaven, Germany. The colossal boat has eight decks with 48 cabins that can accommodate up to 36 guests along with 60 crew members. Solaris also features a flotilla of 20 high-speed jet-skis and one onboard helicopter to ferry its guests to the shore. 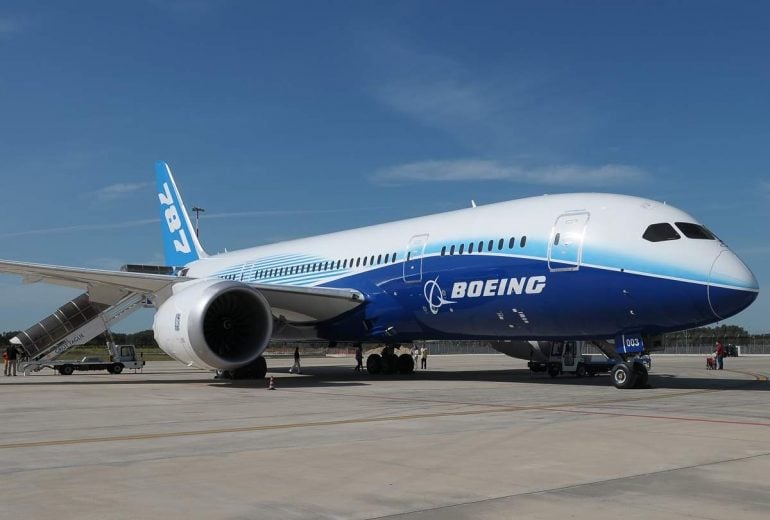 Boeing 787-8 Dreamliner ($350 million)
Abramovich’s privately owned Boeing 787 Dreamliner is the latest toy to be added to his multi-billion-dollar fleet. The aircraft is also considered to be the most expensive private jet in the world with a base price of $250 million and additional customization and equipment adding another $100 million to the cost. The Dreamliner was reportedly delivered to the Russian tycoon last year and is originally believed to be built in 2015 for PrivatAir, a Swiss airline operator that went bankrupt in 2018.


There are no photos of the uber-luxe interior of Abramovich’s private jet but industry sources claim that the cabin has been customized to fit 50 passengers and finished according to the billionaire’s taste.
The dining room alone can seat 30 guests, which is seriously impressive. Interestingly, only two privately-owned Boeing 787-8 Dreamliner exist and it can cost around $74,000 per hour to charter such an aircraft.
Gulfstream G650 ($65 million)
For shorter flights, the 56-year-old Russian billionaire has another impressive aircraft that is also favored by many other billionaires – a Gulfstream G650. The private jet has a base price of $65 million and has many records to its name. Even DJ Khaled has one, while Elon Musk uses the extended-range version of the model.
The business jet was launched a decade ago and its 53-foot cabin made it the biggest in its class, which can be configured in different ways to fit anywhere between 11 to 18 passengers. The aircraft’s 8000-mile range is also one of the main reasons why it’s so popular with business tycoons.
A trio of helicopters ($20 million)
Abramovich is believed to have at least three privately owned helicopters in his fleet that can be regularly seen ferrying him around. One of them is the Eurocopter (now Airbus) EC155 Dauphin which is a long-range medium-lift passenger transport helicopter that was developed for civilian use and debuted in 1997.
The helicopter can cost anywhere between $7-8 million depending on the equipment. The fleet also includes a Eurocopter EC145. It is a twin-engine light utility helicopter that is also regularly used for emergency medical services and search and rescue. The average asking price for an EC145 is around $3.5 million.
Abramovich’s $22 million car collection
The Russian oligarch also has one of the biggest collections of rare and highly collectible cars that are valued to be somewhere around $22 million. Although, these only include the ones that are publicly known to be owned by Abramovich. The Russian business tycoon’s incredible collection was photographed when he drove around the Nürburgring race track in Germany in 2016 along with his friends. Some of the most notable supercars owned by him include –
Pagani Zonda R ($3.5 million) – The Pagani Zonda needs no introduction. The Italian hypercar is considered by many as one of the best performance cars of the 21st century. However, the Zonda R is the most special one with only 15 examples ever made. One of them belongs to Abramovich.
Ferrari FXX ($2.5 million) – The Ferrari FXX is a high-performance track-only developmental prototype created by Ferrari for its exclusive patrons. It’s the hardcore version of the Ferrari Enzo hypercar with all its creature comforts stripped out. Only 30 examples were built and are actually kept by Ferrari. The owners have to tell Ferrari to deliver the car to a specific race track where it comes with its own pit crew.
Bugatti Veyron ($2 million) – Abramovich’s collection also includes the iconic Bugatti Veyron which grabbed the title for the world’s fastest production car in 2005 with a top speed of 254mph. The French hypercar was in production from 2005 to 2015 with only 450 examples built. It is powered by a massive 8-liter W16 engine that churns out around 1200 horsepower in the Grand Sport Vitesse version.
Tags from the story
Helicopter, Private-Jets, Roman-Abramovich, Superyacht