So you made a huge fortune by selling bitcoins before the crash and now you’re sitting on a huge pile of cash. Well, congratulations! I’m sure you must have thought of buying the most expensive and exclusive Ferrari model money can buy because that’s exactly what I would have done. But there’s a problem. If you want a brand spanking new Ferrari fresh off the factory floor, the best you can get is one of the entry-level models by the Italian marque. Even a blank check won’t be enough to get your hands on any of Ferrari’s special cars as there are certain rules and requirements that have to be met before you will be even considered – something Ferrari does to maintain its stellar brand image. While you can get your foot in the door by purchasing a series-production Ferrari, a lot more is required if you want access to the manufacturer’s exclusive VIP club. Moreover, these rules will still apply even if you become an owner; breaking the rules will quickly get you blacklisted. Even some of the biggest celebrities have not been spared and have had first-hand experience of what happens when Ferrari is pissed off for dishonoring its ownership policies. Here are some of those stringent rules and requirements – 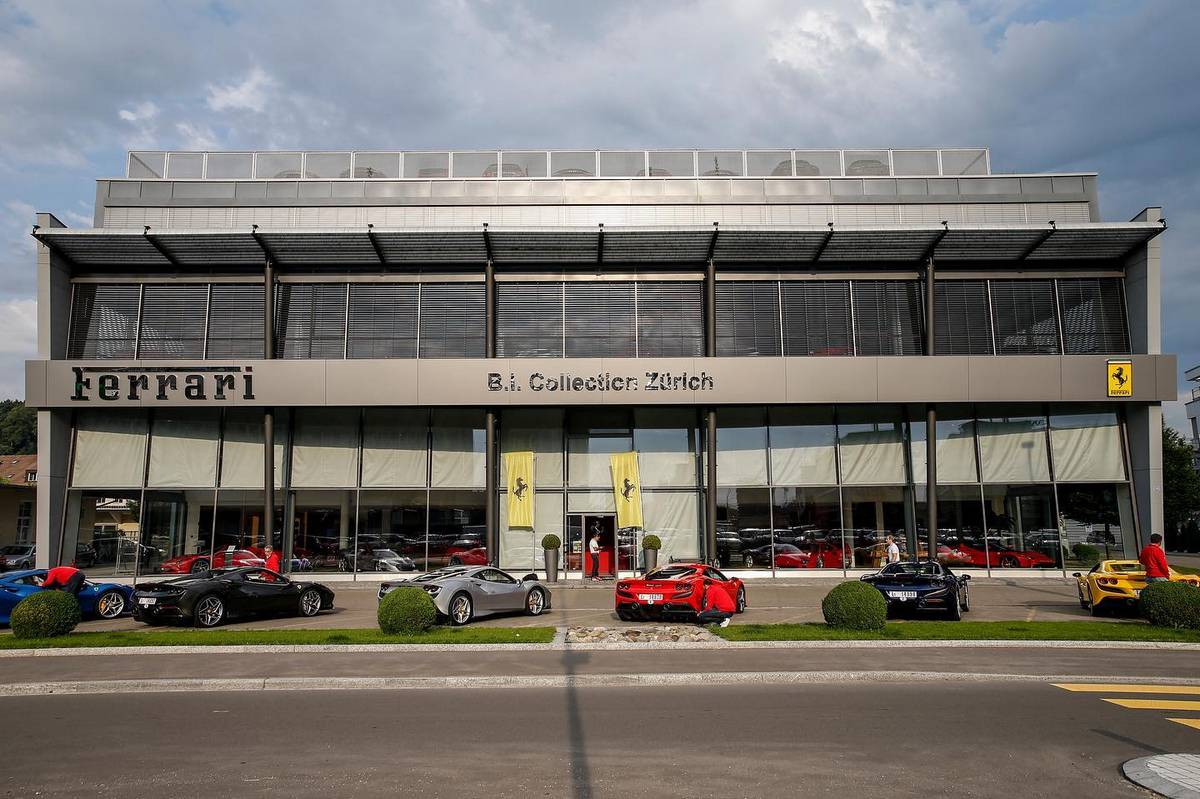 1. Want to gain access to the exclusive Ferrari owner’s club? Befriend your local dealer
One does not simply walk into Maranello with a check in hand and ask for a Ferrari. Your local dealer would be your first point of contact with the famed Italian brand, as Slashgear points out. Ferrari has a proper vetting process for all its buyers which includes conducting history checks. It is usually done at the dealer’s end for a new customer. Obviously, it’s important that you have a good relationship with the local dealer if you have the desire of owning a Ferrari. If you manage to pass the checks and the dealer finds you fit to buy a Ferrari, you’ll be offered the chance to put down money for one of the “lesser” Ferrari models. Only once you’ve owned several of them with a proven ownership track record will you be eligible to enter the VIP club and get the chance to buy limited-edition Ferraris. Many prominent people have expressed their displeasure with this policy, which includes famous American comedian and car collector Jay Leno.


2. Get ready to be blacklisted if you decide to flip your Ferrari for a profit
Most top-tier car companies don’t like it when their customers flip brand new cars or sell build slots for a profit and even make their customers sign contracts for the same. However, none of them are as strict with this rule as Ferrari which has a two-year No Resale Restriction on some of its limited edition models. Although it doesn’t stop some people from making an easy profit as the limited edition Ferraris can easily sell for twice the sticker price, Ferrari immediately blacklists them once the sale comes to their notice. Boxing legend Floyd Mayweather allegedly found himself on the list for the same reason, while American real estate tycoon Steve Wynn lost his Ferrari dealership in Sin City for flipping a LaFerrari. The Italian marque also doesn’t shy away from taking legal action against those sellers.
3. Aftermarket modifications will unleash the wrath of the Italian marque
Ferrari firmly believes that its cars are next to perfection and it’s nothing but sacrilege if someone tries sullying their creation by adding unauthorized aftermarket modifications. The whole Deadmau5 fiasco is the most famous example of Ferrari coming after an owner for customizing its supercar. The Canadian electronic music producer and DJ had his 458 Italia covered with a brightly-colored Nyan Cat wrap and named it the “Purrari.” The Italian marque obviously didn’t like it one bit and sent him a cease and desist letter for copyright infringement.
4. Keep your Ferrari in top condition, or forget about owning another one
Once you purchase a high-performance automobile with the Prancing Horse logo on the hood, Ferrari expects you to drive and maintain the car properly, which includes getting the servicing done timely from an approved dealership or workshop. Mistreating the car is not taken lightly by the Italian brand and might prove to be a reason to get blacklisted. The Sultan of Brunei is one of the examples who owned a large collection of Ferraris, including several one-offs like the Mythos and the F90 Speciale. However, the monarch eventually lost interest in his Ferraris and they were abandoned and left to rot in a run-down warehouse. Since then, the sultan has not been seen driving around in a new Ferrari, which suggests the Italian automaker simply stopped selling cars to him. 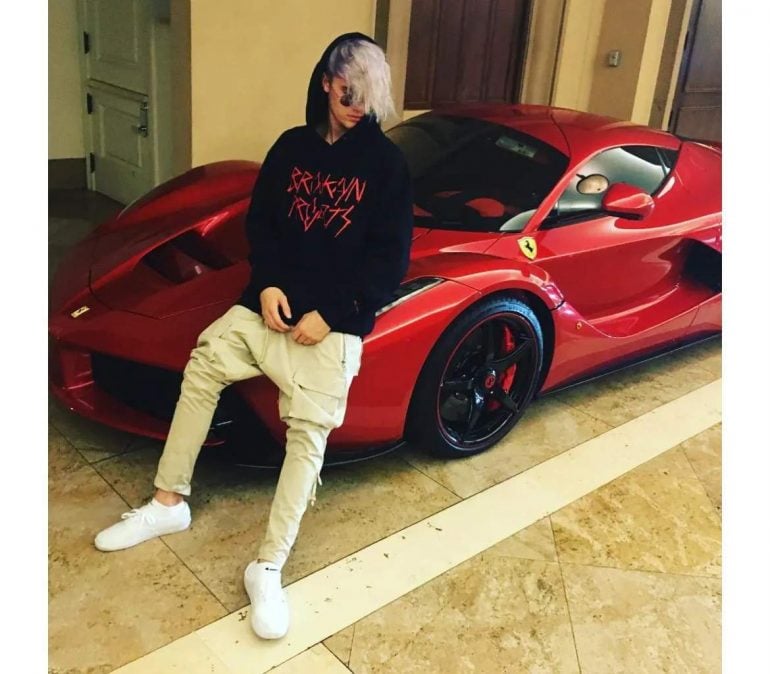 5. Don’t pull a Bieber on your Ferrari
Deadmau5 isn’t the only Canadian musician to get in a dispute with the world’s most recognizable and loved automotive brand. A couple of years back, Justin Bieber had parked his 2011 Ferrari 458 Italia in the parking lot of Montage Hotel in Beverly Hills and completely forgot about it after a wild night out. The Ferrari which was only a few weeks old back when this incident happened was found by his assistant three weeks later. Furthermore, Ferrari also objected when Bieber got his 458 Italia covered in an electric blue wrap. Both incidents were in violation of the Maranello house’s highly-respected ethical code of vehicle maintenance which apparently got him blacklisted. While Ferrari never issued an official statement, Bieber hasn’t been seen in any new Ferraris since. 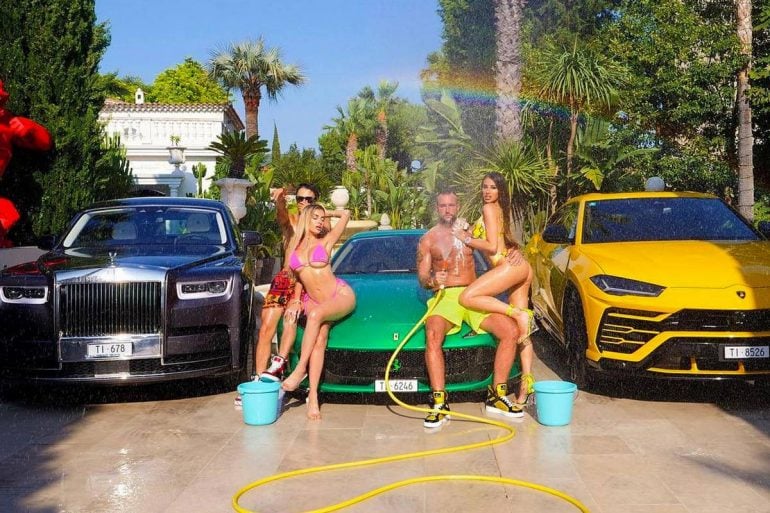 6. Use your Ferrari as a prop and be ready for the ramifications
Swiss designer Philipp Plein got a rude shock when he was slapped with a lawsuit by Ferrari in 2017. The Italian automaker was displeased with Plein’s social media posts, claiming that by posting photos of his fashion collection with Ferraris, Plein was “unlawfully appropriating the goodwill” attached to the marque to promote his own brand and products. Additionally, Ferrari took issue with Plein using its supercar as a prop at a spring 2018 runway show. While Plein argued in court that the car belonged to him and he was free to do whatever he wanted, he lost and was ordered to pay €300,000 ($352,000) in compensation.
7. Be a proud member of the Ferrari family
Ferrari wants all its owners to behave as perfect ambassadors for the brand as a way to prove loyalty to the brand, which is very crucial for maintaining the brand’s image. If you play by the rules set by the automaker and don’t do anything that might irk the iconic brand, you’ll slowly rise up the ladder and eventually reach a point where the marque lets you enter the exclusive VIP club. Once you’re in, you’ll be offered the chance to purchase some of the rarest automotive creations on this planet
Tags from the story
Ferrari, Supercar