We recently had the opportunity to interview Simon Humphries, Head of Toyota and Lexus Global Design. Simon studied industrial design in the UK and has been with Toyota since 1994. In 2018, he took the top job from Tokuo Fukuichi, making him responsible for guiding one of the biggest automotive manufacturers into the future during what is widely perceived as one of the most challenging times for the entire industry. With the recently concluded Lexus Design Award India 2022 serving as the backdrop to this conversation, we asked him what he thinks about the future of automotive design, the transition of the automotive industry towards electrification, his take on the cars of the future, and the fate of the infamous Lexus spindle grille. 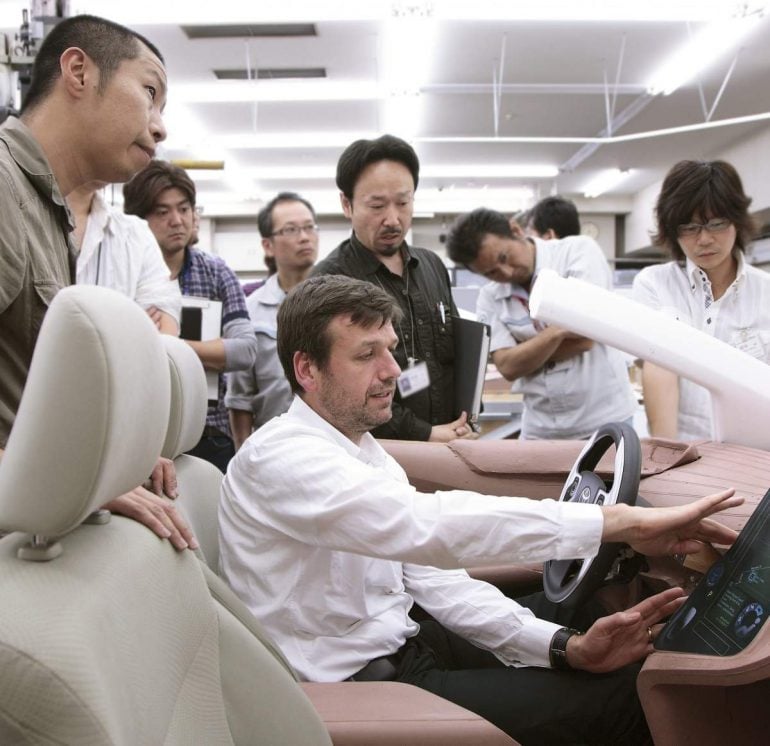 Current-day car design philosophy and sources of inspiration
The approach to car design has greatly changed over the years along with the evolution of the entire automobile industry. On asking where does a budding car designer looks for inspiration, Humphries said: “Where to look information from is people. I know that sounds obvious. My own philosophy in life is to look and listen, and that’s where inspiration comes from. It doesn’t just pop out of the air. It doesn’t just magically appear. It’s all about influence from people around you, from events, from the world-changing. And you have to look, listen, and experience and soak it all up, and that’s what is so important.”

With more than 30 years of experience, the Brit has seen car design evolve from something that was more artistic and focused on the form to being something that’s more methodical and clinical. We asked him what he thinks about the journey of car design from the Golden Era to the modern times, to which he said: “So I think there are a lot of people in the past; you know there were big trends, like you say the golden age of car design, when Cadillac was doing things in the 1950s and everybody looked at that, then next thing is BMW and whatever else. But these days it’s not that simple anymore. It’s so diverse. From one point of view for a designer, it’s almost like heaven because anything is possible now. Whereas in the past, you had to adhere to certain trends that went through cycles. These days, honestly, it’s all about diversity. But on the other side of that coin is that it makes things incredibly difficult. So you have to be aware.” 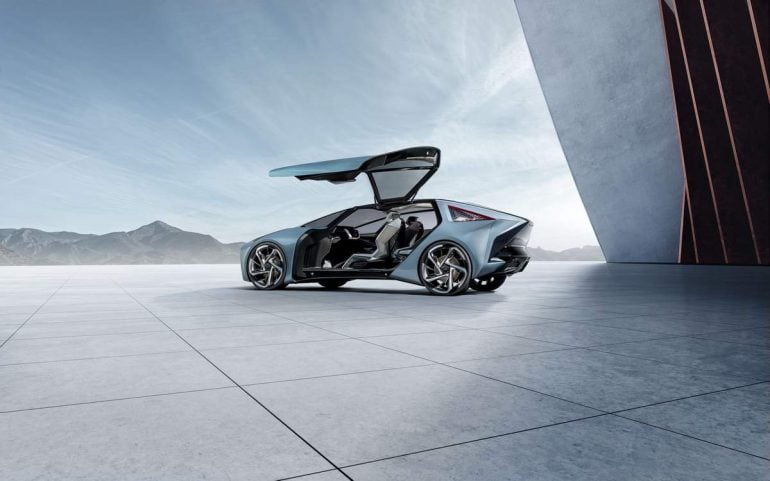 Creative freedom for car designers vs. modern regulatory constraints
The current stringent regulatory constraints cumulative is considered as one of the biggest limiting factors for how the car looks in the modern era. The reason why most modern cars look very similar can be blamed on this. However, Simon has a very interesting and rather optimistic take on this. “First thing is as a designer your job is to be a problem solver,” Simon explained. “That’s what a designer is. That’s what his job description is, I think. So you have solved the problems. On one side you have the challenge of adhering to all the new rules and regulations, which takes away some creativity, but the other side of it is you’ve got new technologies, you’ve new manufacturing techniques that have made things that were impossible before possible.
“I think I am an optimist and I think we’ve got more freedom now as compared to what we had 30 years ago. When I first started working, it seemed there were a lot more restrains than there are now. With 3D printers, you can do anything. You can’t do anything with press and steel.” 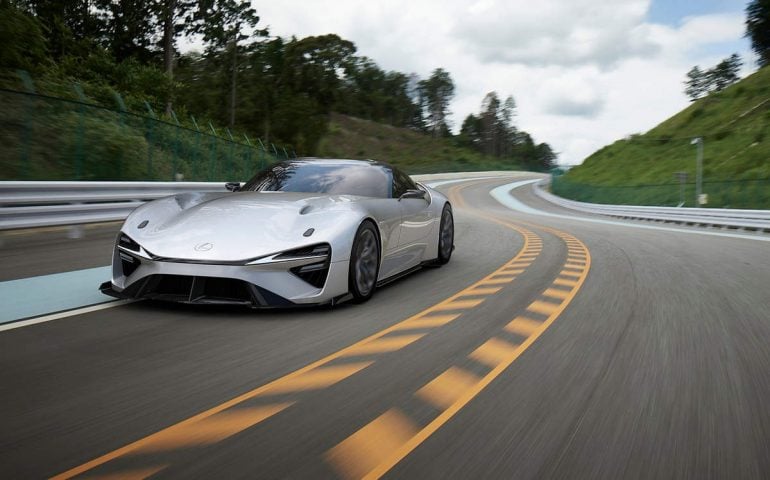 The future of EV car design
We were interested in learning about his opinions on how he thinks car design will transition as we march towards electric cars. Will the form factor of personal cars complete change in the future and does he think the change will happen more rapidly or will it evolve with time? Simon said: “A little bit of both, actually, I think. First of all, yes, things will change. It’s not just electric vehicles, it’s also about connectivity, it’s also about autonomous vehicles – how quickly that comes in.”

Simon went on to point out all the factors that will dictate the changes, explaining: “Probably the single biggest influence will be autonomy. You manage to remove the need for a seat belt in the car, for example, things will fundamentally change. But if you still have the fundamental need to put somebody in a designated seated position in the vehicle, then automatically the restrictions that you have at the moment will continue, because you are seated in a single position. So it’s not just one thing. A lot of people perceive it to be that when electric vehicles become more popular things will change. But it’s actually a combination of things. It’s about the powertrain, it’s about connectivity, it’s about autonomy. There’s another thing that’s often not talked about that is about materials technology. In other words, the ability to produce a vehicle in different materials to what you do today will also change things considerably. And perhaps the fifth-biggest point in some ways is the way the people own the car. If the car has to be an all-around vehicle to carry you, your family, your luggage, and everything else, then the volume fundamentally won’t change that much. But if you satisfy certain mobility needs in a different way, then maybe the car that you purchase is just for the weekend. So in that case, only one person needs to ride in that, perhaps. So the influences of all these things are actually quite complex.” 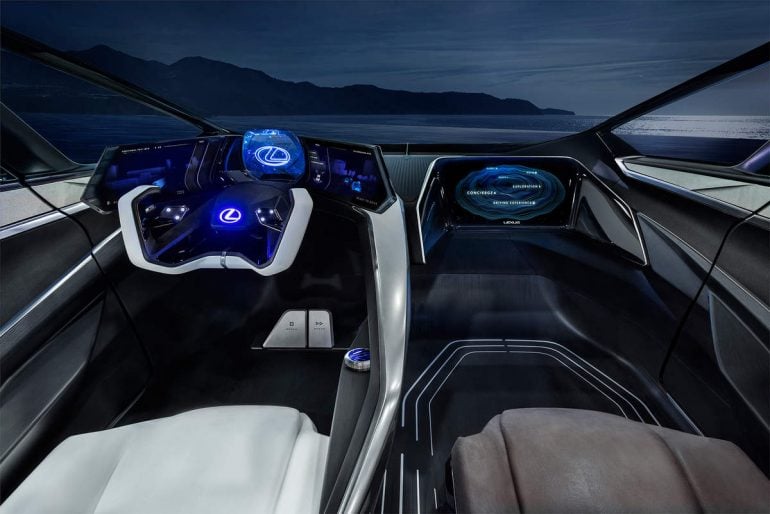 Autonomous driving and driver engagement
Many of us believe that cars of the future will be more like an appliance than something we’ll have an emotional connection with. We asked what he thinks about autonomous driving and will the cars of the future be boring, to which he said: “I think first we need to consider that autonomy doesn’t necessarily mean all or nothing. For example, you can use the same technology to enhance your skills as a driver so that you can enjoy driving even more. So, I don’t think there’s going to be a situation where we go from full manual control to something where we sit and do nothing. There are other ways to enjoy that type of technology. One of the other things is that once you get to a fully-autonomous situation, you have to consider that the single factor left then is time; what you do with your time during the transit between points A and B. So what’s going to happen is, and this is what Lexus is trying to do from the beginning, create an experience that is personal and that’s what’s got to be done.” We are rooting for Lexus to bring back the legendary LFA in an EV form! 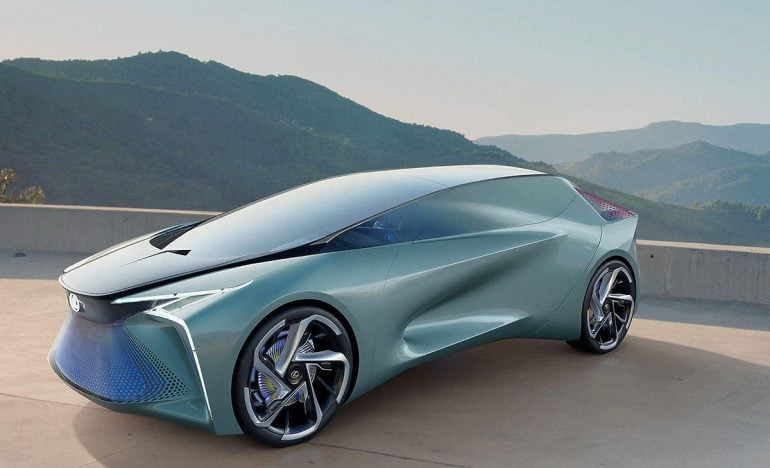 The future of personal mobility
Full autonomy might actually go on to kill personal cars and mobility might be reduced to only public transport. However, Simon has a different, less grim outlook for the future.

“Personal transportation on a public level will grow, and the majority of the mobility needs will be fulfilled by those systems,” Simon explained. “That’s a necessity because not everybody will be able to drive a car in the cities of the future – I don’t think. But what will happen then is then that will allow the privately owned vehicles to be more specific. So if you can fulfill your everyday needs through an optimized system then the car that you buy can be, honestly, like a racing car; or it could be a box that you can live in almost. In other words, there’s going to be more variety in the future to ownership as well. So I don’t think everything will move towards public transport/commodity type system; that will exist. But it will also enable a more emotional privately-owned sector to flourish.” 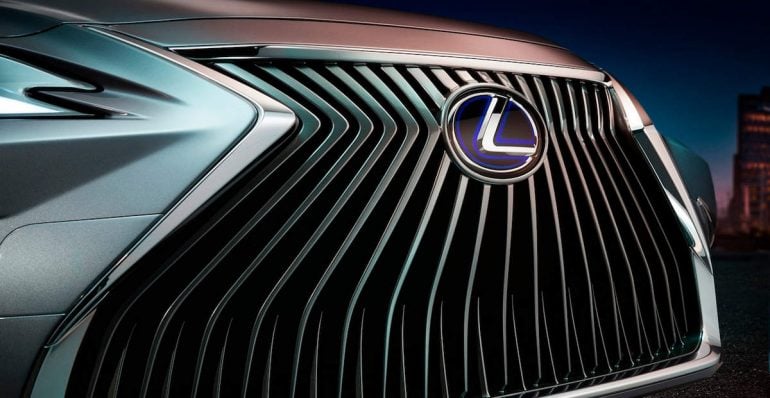 What happens to the famous spindle grille when Lexus goes all-electric?
We absolutely had to ask about the Lexus spindle grille, which has been a hugely controversial and polarizing topic for the luxury car manufacturer ever since it debuted back in 2011. Since electric cars don’t really need a convention grille in the front, we wanted to know if Lexus is looking to phase out what has been one of the defining design elements for the last decade. Simon explains: “The spindle grille – we originally developed that to encompass the needs for a radiator, but also for aerodynamic brake cooling. So function was all built into it. But the radiator is the symbol for an internal combustion engine. So what the future holds, in my mind, is that we have to develop it, evolve it to encompass sensors. In other words, we talked about autonomy, safety, all those types of things based on sensors. So what will happen to the spindle grille is that it will represent that shift and the spindle grille will become the spindle body. So the body of the car is the spindle, if you like. And into that the functional elements to drive, to control the future will be part of that movement. So, in the past, it was a hole to put air into the radiator. In the future, it’s going to hold sensors and other functional elements of the future cars. So don’t worry, it’s not going to disappear. But it’s going to change.”