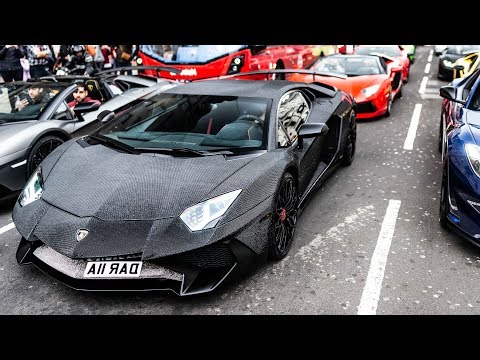 Without a doubt, her latest blinged-out supercar is the most appealing yet. The Lamborghini Aventador is in matt black with 2 million glistening crystals covering the entire bodywork. The work was done by London-based customization company Cars In Cloaks, which took to Instagram to share a picture of the supercar. What’s more interesting is that it isn’t just any Aventador, but a limited edition Superveloce. Only 600 examples of its coupe version exist, which makes it all the more special.

Tags from the story
Lamborghini, Swarovski