A twist in the tale is passé. There’s a twist in a Tesla this time, and it’s mindboggling! Proving too much of anything is a bad thing is a feature-rich Tesla vehicle that made it to the news for all the wrong reasons. A viral video posted on Reddit featured a Tesla vehicle slowly crashing into a $3.5 million private jet after being “summoned” by its owner using the fancy automatic parking feature. The plane is parked at an airport and is hit by a slowly moving Tesla Model Y in the video. The unfortunate accident occurred at an event sponsored by aircraft manufacturer Cirrus at Felts Field in Spokane, Washington.


Even after the initial impact, the vehicle doesn’t stop and eventually rotates the plane 90 degrees. The Tesla Model Y owner’s manual notes that Smart Summon is “designed to allow you to move Model Y to your location (using your phone’s GPS as a target destination) or to a location of your choice, maneuvering around and stopping for objects as necessary.” What one needs to be careful with is that the summon is a BETA feature entailing users “must maintain a clear line of sight between you and Model Y, and stay prepared to stop the vehicle at any time by releasing the button on the mobile app.” 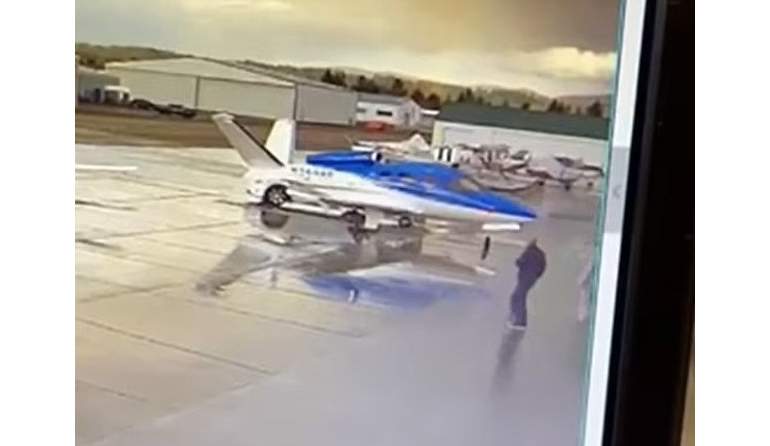 It was a bad day for the owner, who crashed his fantastic car (that’s bad at being summoned) and chose to ram into the most expensive aircraft despite being surrounded by several others. What a tongue-in-cheek moment for Tesla CEO Elon Musk, who claimed only last month that the FSD Beta system had never had an accident. The only silver lining is that no injuries were reported from the incident.

Tags from the story
Private-Jets, Tesla