The sixth Mercedes-AMG model to wear the Black Series name has arrived in the form of a range-topping version of the GT sports car. Introducing the 2021 Mercedes-AMG GT Black Badge, the new ace predator in the AMG food chain that has been purpose-built to destroy lap records across racetracks across the world. It is the closest you can get to the AMG GT3 race car in a road-legal car in terms of performance and hardware. The new Black Series makes the wild AMG GT R look tamed and docile. Starting with the aesthetics of the track-focused machine, the design has been crafted by keeping aerodynamics and downforce in mind. The massive Panamericana grille is inspired by the GT3 race cars and is meant to feed more air to the intercoolers and the wheels. Much of the components are made out of carbon fiber, including the hood, roof, hatch, and the giant rear wing. The wing also features an active aero flap that is electronically adjusted by 20 degrees. The mad aero package on the sports car can generate over 882 pounds of downforce at 155 mph. 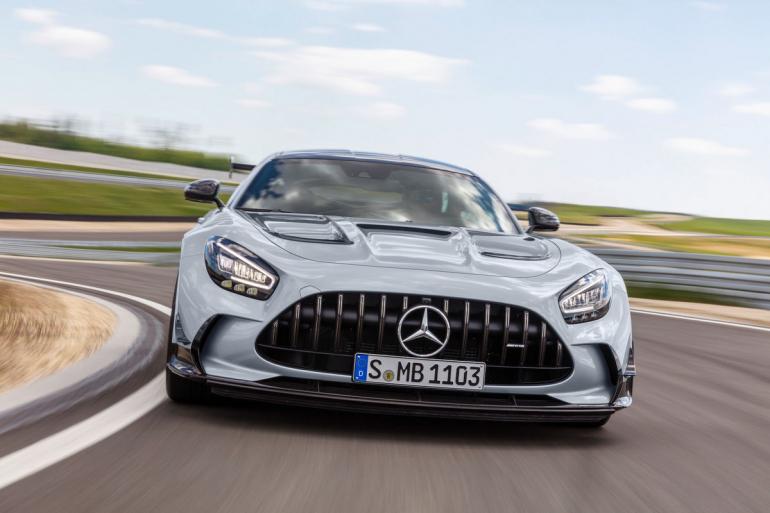 On the inside, the cabin is wrapped in black leather and Dinamica faux suede which is contrasted by orange stitching and stripes. Powering the Mercedes-AMG GT Black Badge is a new version of AMG’s familiar 4.0-liter twin-turbocharged V8. The major change comes in the form of a lighter, flat-plane crankshaft instead of a traditional cross-plane crankshaft. The turbochargers’ compressor wheels have also been enlarged, which has increased the boost pressure to 24.6 psi from 19.6 in the GT R Pro. As a result, the engine churns out a peak output of 720 horsepower and 590 pound-feet of torque. Power is sent to the rear wheels via an upgraded version of the GT’s 7-speed dual-clutch transmission. Mercedes claims the track monster can do the zero to 60mph sprint in 3.1 seconds and hit a top speed of 202mph. I can’t wait for this beast to take a stab at setting a new Nurburgring lap record. There’s no word on the pricing or availability of the 2021 Mercedes-AMG GT Black Badge, but we expect it to be substantially more than the GT R Pro’s $200,645 starting price. 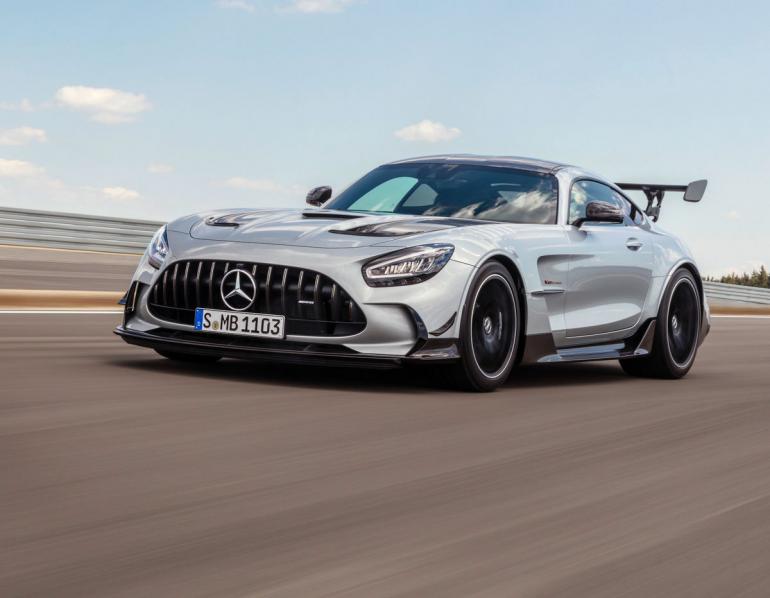 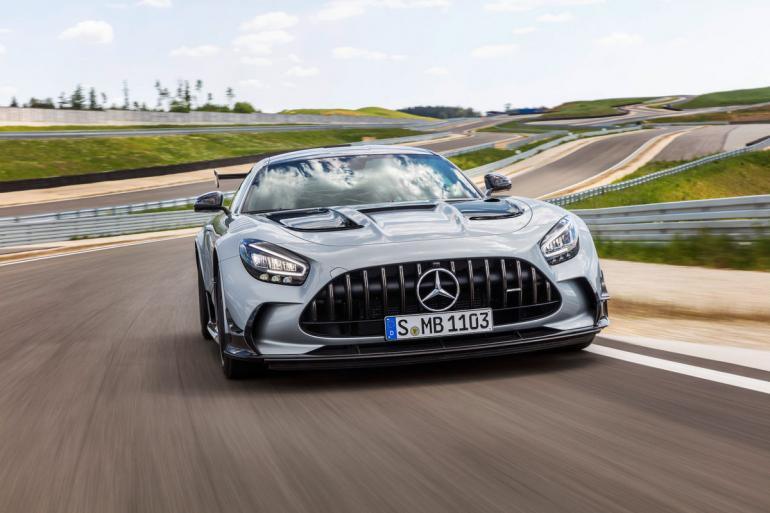 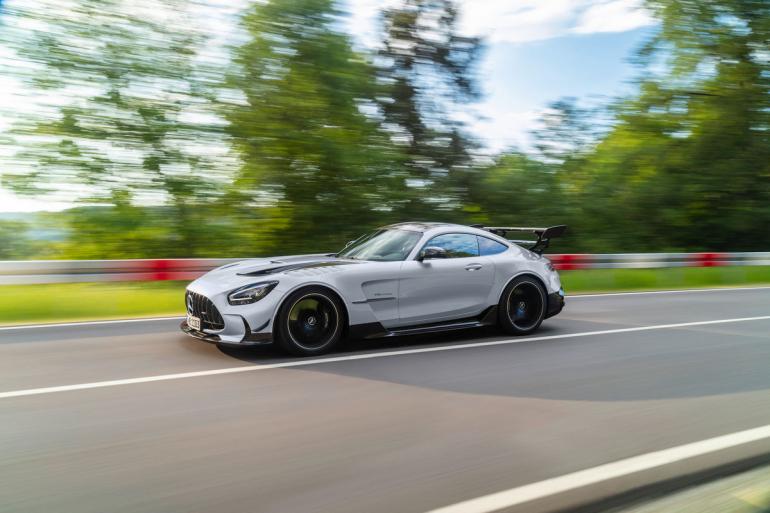 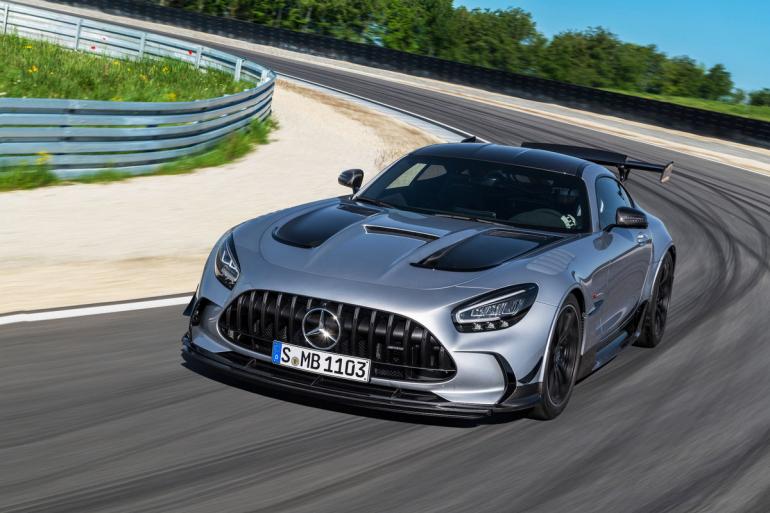 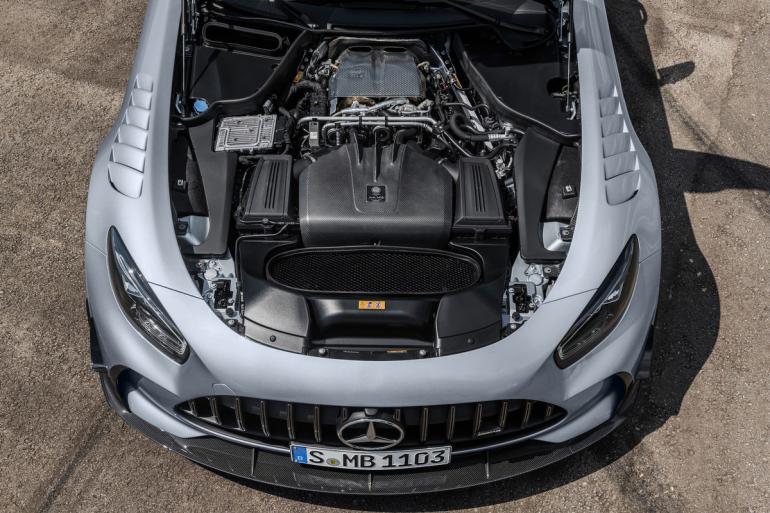 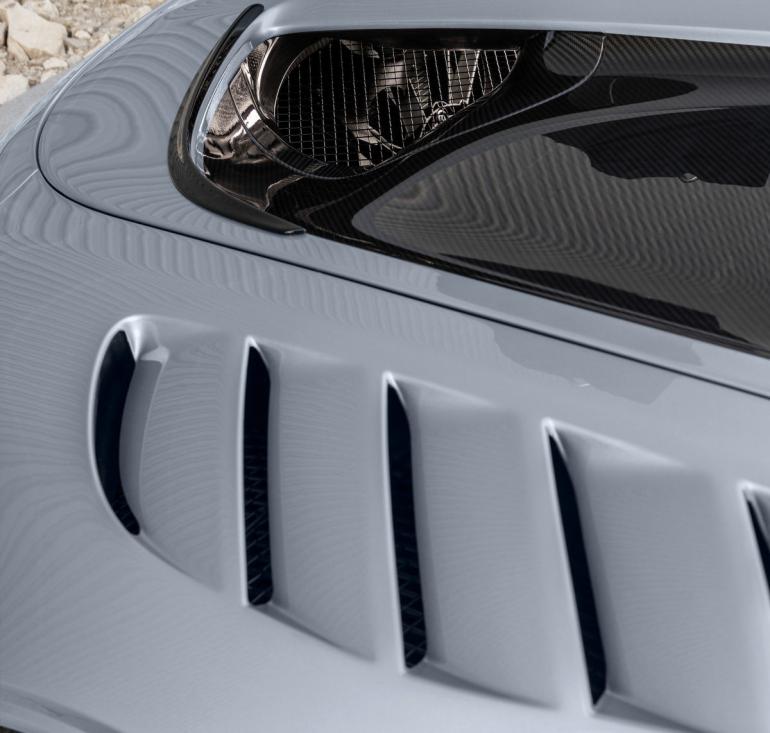 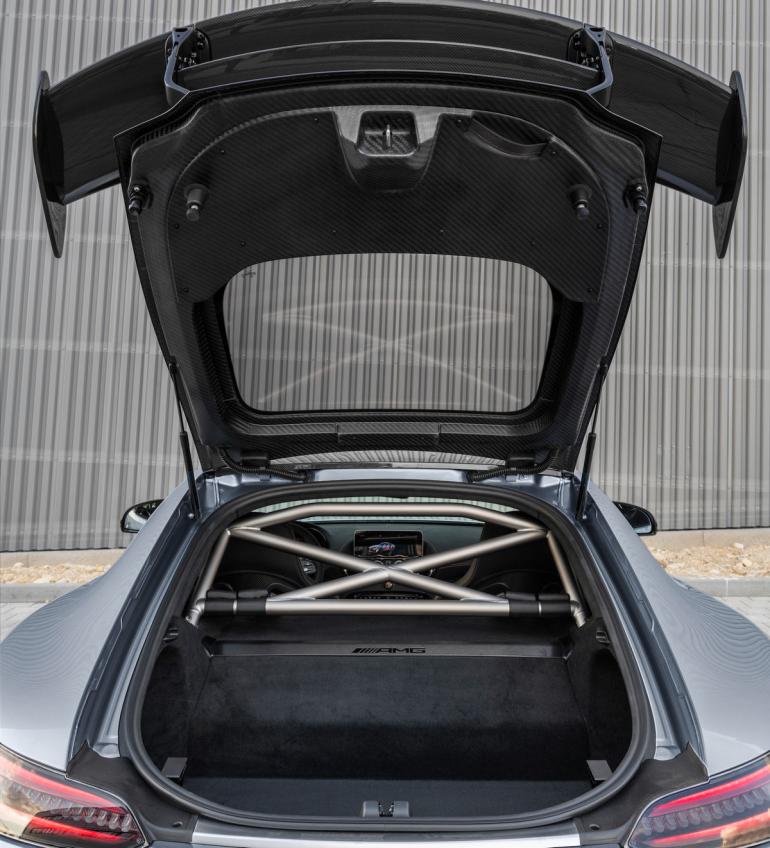 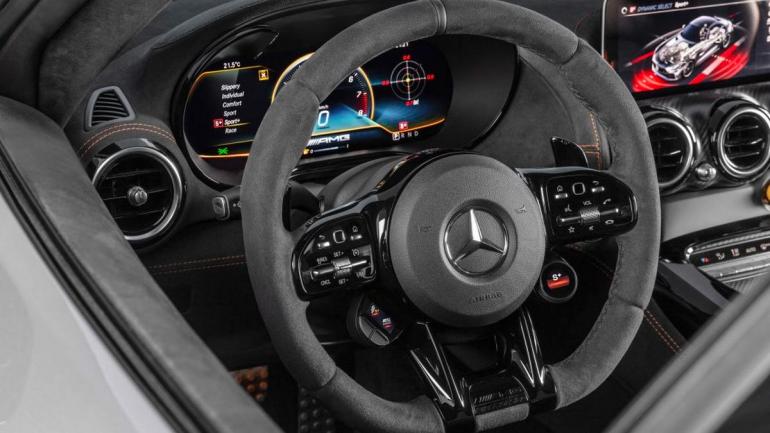 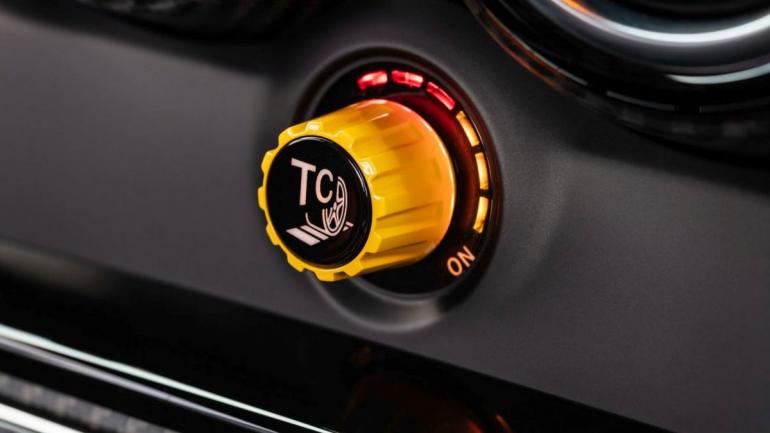 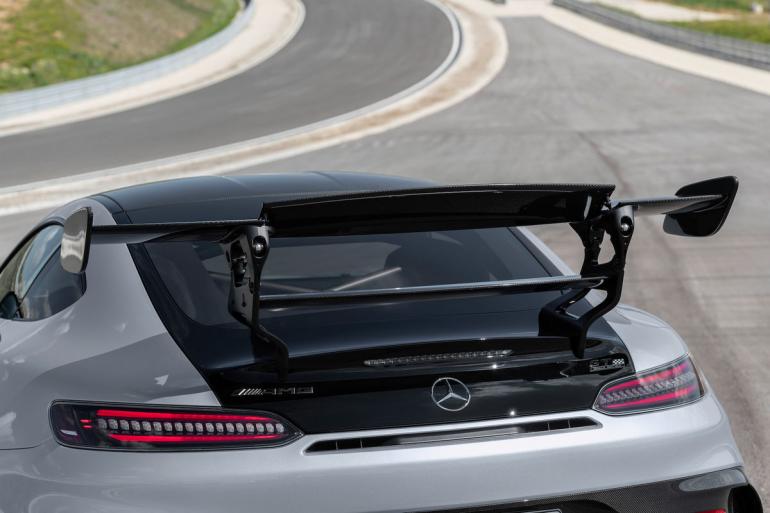 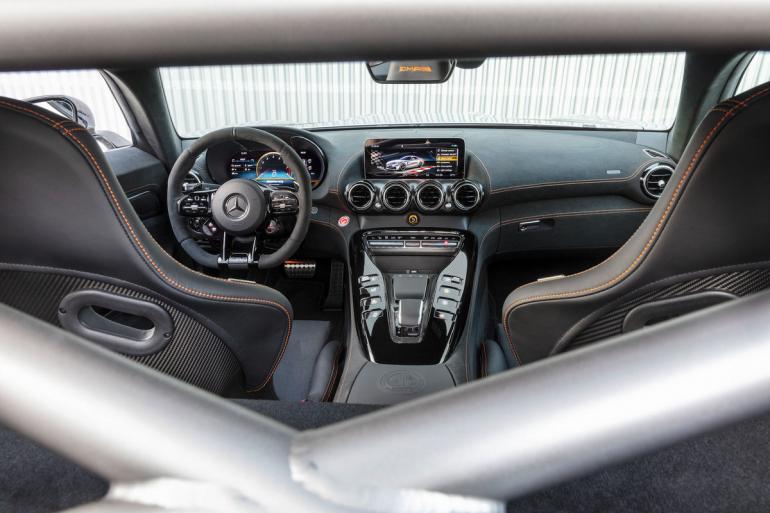 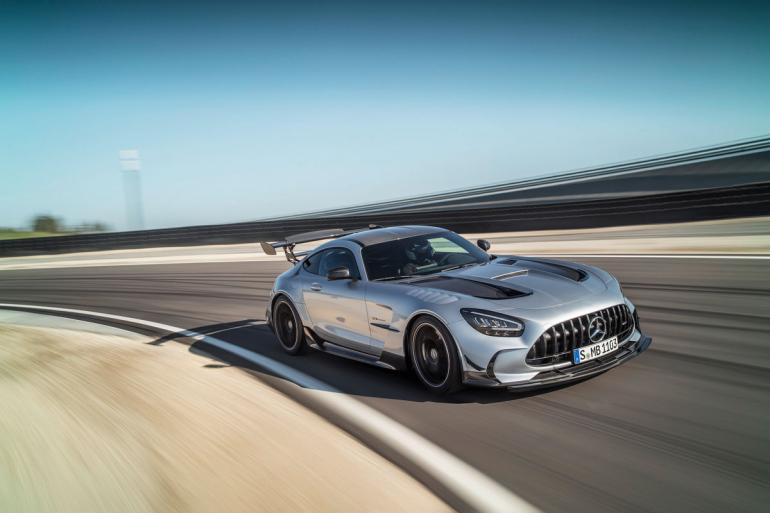