Exactly a year ago, Rolls-Royce had taken the wraps off the stunning $28 million Boat Tail. Rumored to be made for Jay Z and Beyoncé, the bespoke Rolls-Royce handcrafted by the skilled craftsmen at the automaker’s exclusive Coachbuild division can only be described as one of the most stunning automotive creations ever made. The British luxury automaker has now followed it up with the second-of-three Boat Tails that made its public debut last weekend at the 2022 Concorso d’Eleganza, Villa d’Este in Italy. The second Boat Tail, referred to as “the second chapter” by Rolls-Royce, features the same nautical design theme as the first version, which includes the overall shape and styling. However, it gets a completely unique spec that is inspired by its owner’s family history in the pearling industry. 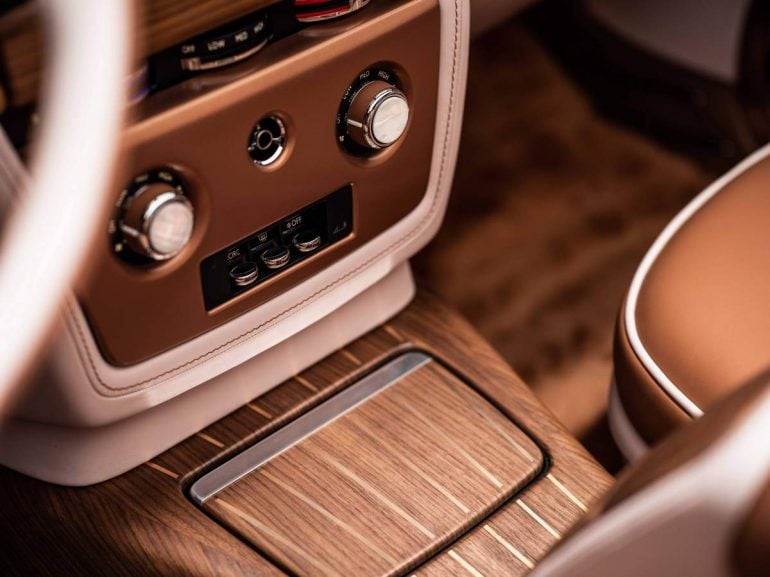 The mystery owner of the coach-built model is described as being “cosmopolitan in his tastes and influences” and has a private museum that houses an extensive collection of cars. The Boat Tail is said to be a homage to his father who started the family business in the pearling industry. One of the highlights of the second Boat Tail is its unique two-tone exterior paint job which is inspired by four pearl shells that were presented to the automaker by the owner from his personal collection. It is described by Rolls-Royce as the most complex finish ever developed by its Bespoke division. The primary shade of the stunning paint scheme is a blend of oyster and soft rose with large mica flakes of bronze and white. The flakes give the paint a shimmering pearlescence effect that appears to color-shift under different lighting conditions. 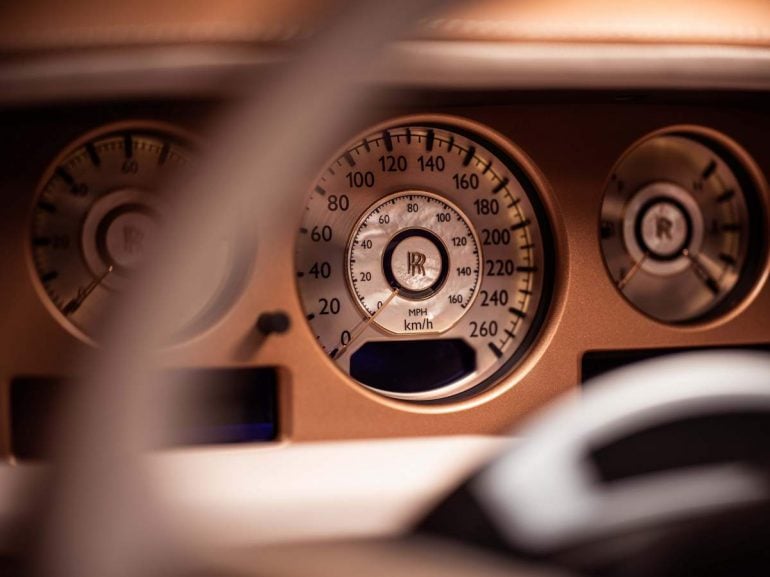 The hood of the Boat Tail is finished in a darker, contrasting cognac hue that is infused with bronze and gold aluminum mica flakes and varnished with a crystal and iced matt clear coat. The darker tone is matched with the brown fabric top of the foldable roof. Furthermore, the owner went with Royal Walnut veneer for the rear deck thanks to its maturing abilities. According to Rolls-Royce, the wood’s tonal quality will naturally transition over time to match the cognac color of the hood. The Spirit of Ecstasy hood ornament and the pinstripes on the rear deck lids also feature a rose gold finish to complement the primary hue of the exterior finish. Additionally, the carbon-fiber trim pieces also get rose gold thread woven in. 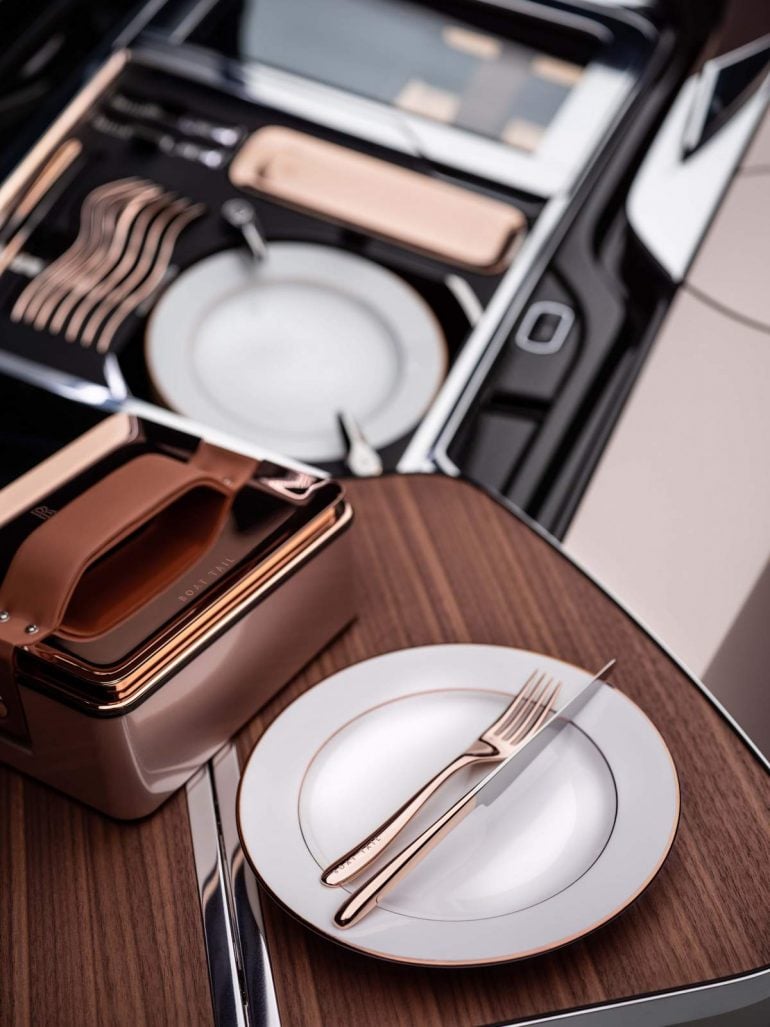 Just like the first Boat Tail, the newest Rolls-Royce creation also features an intricate hosting suite hidden underneath the wooden aft deck lids. It comes complete with the highest-quality essentials for celebratory occasions and al fresco dining. To match the overall theme of the car, the items are finished in rose gold. On the inside, the cabin is perfectly matched to the exterior by featuring the same color scheme of rose gold and cognac. The transmission tunnel is made from pinstriped walnut wood, while the gauges and control knobs all feature real mother-of-pearl inlays. In fact, the removable dash clock is made from a piece of pearl that was supplied by the owner. 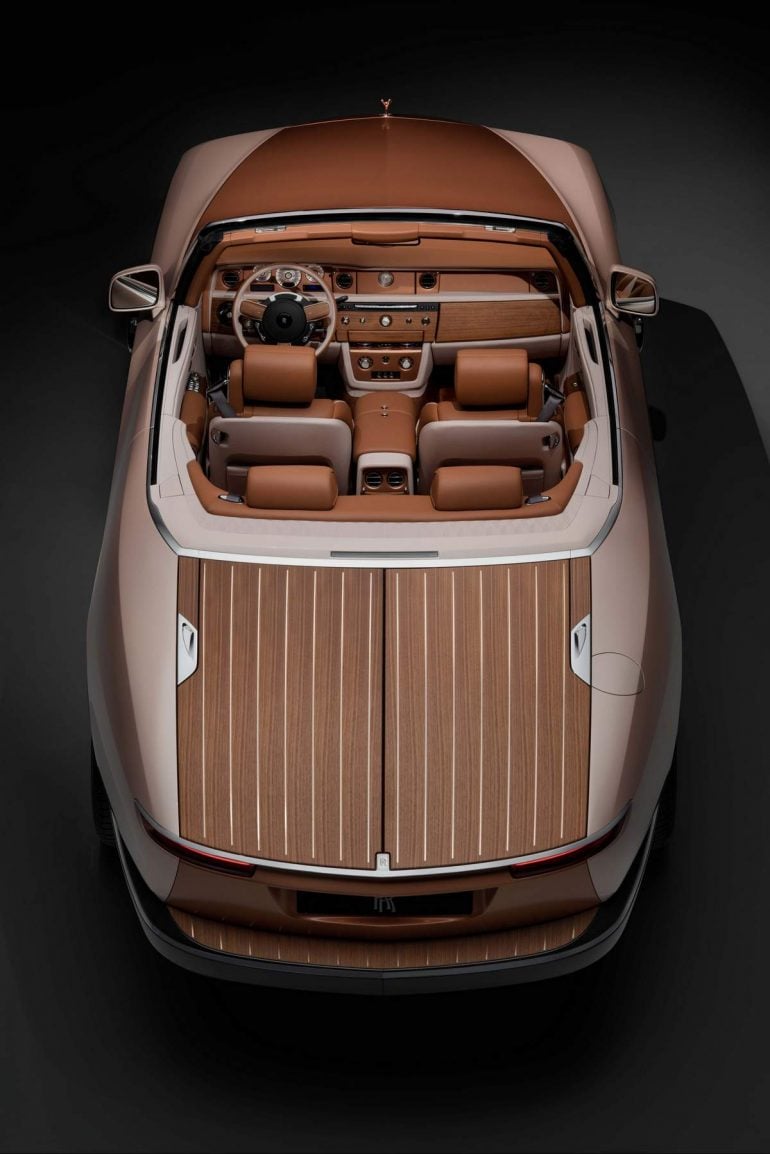 “Every Rolls-Royce Coachbuild commission is, of course, incredibly special; but in this case, there was an additional depth of feeling,” said Alex Innes, Rolls-Royce head of coachbuild design. “Creating a motor car in honor of a revered client’s father and family history is an extraordinary privilege; a responsibility that we took very much to heart. The commissioning patron’s deep-rooted connection to Boat Tail is an inspiration – the result far exceeds a means of conveyance to become, quite literally, a moving work of art.” Just like the first Boat Tail, Rolls-Royce refused to reveal the identity of the owner of the second Boat Tail model. Interestingly, RR has also kept the pricing a secret this time around. The first one carried a price tag of $28 million and we expect the second model also to be priced in the same ballpark. 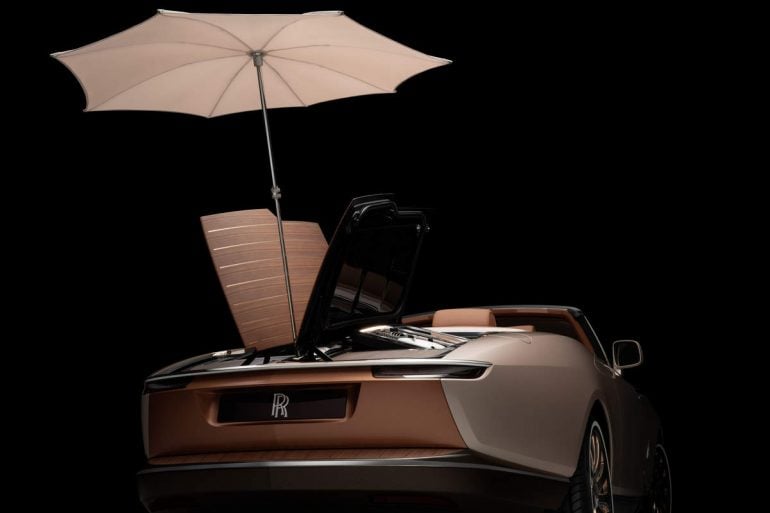 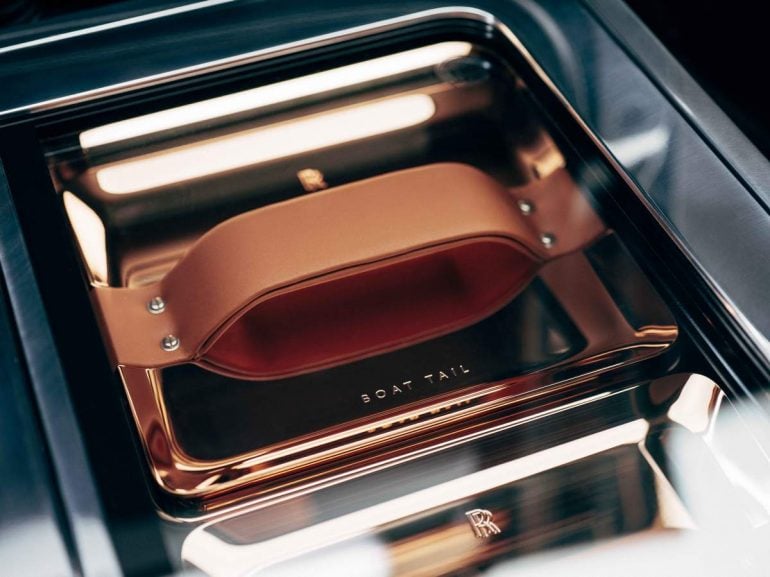 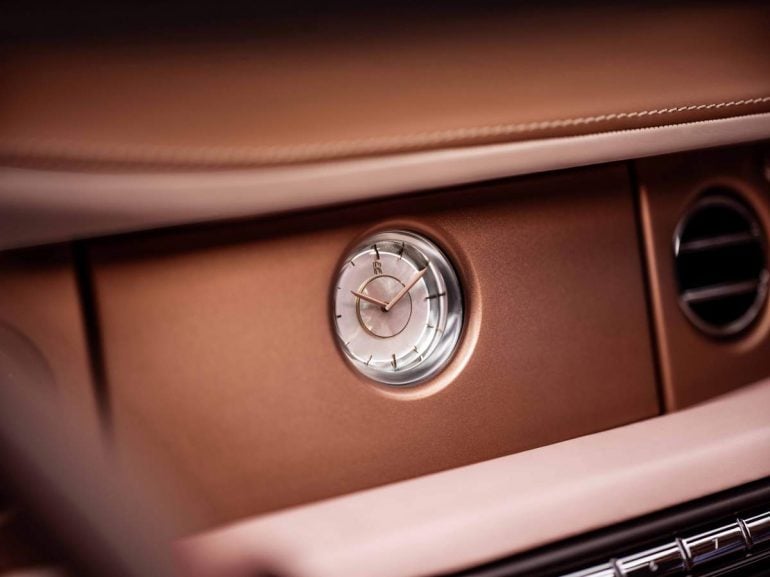 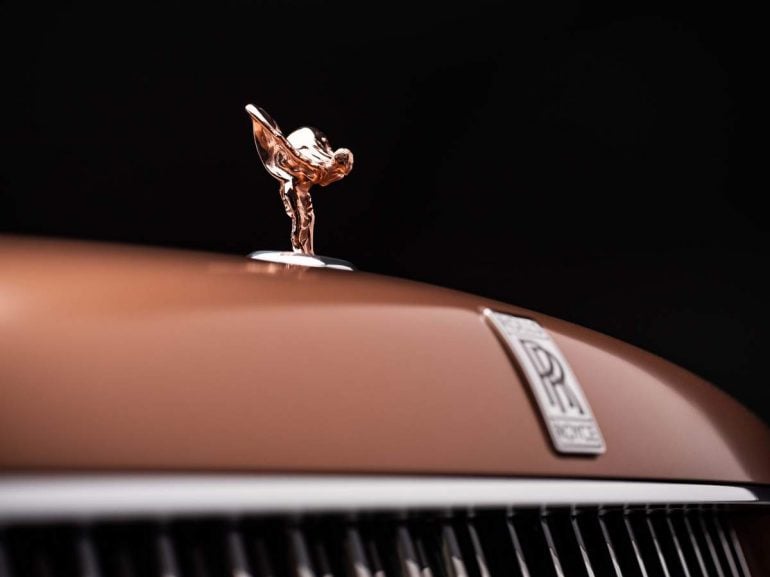 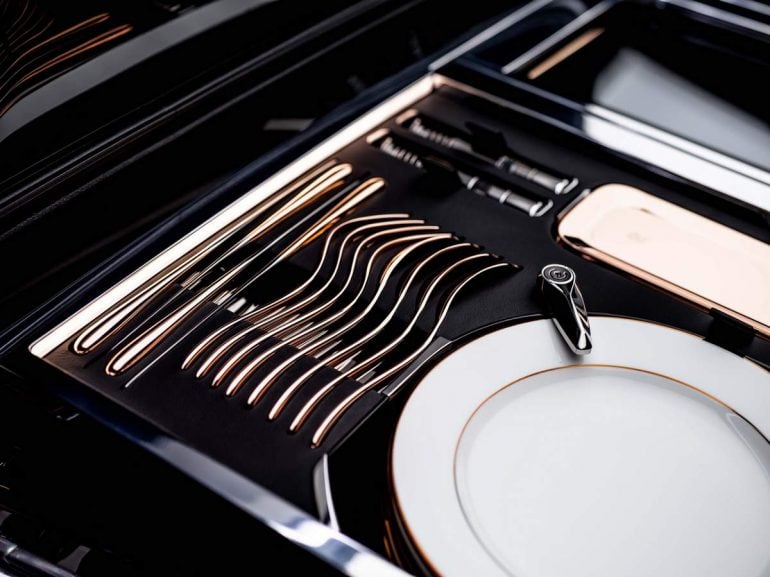 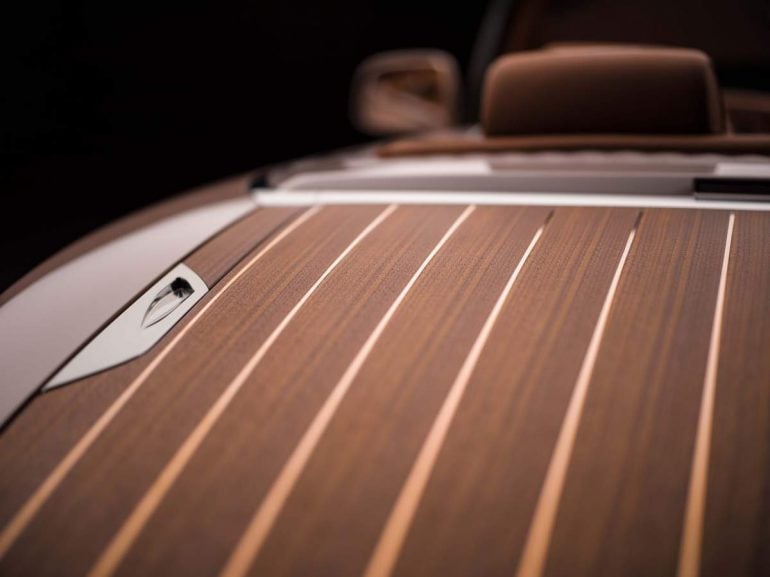 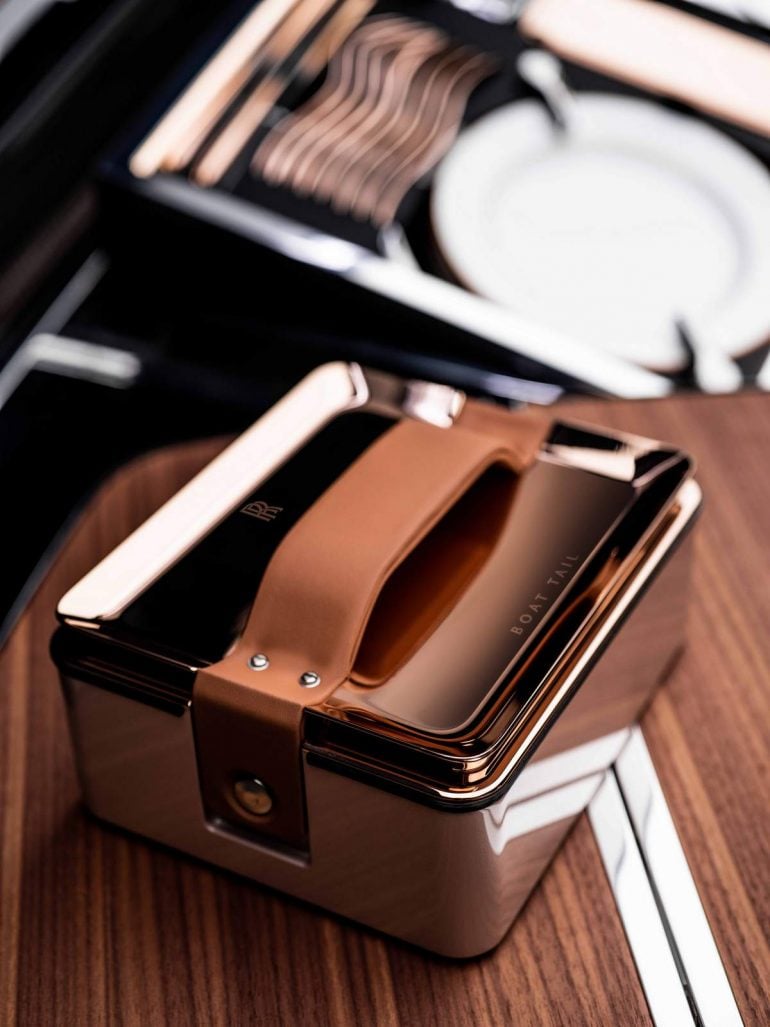 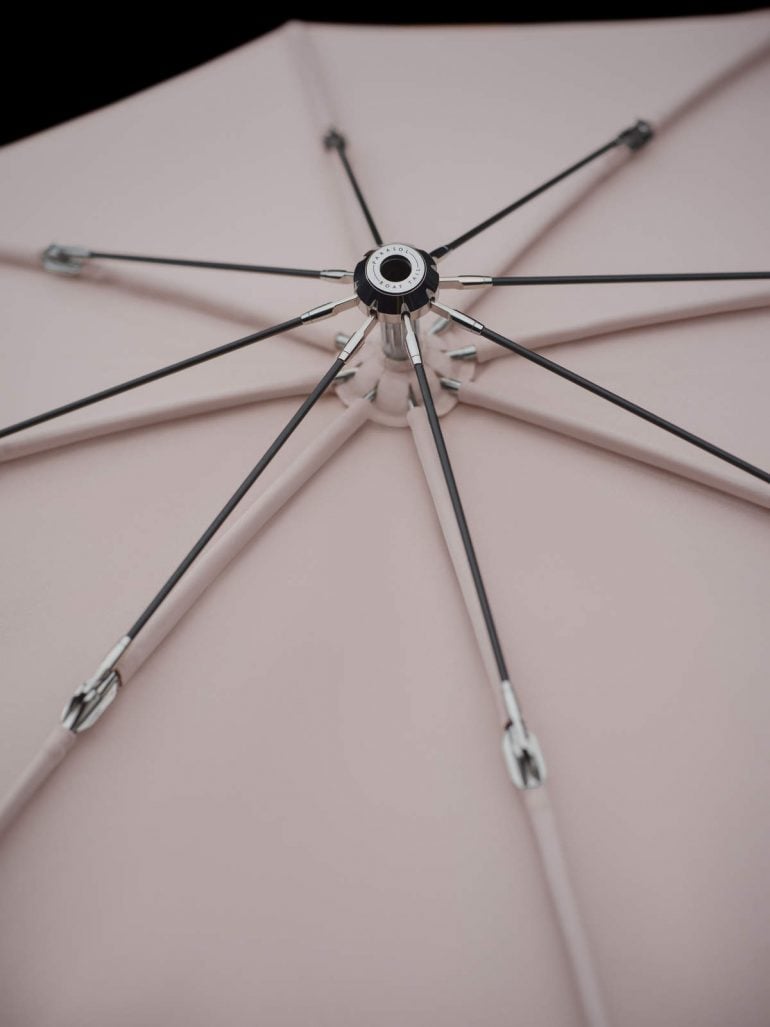 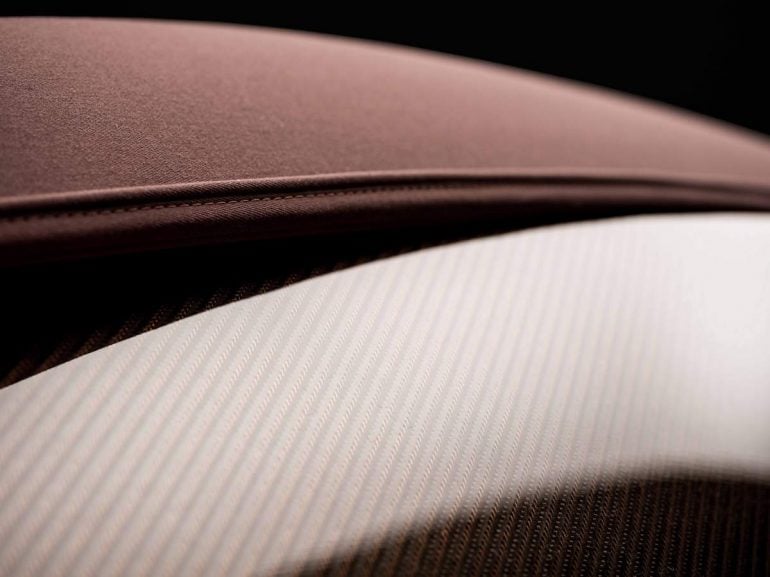 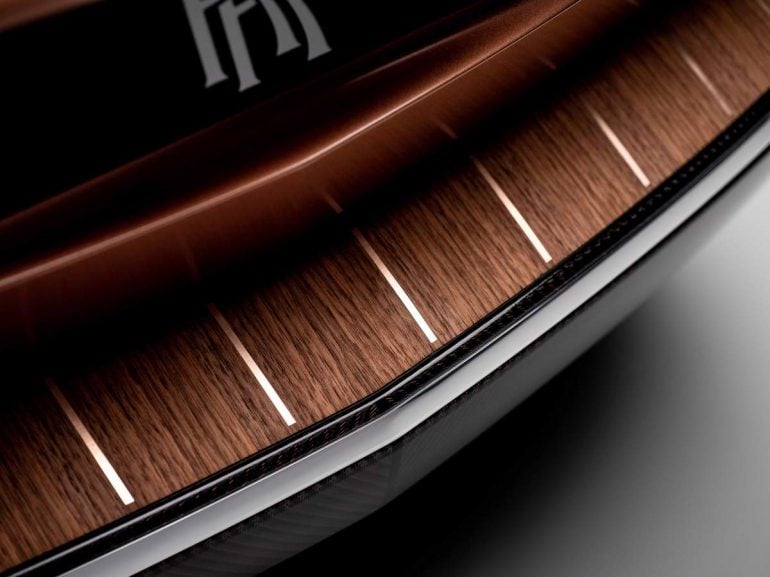 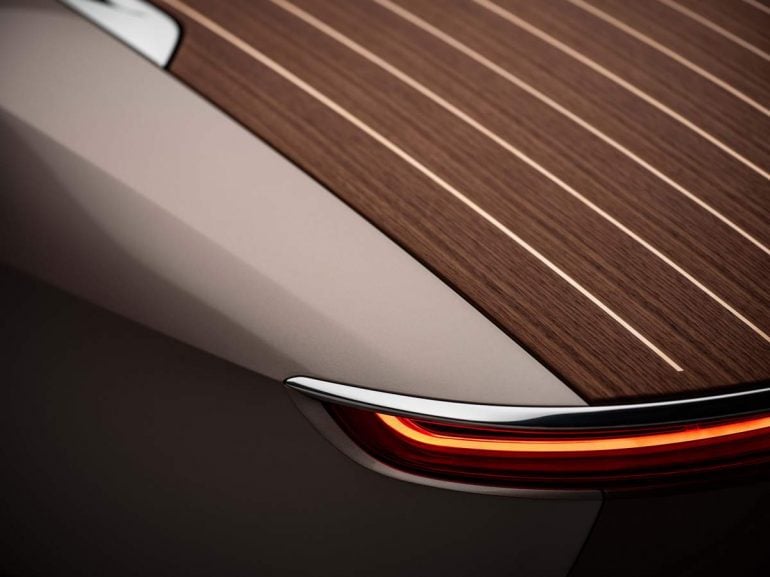 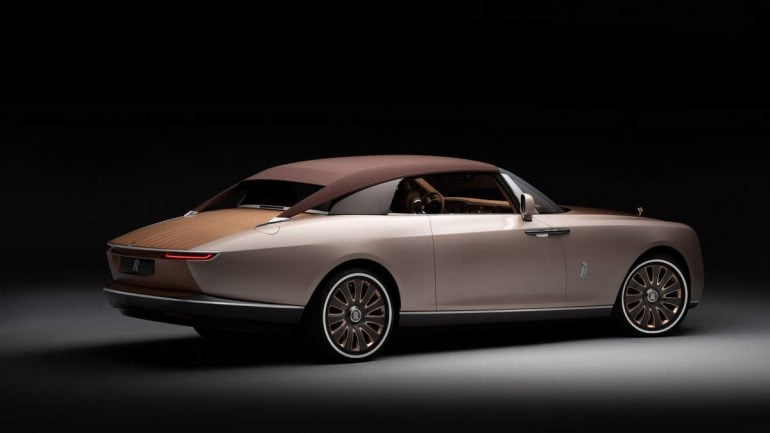 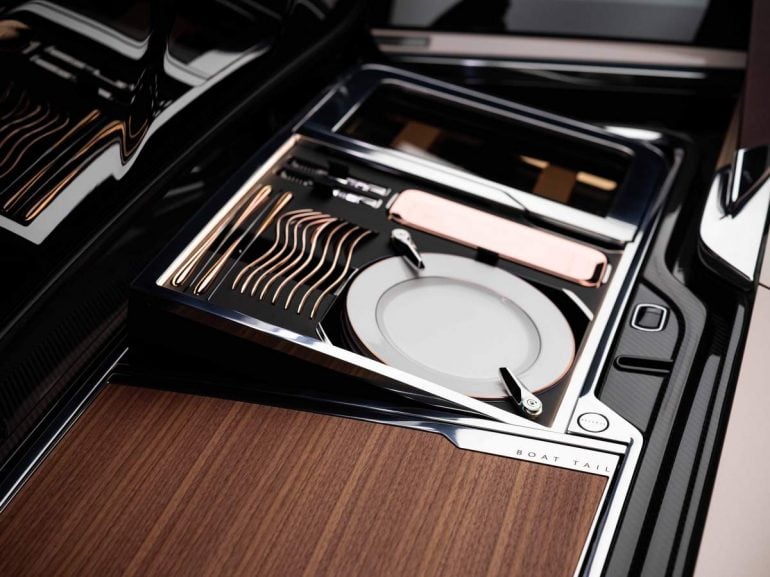 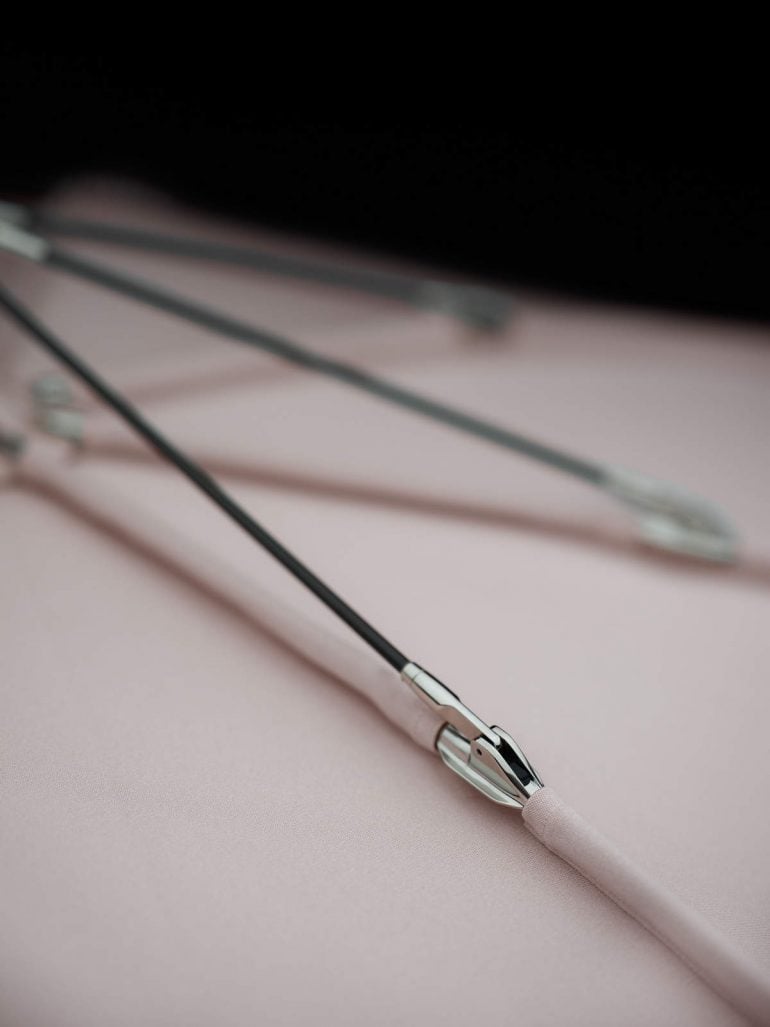 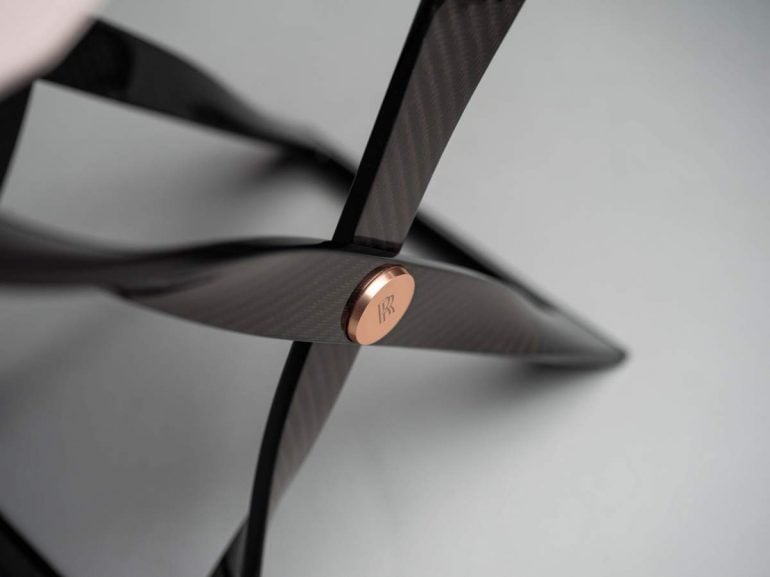