In the last two years, two iconic car manufacturers have surprised us by foraying into the world of motorcycles. It started with Aston Martin announcing its partnership with Brough Superior back in 2019 to introduce the limited-edition AMB 001. Not much later, Lamborghini collaborated with Ducati on a motorcycle themed after the Sian hypercar. Will this turn into a new trend that will be followed by other legendary carmakers such as Bugatti? Well, only time will tell, but an automobile designer by the name of Patrick Pieper has visualized the idea of what a two-wheeled speeder with the iconic Bugatti logo might look like! Meet the Bugatti Vitesse superbike, a concept motorcycle designed with the French supercar manufacturer modern design DNA infused into it. 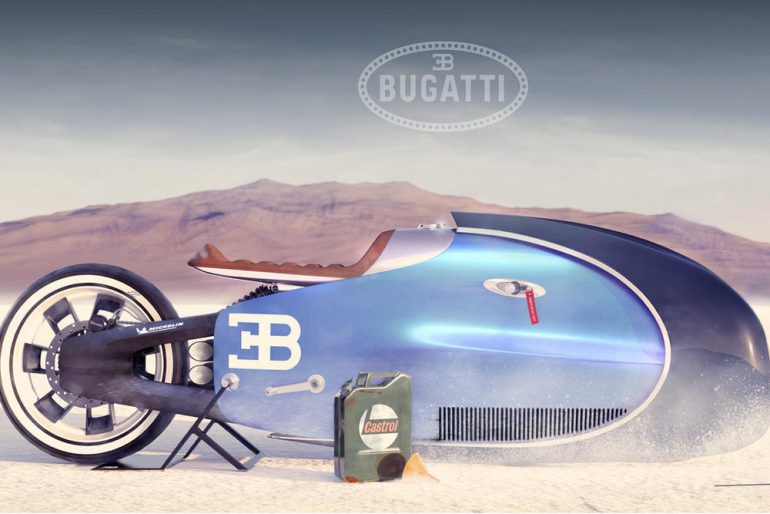 The Bugatti motorcycle concept might remind you of the BMW ‘Alpha’ – another brilliant motorcycle concept that was later turned into a real, working machine. That’s because the Bugatti bike has a similar streamlined design with a fully covered frontend to make it as aerodynamic as possible. According to the designer, the motorcycle was conceptualized as a speeder meant to set a world speed record on the salt flats of the Bonneville Speedway. Patrick says he came up with the concept after he took up the #bugatticonceptbikechallenge on Facebook for a motorbike challenge done by Bugatti enthusiasts around the globe. The design of the motorcycle is said to be inspired by the 2015 Bugatti Vision Gran Turismo Concept, which is clearly evident from the rear wheel’s design and the massive c-shaped vent of the front cowl. The Bugatti Vitesse also gets a modified version of the iconic Bugatti horseshoe grille at the front. The fuel tank and the seat column are milled from a single piece of aluminum, while the swingarm is made out of carbon fiber. The Bugatti bike looks super cool and we hope someone finds interest in it and turns it into reality. 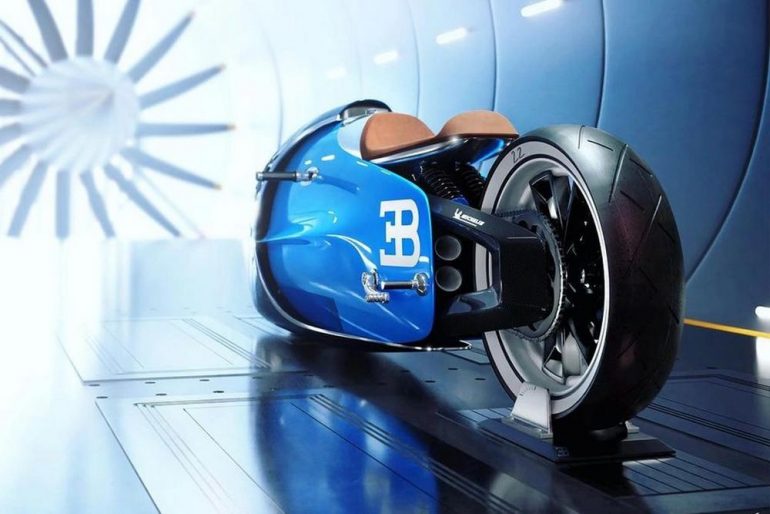 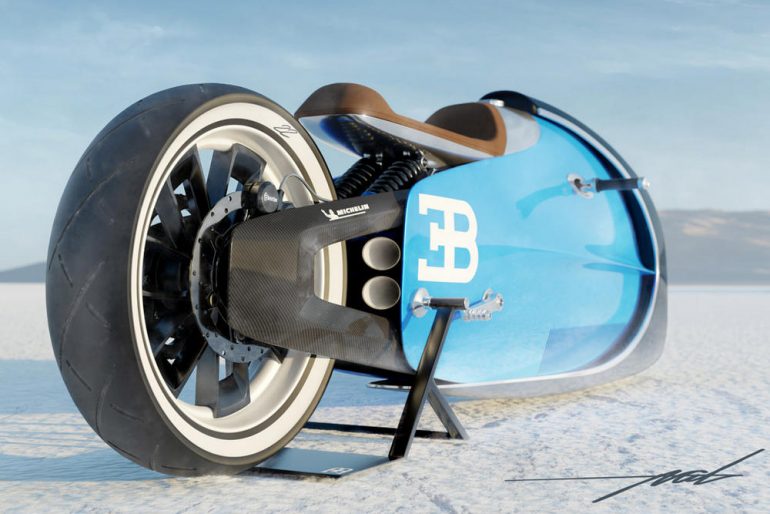 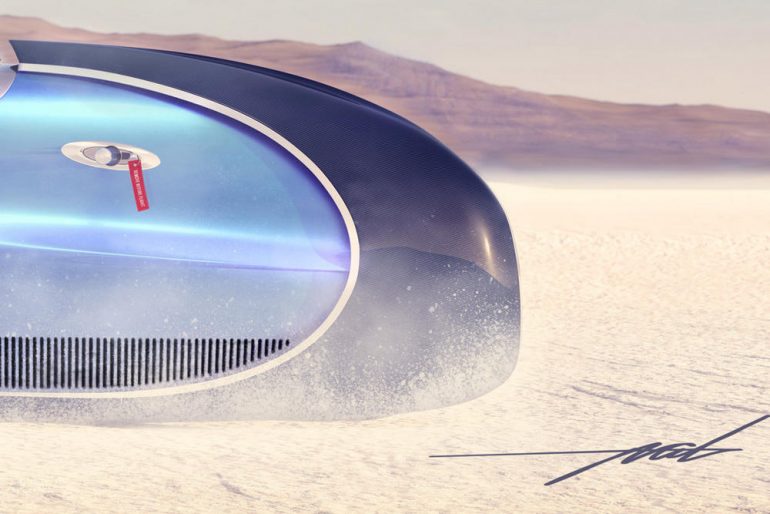 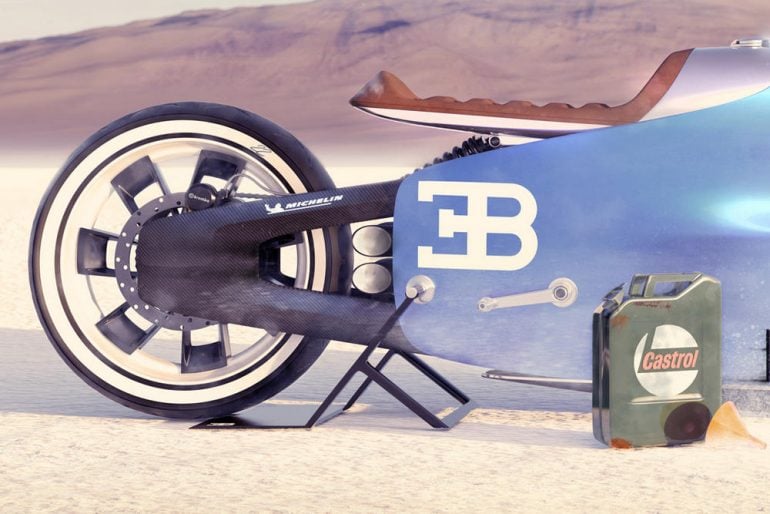 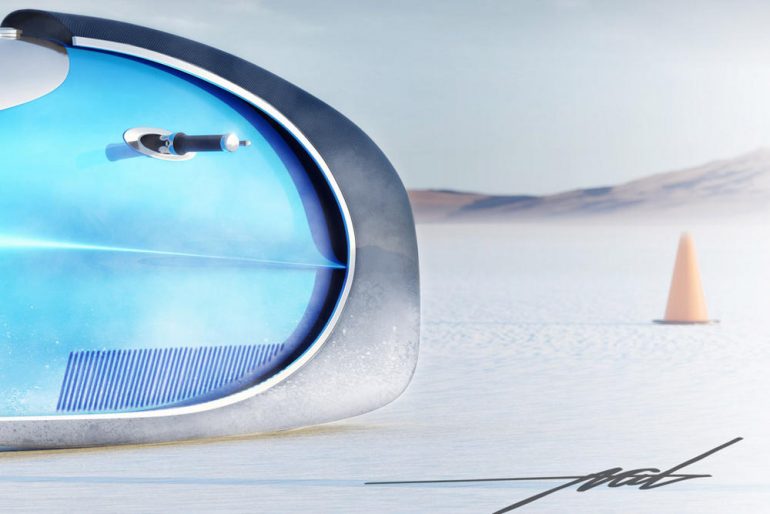 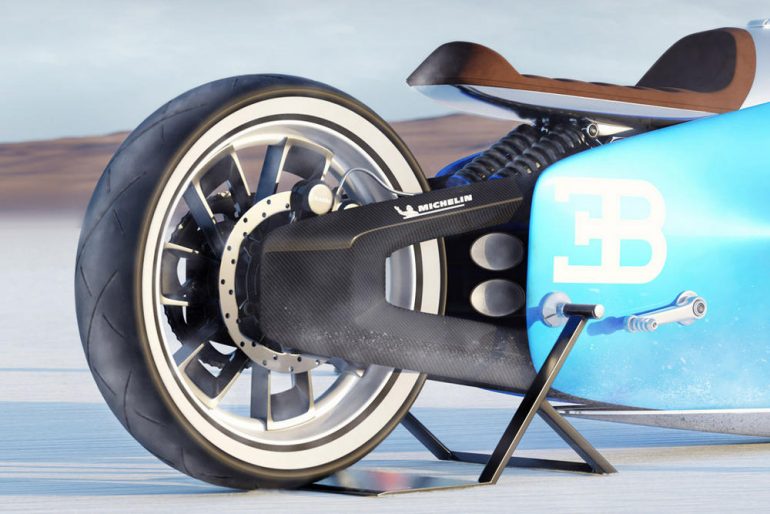 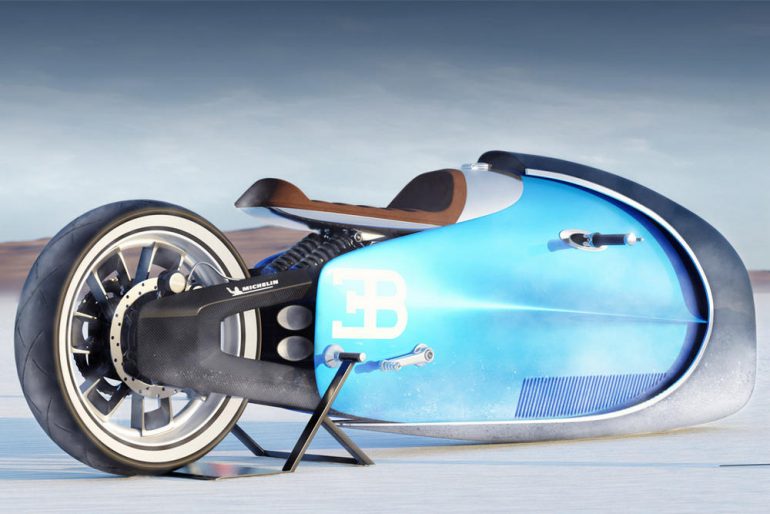 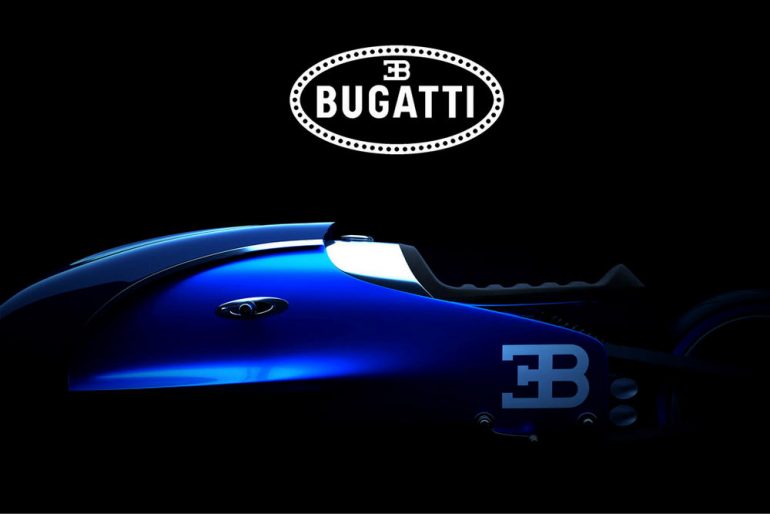