Over the last few months, we have treated with some incredible megayacht concepts by Rome-based Lazzarini Design Studio, which include the $600 million Prodigium inspired by a shark and the $500 million Swan-shaped Avanguardia. The design studio has followed it up with another innovative and futuristic yacht concept called the ‘Pagurus’ or the ‘Crabmaran’. The 25-meter vessel is an amphibious catamaran that uses solar energy to power the yacht. Designer Pierpaolo Lazzarini of Lazzarini Design Studio envisioned the Pagurus as a vessel of thrill-seekers who look for adventure both on land and sea. The solar-powered hybrid catamaran can accommodate a total of 8 guests and 4 crew members, and living spaces have been divided into the two sides of the hull. Each side can accommodate two to three rooms with a kitchen and a bathroom. The two sides are connected to each other through a bridge tower deck station that serves both as a wheelhouse and formal dining area.

Another unique feature is a platform in the deck station that can be lowered to the surface of the water with the 4 electric winches. The platform can act as a tender garage for vehicles that can be used for land or water exploration. Interestingly, the concept design features a Tesla Cybertruck. For prolusion on water, The Pagurus uses dual stern drive propellers powered by twin 890 hp diesel engines. According to the design studio, the vessel can hit a top speed of 24 knots and cruising speed of 18 knots, when traveling on diesel power. The hulls have recesses that house four steel cylinders. Each of them is designed with “a helical spiral flange like the thread of a screw,” which generates water friction and recharges the batteries. These cylinders also can be used for propulsion on both land and water. Although the amphibian catamaran is still a concept, Lazzarini Design says the vessel can be built on-demand with an asking price of €24 million (roughly $29.5 million). 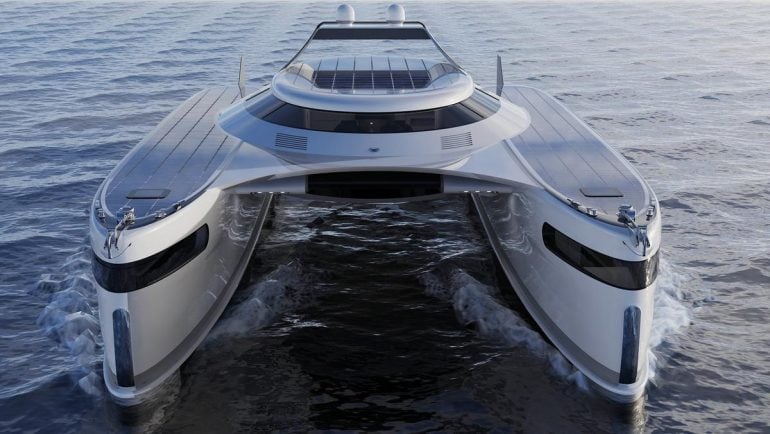 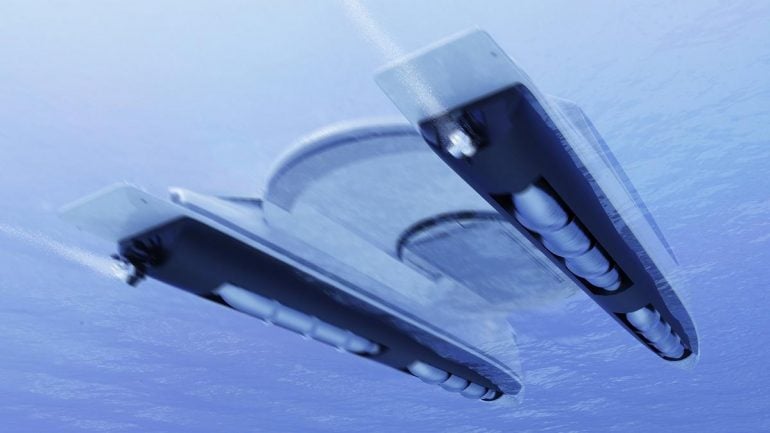 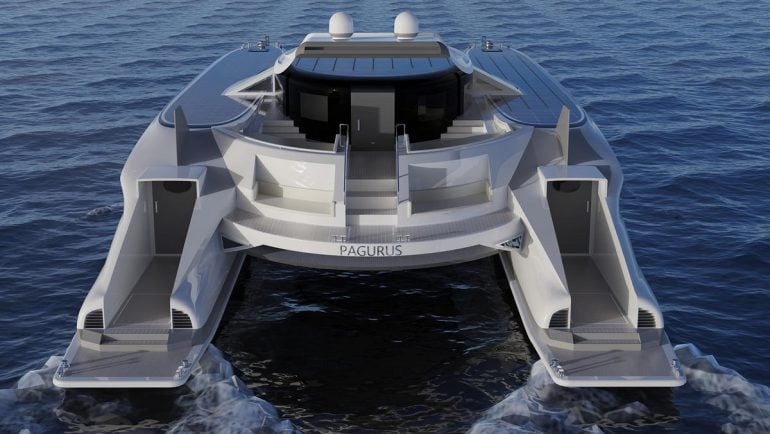 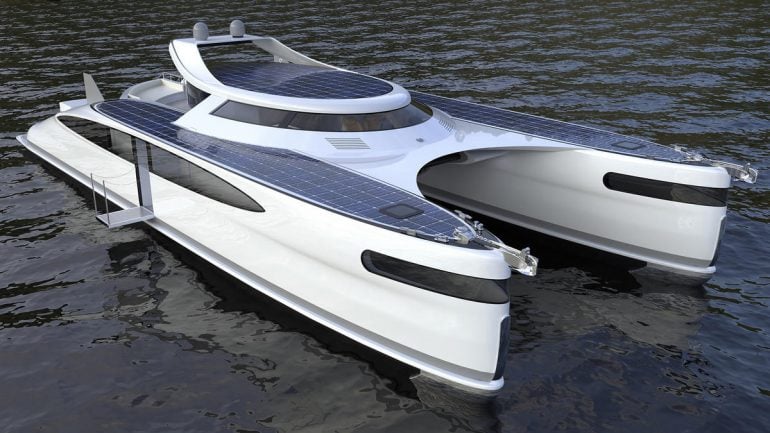 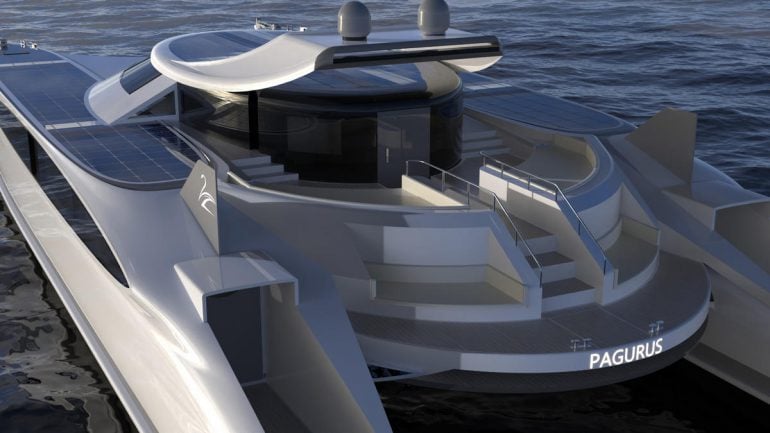 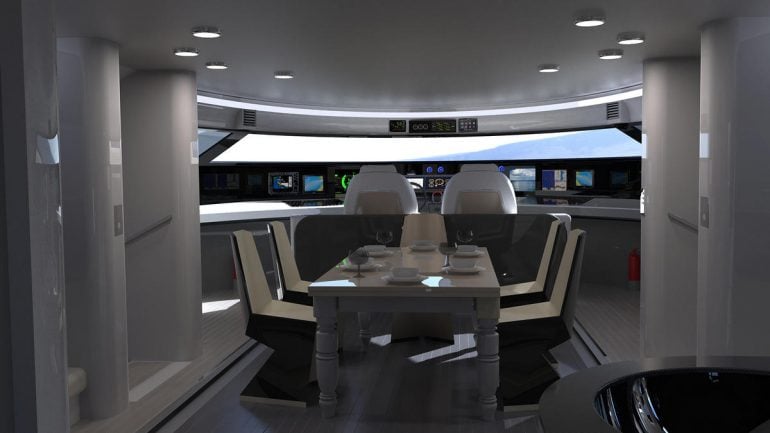 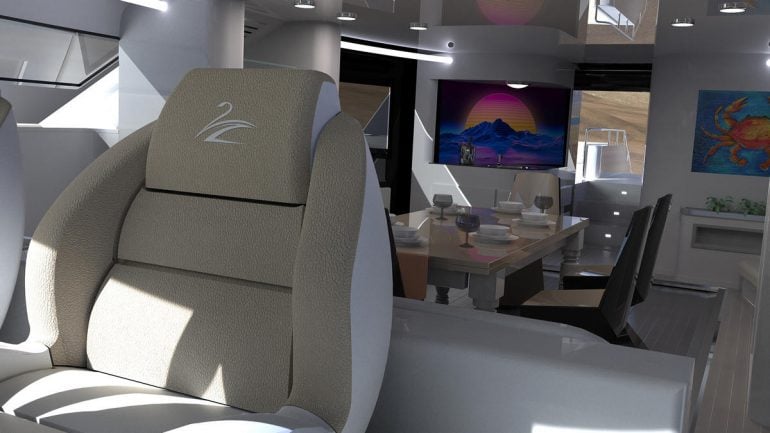 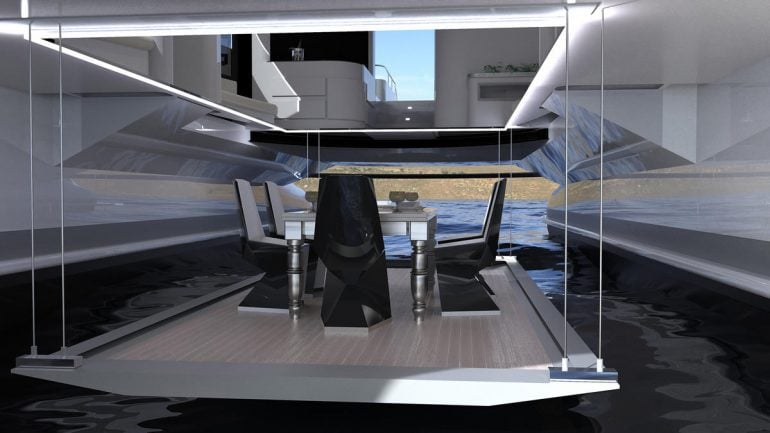 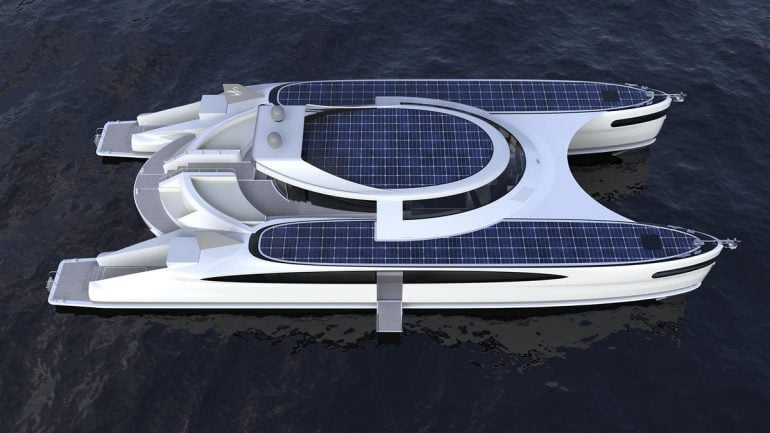 Tags from the story
Hybrid, Solar_Powered