Instagrammers love to post car-related content – something which is clearly evident from the popularity of automotive-themed hashtags. And the fact that cars are often seen as a powerful status symbol makes it even more popular with the likes of those fishing for likes and followers. Confused.com recently completed a study to find the most popular cars on Instagram. The study analyzed Instagram hashtags for 200 of the world’s most popular car models. To make the study fair, the number of posts for each model was compared to its global sales figures, giving all the names on the list an ‘Instagram score’ for the sake of comparison. 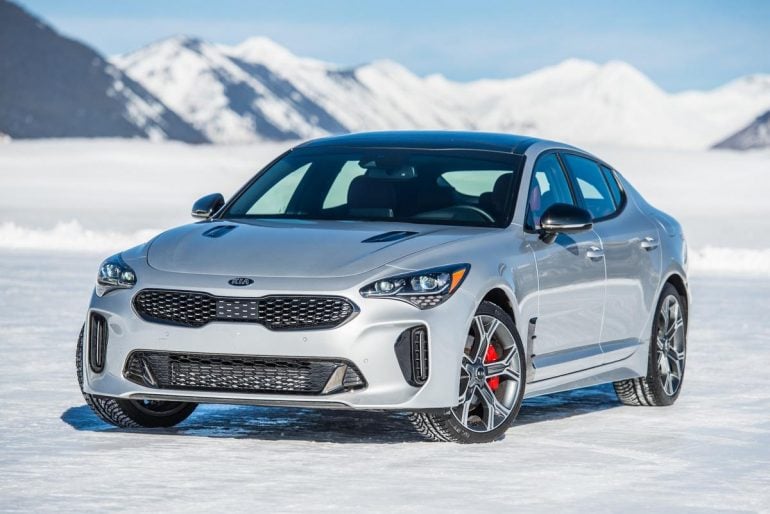 10. Kia Stinger
While you would expect the BMW M3/M4 to find a place on the list, in the tenth spot is the Beamer’s rival from South Korea – the Kia Stinger. The mid-size liftback has been in production since 2017 and was created to take on the German executive sedans. The V6 variant with close to 670hp on tap is quite impressive and the one to have. 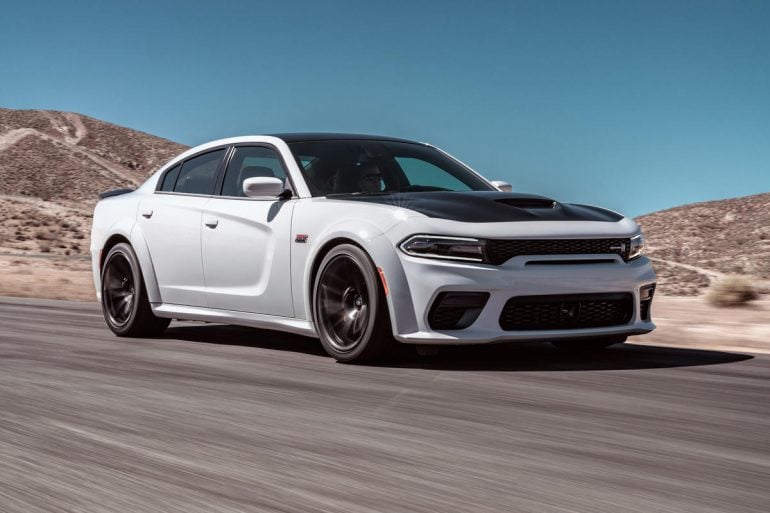 9. Dodge Charger
The Ford Mustang surprisingly didn’t make the cut, but another American icon turns out to be very popular on Instagram. The Dodge Charger has been around since 1966 and the seven generations of the muscle car have been launched over the last 5 decades. We’re pretty that many of the pictures on Instagram would be of the old model – after all, classic Chargers are very popular. 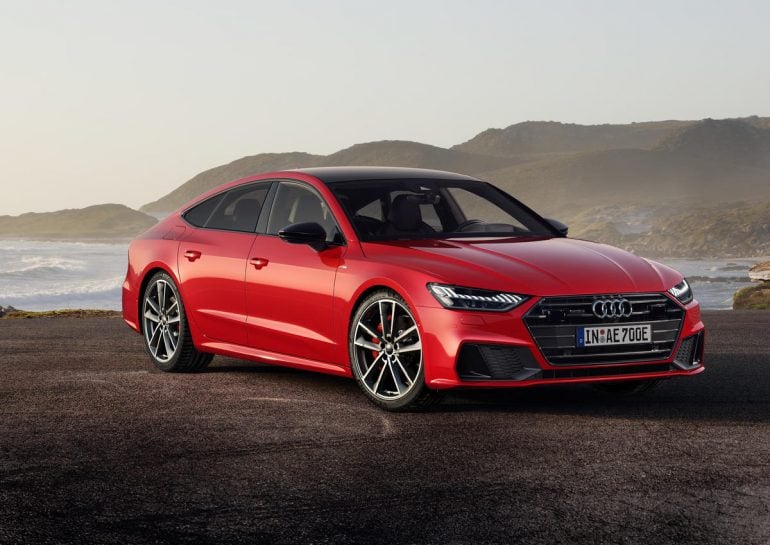 8. Audi A7
Instead of the Audi R8 sports cars, Instagrammers prefer to post pictures of the A7 luxury sedan, making it a more popular choice. The unique design of the A7, which includes the luxury sedan’s sloping roofline with a steeply raked rear window and an integrated boot lid, makes it a very good-looking car. No doubt, it’s a popular model on Instagram. But more popular than the R8? That’s a surprise! 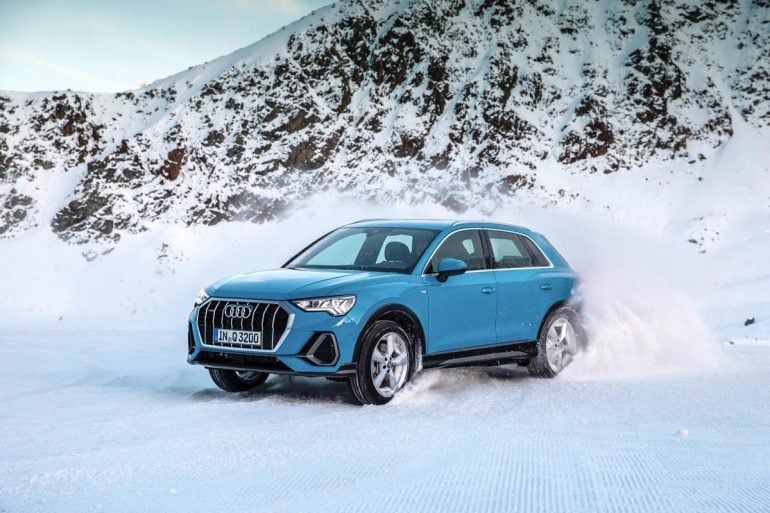 7. Audi Q3
There are several Audis on the list. The Q3 being one of the most popular models by the German automaker grabs the 7th spot on the list. The compact crossover was launched back in 2011 and is very popular in countries like China and India. What’s shocking is that the small SUV beat the likes of the Ford F150 and Jeep Wrangler. 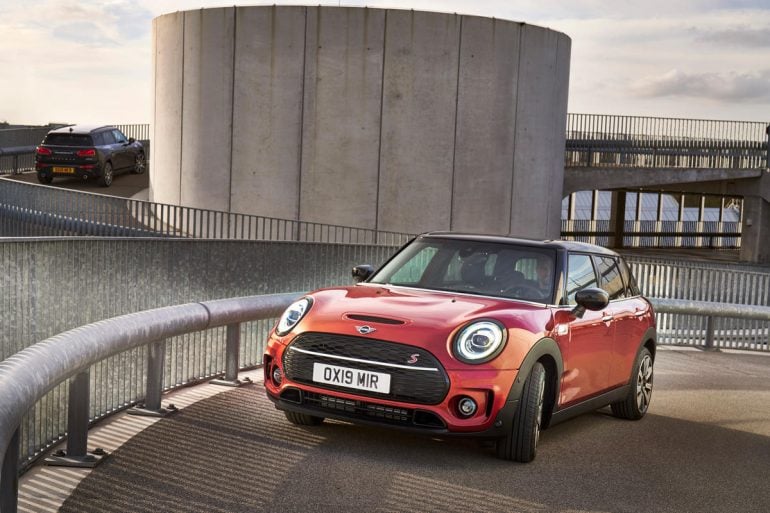 6. Mini Clubman
On 6th spot is not a Ferrari but the Mini Clubman – the longer, wider version of the Mini hatchback. Who doesn’t love a Mini, right? The Mini Clubman is one of the best performers among subcompact cars and the bigger size offers more cabin space, making it a practical, everyday car. Its typical Mini styling definitely makes it a hit on Instagram. 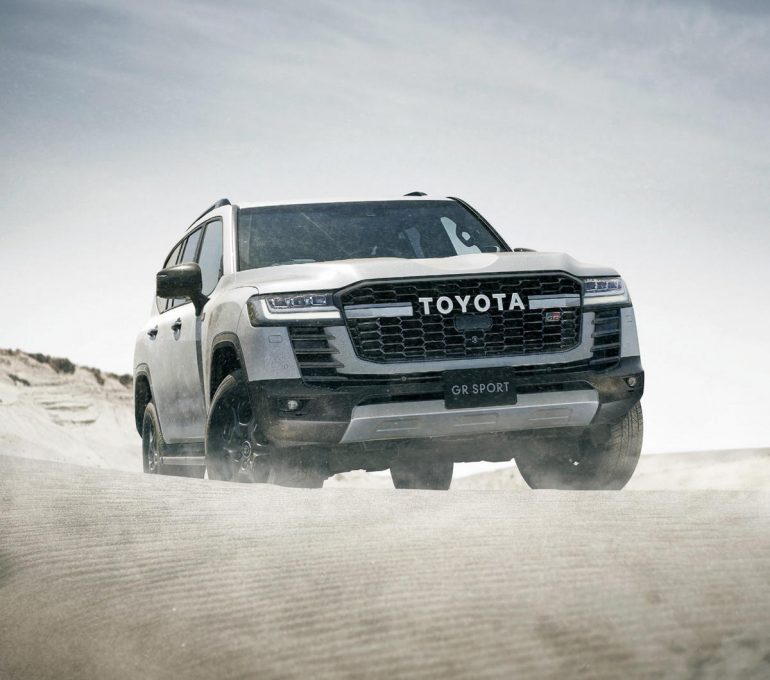 5. Toyota Land Cruiser
The butch luxury SUV from Toyota is slap bang in the middle of the list. A lot of people don’t know that the Land Cruiser’s origins can be traced back to the Willys Jeep from World War II. We can say this with confidence that the Land Cruiser owes some of its popularity on Instagram to the Middle East, especially Dubai where the big-sized SUV can be found doing jaw-dropping maneuvers on sand dunes. 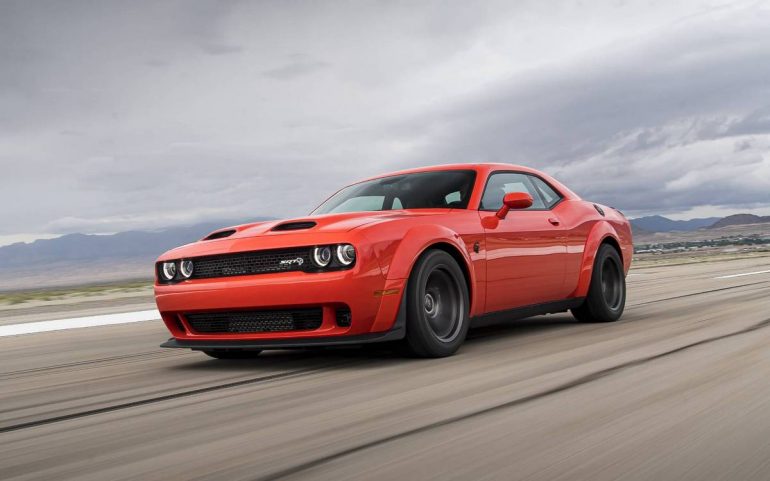 4. Dodge Challenger
Interestingly, the Dodge Charger is not the sole American car on the list. The data suggests that the Dodge Challenger is the most popular car on Instagram from the United States. The Challenger was originally launched in 1969 as a response to the Ford Mustang. It always came out second best, but not on this list. Thankfully, the present-day Dodge Challenger has retained all the qualities of a fire-breathing American Muscle car. 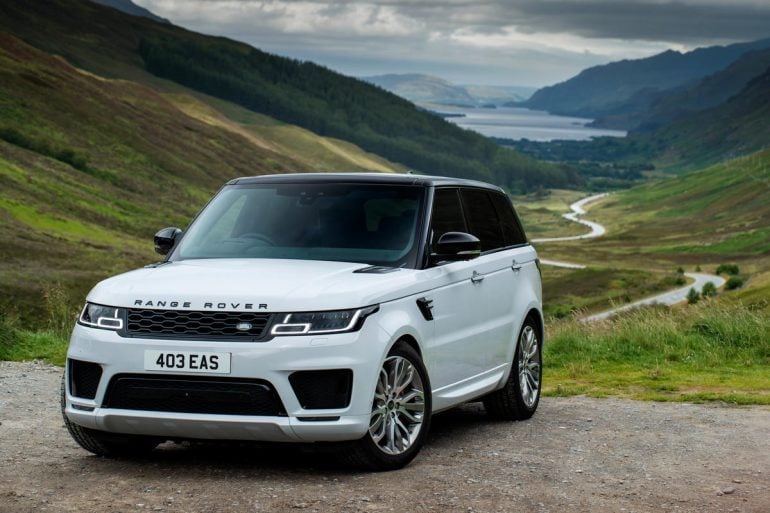 3. Range Rover Sport
All the top three spots are taken up by SUVs and two of them are manufactured by British automaker Land Rover. On 3rd spot is the Range Rover Sport, which is definitely one of the best-looking SUVs money can buy. The mid-size luxury SUV has been in production since 2005 and currently is in its second generation. The beastly Range Rover Sport SVR with a 5.0-liter supercharged V8 engine is very popular on Instagram. 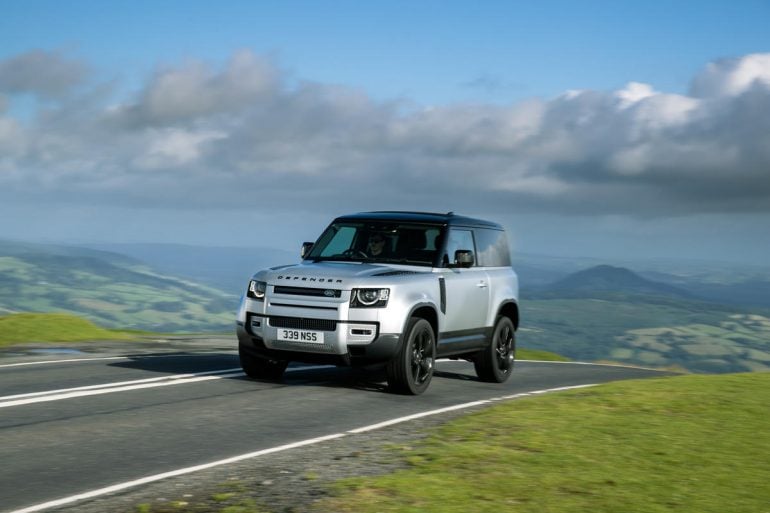 2. Land Rover Defender
After briefly being discontinued, the mighty Land Rover Defender recently made a comeback as a more polished SUV, without losing its off-road capabilities. The relaunch of the model created a lot of buzz, which could be one of the reasons for its popularity on the social media platform. Additionally, the SUV also features in the latest James Bond movie “No Time to Die,” which only adds to its popularity. 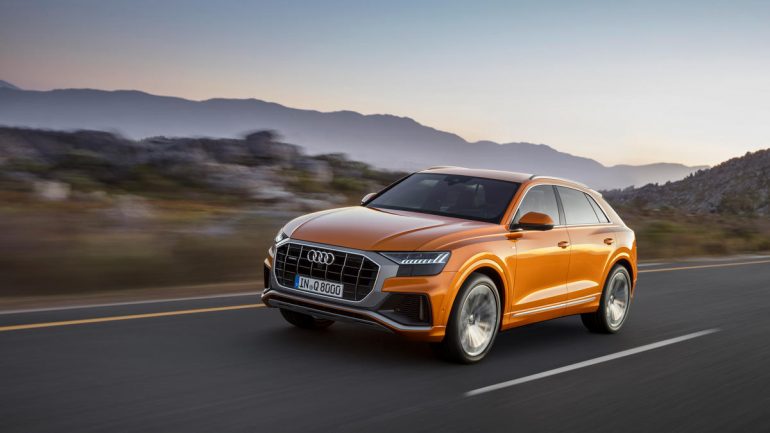 1. Audi Q8
On top of the list is the flagship of Audi SUV line-up, the Q8. While I couldn’t have predicted the Q8 to be the most Instagrammed car in the world, but the mid-size luxury SUV has close to 225,000 hashtags on Instagram. The Audi Q8 was launched in 2018 and introduced a new design language for the brand’s SUVs under Audi’s new head of design, Marc Lichte.