Audi has officially released the first set of pictures and specs of its new 2014 A8 luxury saloon, which will make a debut at the upcoming Frankfurt Motor Show. Mercedes upped the competition by introducing all new stunning S-Class but the updates on the new Audi A8 are more subtle than expected. Except for the new LED matrix headlamps, most of the exterior looks pretty much the same as the current model. The dimensions of the new 2014 Audi A8 are identical to the outgoing model except the A8 L which is 13cm longer wheelbase. The bonnet, however, has been given a minor retouch along with the single-frame grille and front bumper chiseled with sharper, more angular edges along the bottom of the headlights. 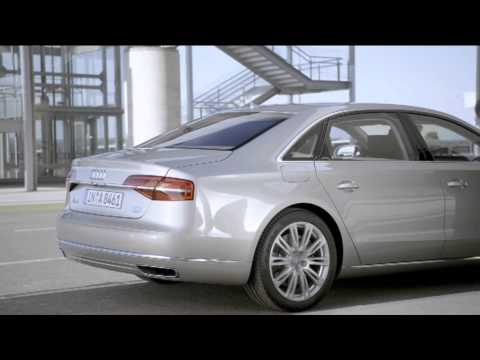 The much talked about 25 LED ‘Matrixbeam’ headlights will come as an option and 18 LED headlamps are standard on the 2014 A8. 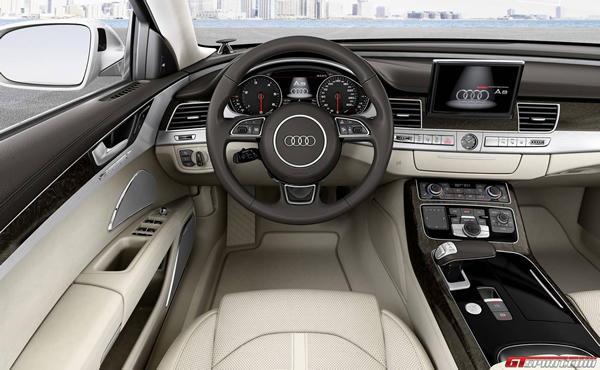 The trapezoidal exhaust and the taillights have been flattened with sharper edges and a chrome strip that runs along the back lines-up with the LEDs. Up to 21-inch wheels can be selected for all the models, and the V8 and W12 have carbon-ceramic brakes optional. 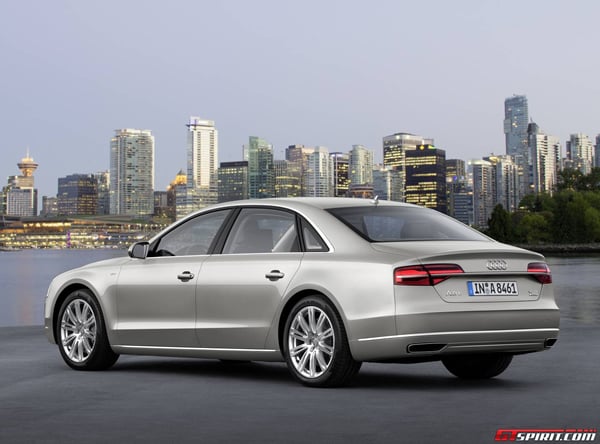 There’s also a minor jump in the engine power outputs of different models except for the hybrid version. Audi claims the new 2014 A8 along with the S8 model has improved fuel efficiency. 5 new colors for the exterior have been added, taking the total to 12 different color options to choose from. Prices in Germany for the new Audi model start at 74,500 euros ($99,500). 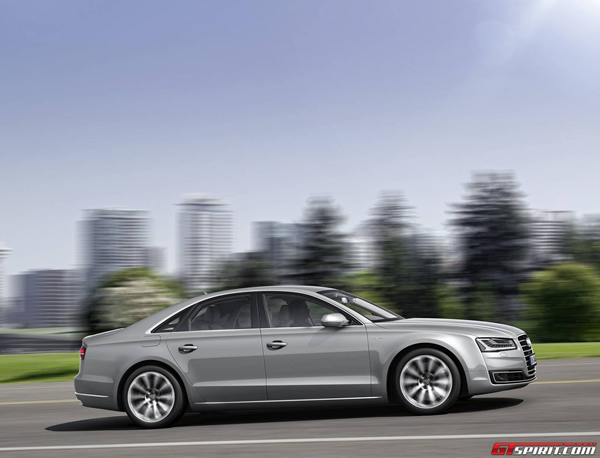 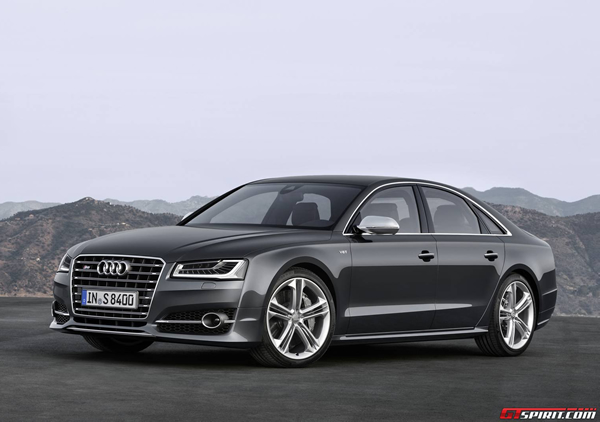 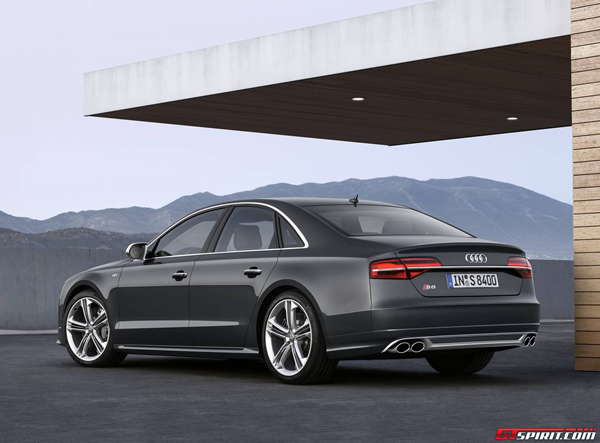 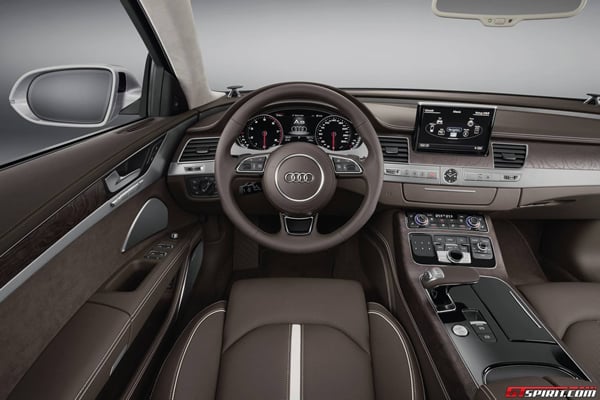 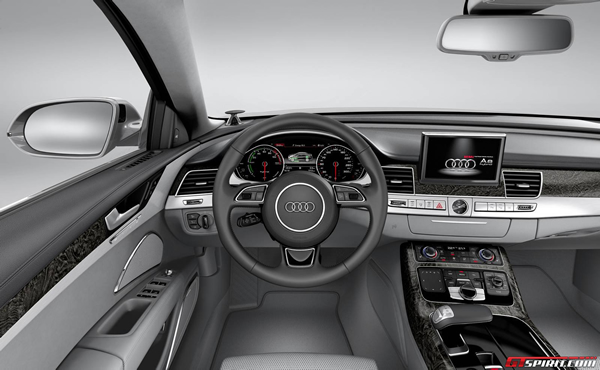 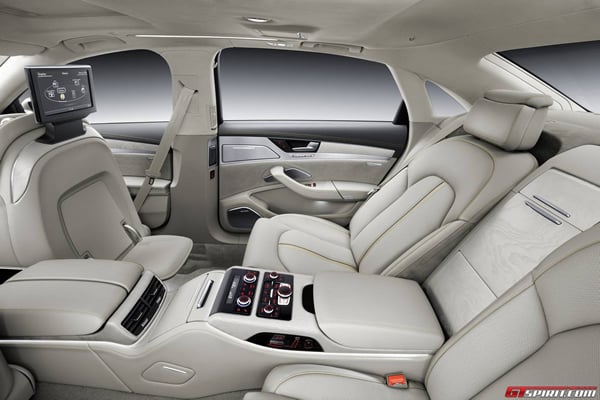