Last year, Audi had revealed the A6 e-tron Sportback concept, previewing an all-new mid-size electric sedan that will join the German manufacturer’s line-up in 2023. The automaker has followed it up with a station wagon version that will share the same underpinnings and enter production in 2024. The Audi A6 Avant e-tron concept understandably features the same design language as the Sportback concept, which looks stunning, especially in the wagon body style. Both the A6 e-tron models will ride on the Volkswagen Group’s scalable PPE platform, which is currently being co-developed with Porsche and will also underpin future models like an electric Porsche Macan and an Audi Q6 e-tron SUV.

In terms of design, the Avant looks almost identical to the Sportback concept from the front. The fascia is characterized by a solid panel styled like the signature Audi single-piece grille that hides behind it vents that channels air for cooling the battery, powertrain, and brakes. The sleek headlights flanking the panel will be equipped with Audi’s “Digital Matrix LED” technology. The lights use a complex shutter system that can project specific shapes and animations. 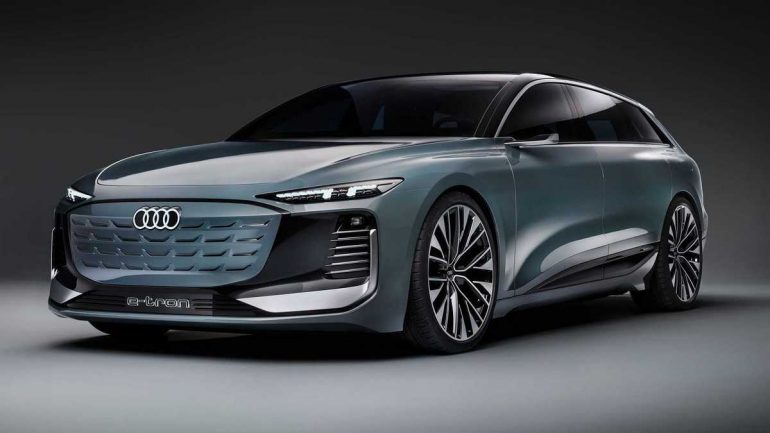 Mercedes-Benz showcased a similar concept back in 2018 called LED Digital Light. However, Audi has gone on to say that the technology is ready to be used in production cars. Additionally, the manufacturer also that the concept’s headlights can project an Audi-developed video game on a nearby wall that can be played from inside the cabin. The tail gets a full-length light bar with 3d elements, while the bumper features a big diffuser. 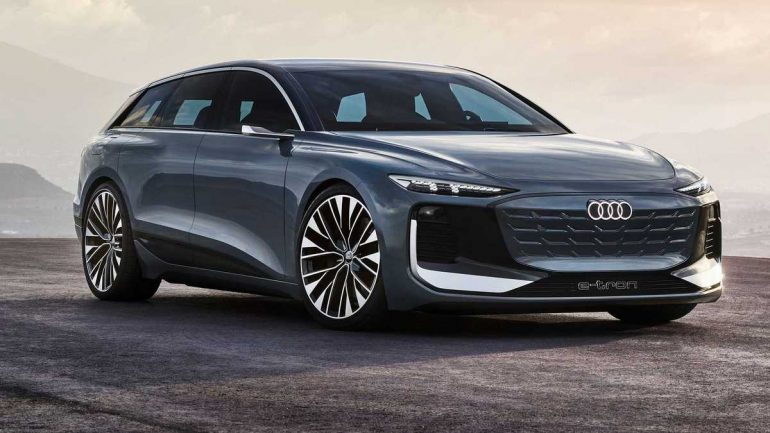 Powering the Audi A6 Avant e-tron concept is a dual-motor setup. Both axles are powered by individual motors that cumulatively produce 469 horsepower and 590 pound-feet of torque. While the battery capacity has not been revealed as of yet but the battery will be big enough to give the rear-drive version a reported range of 435 miles on a single charge. The Avant will also get 800-volt architecture, which will help in seriously quick charging times. Charging the battery from 5 to 80 percent will take less than 25 minutes. While the exact performance figures have not been revealed, Audi says the quickest A6 Avant e-tron models do the zero to 62 mph sprint in under four seconds. Audi hasn’t confirmed if the A6 Avant e-tron’s production version will be sold in the US or not. 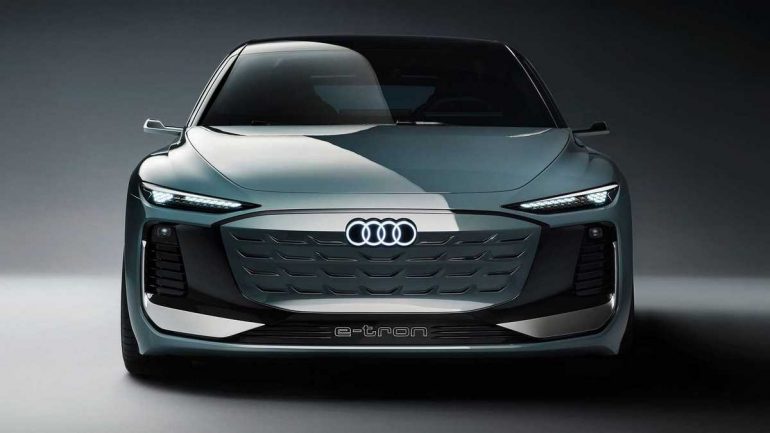 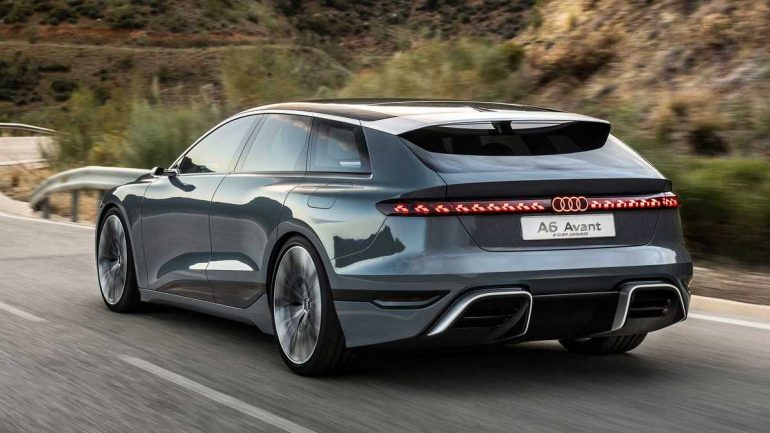 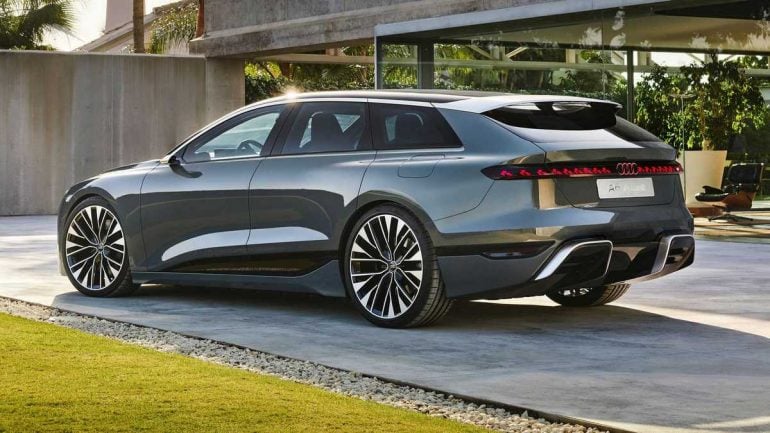 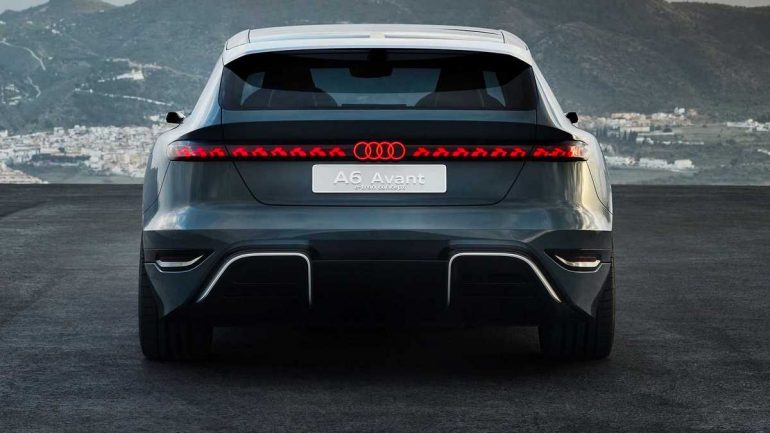 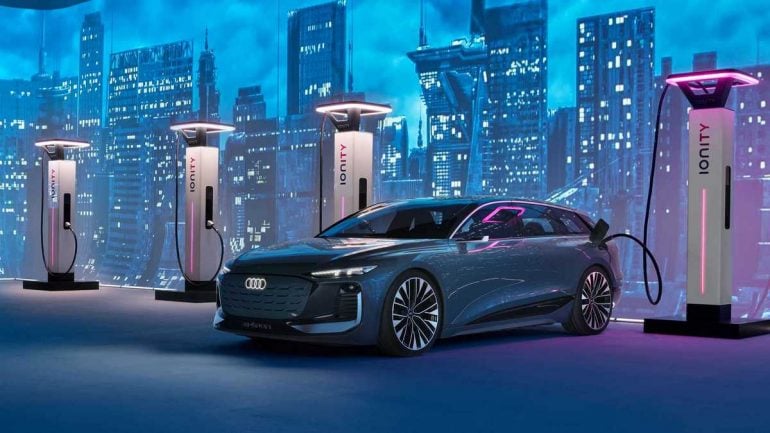 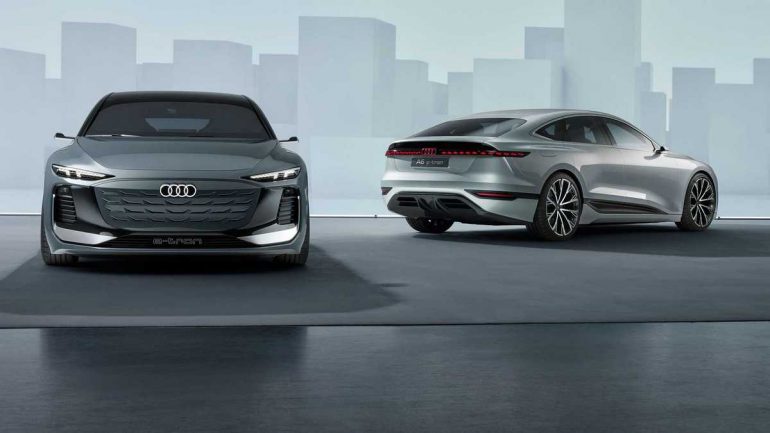