If you’re looking at a very eco-friendly way to travel on two wheels perhaps a bicycle is your best bet. And if you’ve got oodles of cash to spend then you’re going to want the best and that’s where Audi comes in. Mind you, this is not the e-bike we’re talking about here, this is an honest-to-goodness, self-powered, non-motor and yet state-of-the-art bicycle. Joining the ranks of McLaren, BMW, Alfa Romeo, and even Toyota, the Audi Sport Racing Bike is just another addition to the list of ‘high-speed’ car companies toning things down to the bare minimum and still staying on the elite list. 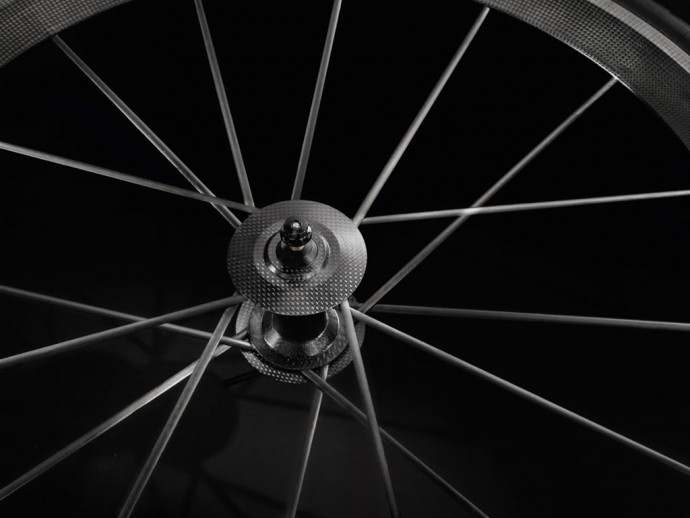 The Audi Sport Racing Bike was recently launched at the 85th Geneva Motor Show. The bike is the result of collaboration between the German car maker, another German company called CarbonSports who specialize in producing Lightweight bikes. Like its competitors, the Audi Sport Racing Bike also takes its tone and some of its refinement from the company’s famous sports vehicles. For instance, the Selle Italia saddle will be covered in the same Fine Nappa leather that you’d find adorning the seats of new Audi R8 sports car. T1000 carbon, that’s used in the Audi R18 e-tron Quattro cockpit, has been called in to build the bike’s frame and forks. The weight of the frame works out to a mere 790g. Audi’s Concept Design Studio, based out of Munich, are responsible for the elegant, suave looking color-scheme that also features an individual limited edition badge. 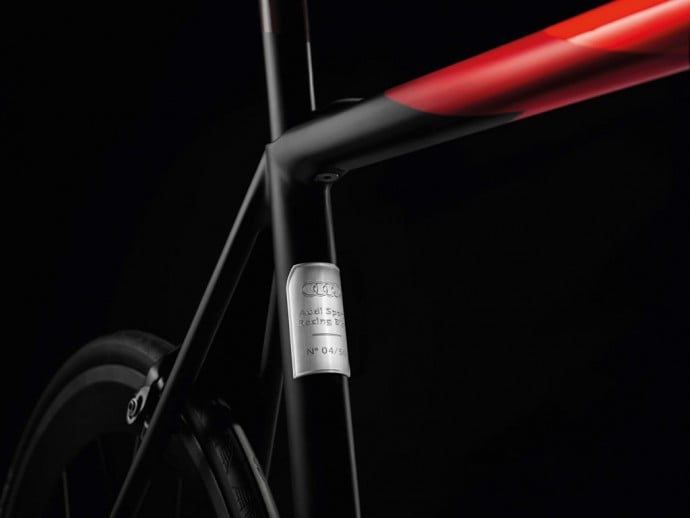 This is not a bike that’s going to go into mass production however; only 50 units will be created and will be priced at a whopping $18,620 (€17,500). Considering the materials gone into construction, the brand it carries and the overall weight, perhaps the price tag is about the only heavy item on the bike.

Tags from the story
Audi, Bicycles