Typhoon Jebi that slammed into western Japan last week is the strongest typhoon to hit Japan’s mainland in 25 years, leaving a trail of destruction in its wake. The storm flooded Ferrari’s authorized dealership built on an artificial island in the city of Kobe, destroying around $9 million worth of high-end supercars. According to Yahoo Japan, the storm surge from Typhoon Jebi sent three feet of seawater into the showroom and destroyed 51 of 53 new and used Ferraris housed at the dealership, including some which already found its owners. The employees at the showroom tried different methods to keep the seawater out, including the use of sand bags, but nothing helped. According to reports, the cars were flooded with seawater and have been trucked away to be scrapped. The dealership will reportedly look to insurance to recoup its losses. 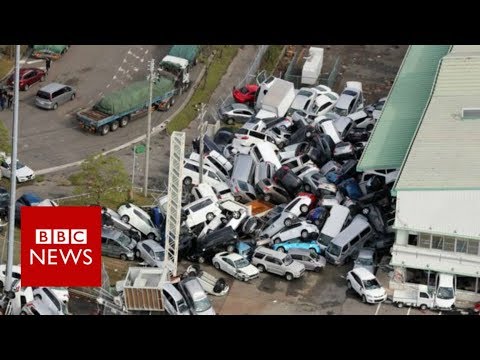 Typhoon Jebi slammed the island nation with 130 mph winds, claiming the lives of at least 11 people. It is the strongest storm of its kind to hit Japan in decades. The storm was so strong that it yanked an 89-meter-long tanker from its anchorage and rammed it into the bridge connecting Kansai Airport with the mainland, forcing the closure of the airport for three days.

Tags from the story
Ferrari, Japan