When mother nature unleashes its wrath, no amount of technology or money can save us from it. Natural calamities like hurricanes, earthquakes, and volcanic eruptions have historically wiped off entire civilizations in no time. Something as small as a hailstorm can even inflict a lot of damage to our worldly belongings. The city of Calgary in Canada recently suffered a severe hailstorm that left behind a trail of broken windows and damaged property. Reports run by local news channels gave us a look at the extent of this storm’s damage. But a Reddit user posted a video of a Lamborghini Aventador that was left parked outside and faced the brunt of the hailstorm. While the video doesn’t have audio, the visuals show the entire hood of the supercar dimpled by balls of ice falling from the sky. Even the windscreen of the Aventador was left completely smashed.

This hurt my soul from r/Calgary

According to the information shared on the Reddit post, the owner of the Lamborghini lives at an apartment complex that doesn’t have a covered parking lot. The entire aluminum hood looks in very bad shape and doesn’t appear to be salvageable. The carbon fiber panels, including the roof, seem to have weathered the storm; although the paint also appears to be slightly damaged and might need touchups. However, almost all of the repair work needed looks cosmetic and the crashing hails shouldn’t have caused any mechanical damage. Thankfully, insurance should cover all the repair bills. If you’re a die-hard petrolhead, I’ll suggest you skip the video! 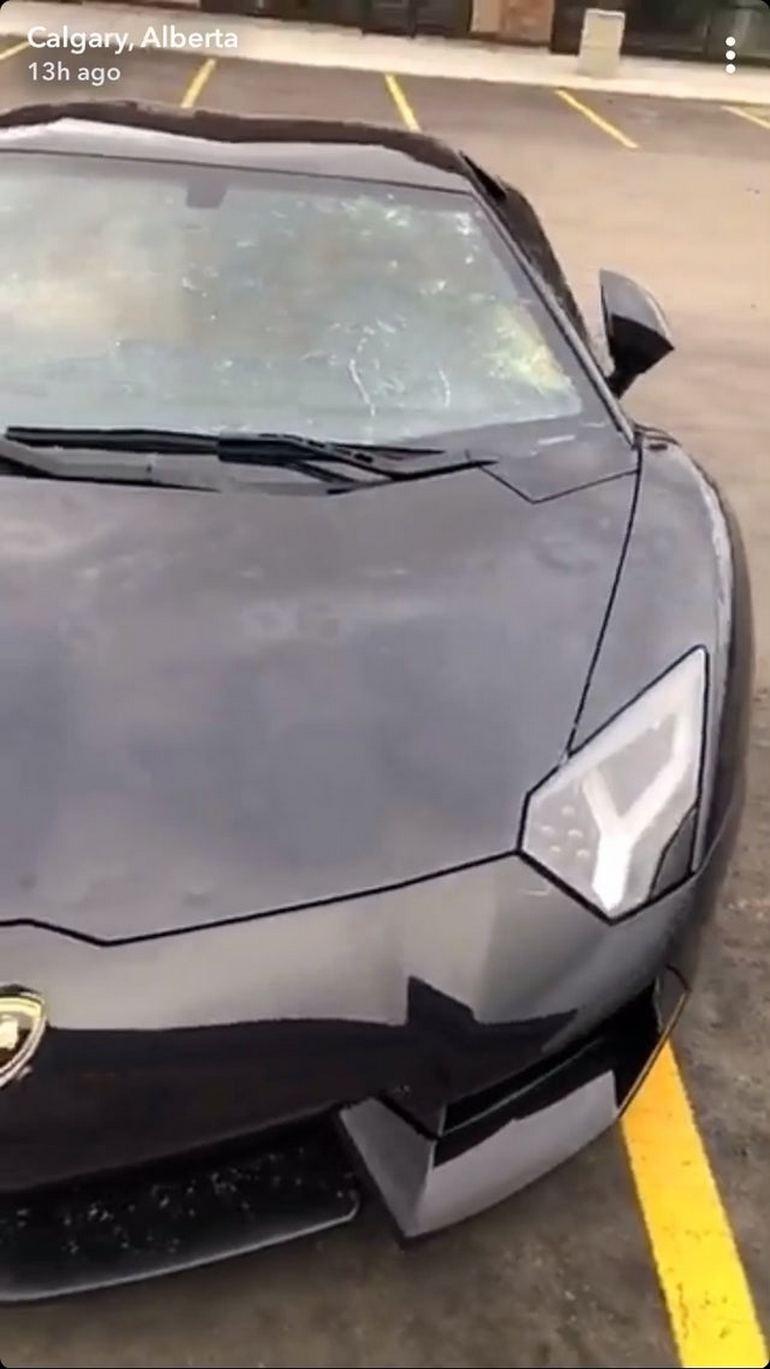