A start-up by the name of Boom is all set to introduce the future of high-speed air travel. By high-speed we mean 2.2 times the speed of sound. Yes, you read that right. The company has its ambitious sight set on an aircraft that will hail people from New York to London in just 3.5 hours! Boom has already commenced work on the first prototype, which may touch the skies by the end of 2017. 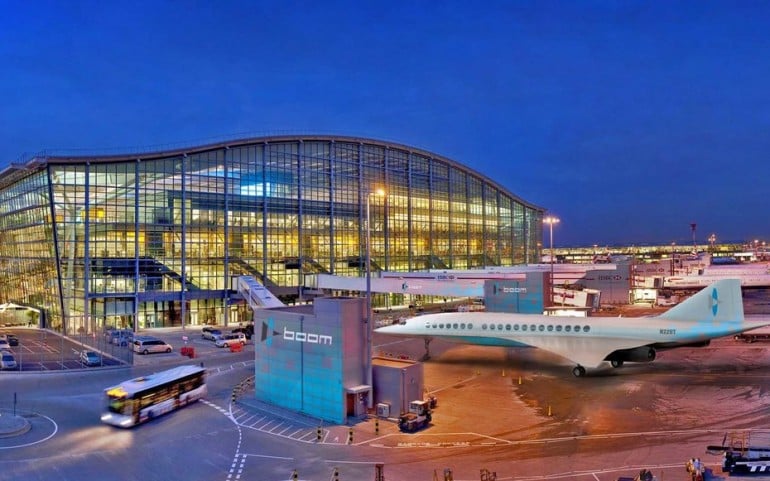 Made of eleven highly skilled employees, Boom consists the people behind fighter plane engines, 787s and even folks involved in the Spaceship Two. To make things even more exciting, Sir Richard Branson’s Virgin Group has expressed interest in the idea and has already optioned 10 planes in a deal that is valued at $2 billion. An anonymous European carrier has also optioned 15 planes, which brings the deal up to $5 billion! This doesn’t indicate the purchase of the planes by the aforementioned entities but the desire to invest in them should the project kick off.

“Richard has long expressed interest in developing high-speed flight and building high speed flight R&D through Virgin Galactic and our manufacturing organization, The Spaceship Company,” said a spokesperson from the Virgin Group. “We can confirm that The Spaceship Company will provide engineering, design and manufacturing services, flight tests and operations and that we have an option on the first 10 airframes. It is still early days and just the start of what you’ll hear about our shared ambitions and efforts.”

Virgin will also assist Boom with the supersonic testing of the planes. Boom is an angel-funded company that has names such as Y Combinator, Sam Altman, Seraph Group and 8VC as its benefactors. The exciting part of the entire affair is the fact that Black Scholl, Founder of Boom, believes that a round trip at a speed of 1,451 will cost just $5,000. “The idea is for a plane that goes faster than any other passenger plane built before, but for the same price as business class,” he said.