Luxury Launches and Istanbul’s Grand Tarabya Hotel, of the Leading Hotels of the World portfolio, have specially crafted an itinerary for all our globe trotters this season. Of course, this itinerary covers all aspects of your favourite Turkish destination; think dining, shopping and exploring some of the most well-known secrets of this bustling city.

But more about the city- with its historical peninsula, numerous scenic and historical beauties, Istanbul is a magnificently unique city that has been capital to many civilizations from past to present and still continues to be home to residents from all over the world.

Europe and Asia meet in Istanbul, and throughout this vibrant city, you’ll find traditional and religious landmarks happily co-existing with modern restaurants, galleries and nightclubs. 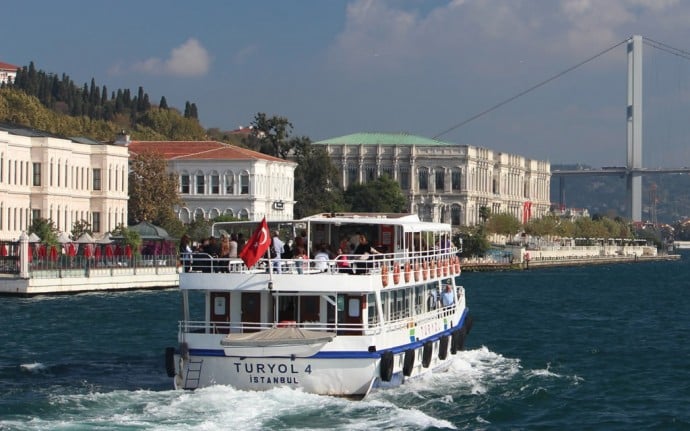 A cruise on the Bosphorus is probably the most overlooked Istanbul tourist attraction. Understandable, with such an abundance of historical sightseeing spots in Istanbul and too little time to squeeze them all into your short holiday. Cruising from one continent to another has something special. You pass by the magnificent Dolmabahçe Palace, which is situated in Europe and minutes later on the right you pass by the Küçüksu Palace, which is standing at the riverside in Asia. Incredible Mosques are lined up next to each other overlooking the cities from one of the many hills the city is built on. 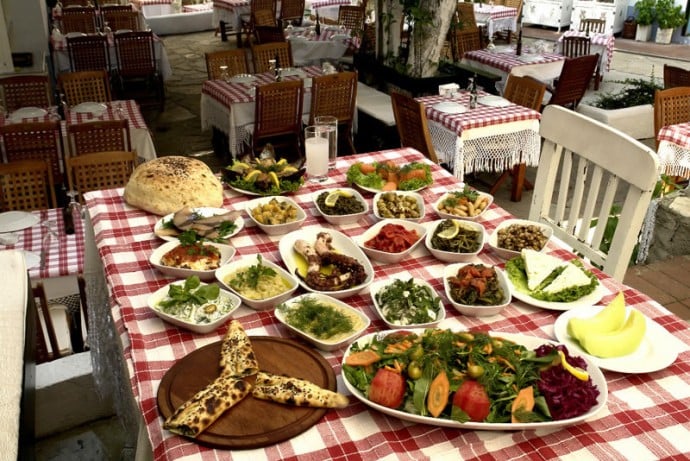 Must Try Dish: The Meze
The best dish is arguably the Meze – a selection of traditional Middle Eastern and Turkish savoury dips. The mezesare is usually placed at the middle of the table and shared. Toasted bread complements the various dishes. This is aherbivore centric meal. The meze platter consists of a variety of dips, the recommended ones are:
* Chili Tomato Paste (Ezme)
* Grilled Eggplants with Yogurt (Patlıcan Ezmesi)
* Grilled Eggplant Salad (Patlıcan Salatası)
* Fried Eggplant with Tomato Sauce (Şakşuka)
* Mint Yogurt Dip (Haydari)
* Pinto Beans (Barbunya)
* Artichoke (Zeytinyağlı Enginar) 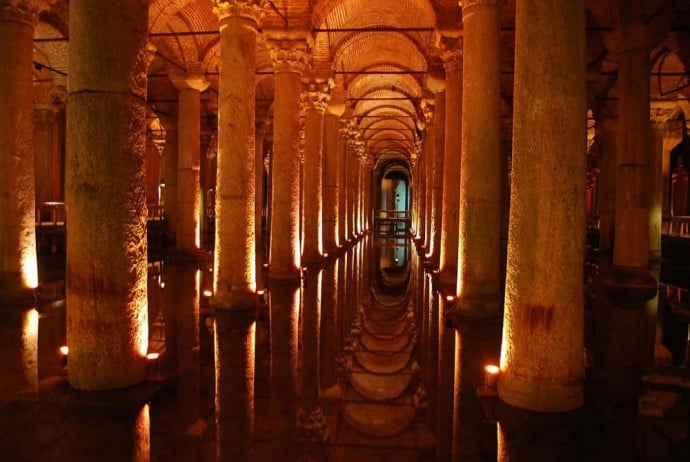 Best Local Secret: The Basilica Cistern
The Basilica Cistern is undoubtedly one of the coolest places in town. Like most sites in İstanbul, the cistern has an unusual history. It was originally known as the Basilica Cistern because it lay underneath the Stoa Basilica, one of the great squares on the first hill. Designed to service the Great Palace and surrounding buildings, it was able to store up to 80,000 cu metres of water. Forgotten by the city authorities some time before the Conquest, it wasn’t rediscovered until 1545. The cistern was cleaned and renovated in 1985 by the İstanbul Metropolitan Municipality and opened to the public in 1987. It’s now one of the city’s most popular tourist attractions. Walking along its raised wooden platforms, you’ll feel the water dripping from the vaulted ceiling and see schools of ghostly carp patrolling the water. 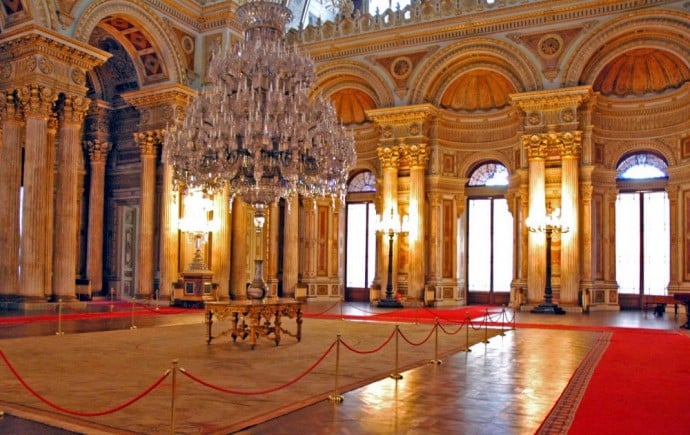 Top Architecture: The Dolmabahce Palace
Wars are fought, economies sink and revive themselves, but fortunately for those in the future, the consequence is sometimes a unique palace. Many suffered during the time of economic reform when the Turkish Empire was still known as “The Sick Man of Europe.” The Result: A sumptuous Creation – Consisting of 285 rooms, four grand salons, six galleries, five main staircases, six hamams and 43 toilets, the palace is a vision. Fourteen tons of gold and 6 tons of silver were used to build the palace. The palace is a glittering collection of Baccarat, Bohemian, and English crystal as well as Venetian glass, which was used in the construction of walls, roofs, banisters, and even a crystal piano.

Best Place for Local Shopping: The Nisantasi
Nişantaşı is the perfect to place to sample the absolute best of what Istanbul has to offer, from world-class shopping to food and culture, and is a great alternative to the city’s many indoor shopping centres. This is not a shopping center, but a district known for committed shoppers in search of sophistication. The main street in the area is Abdi İpekçi, where many of the world’s luxury brands, such as Louis Vuitton, Prada, Dior and Cartier, have boutiques. As well as offering shopping, Nişantaşı has become a centre for culture and art, while streets such as Mim Kemal Öke and Atiye are an excellent destination for those looking for cafés and restaurants in which to sample some of the city’s best cuisines.