Just yesterday we discussed how half a million dollars could get you your very own platinum portrait. This time we’re adding another zero to that big number courtesy the latest entrant on Las Vega-sphere. Enter, swank property The LINQ and its star, The High Roller. While the former is a pedestrians’ paradise the latter is literally the high roller of wheel structures. Clichéd sounding yet fascinating, isn’t it? It’s Vegas after all, what else did you think! 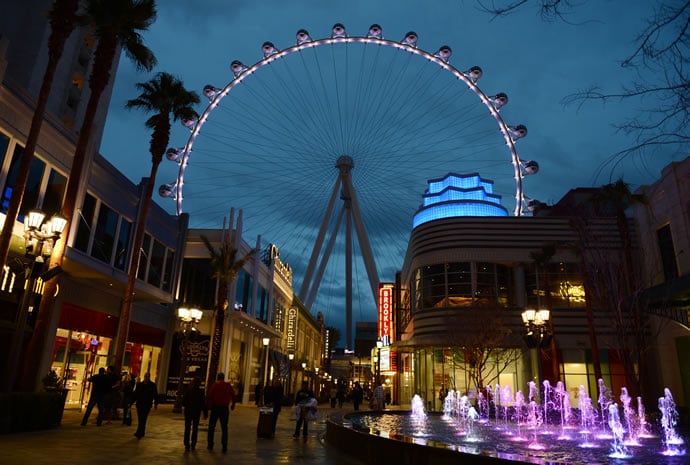 The High Roller is the highest observation wheel in the world. With 28 cabins that can each hold 40 guests, it will travel at one foot per second and take roughly 30 minutes to take a complete turn. And while that means the most impressive views of the Las Vegas valley already, the cabins will also feature dynamic videos and music shows in tandem with the scenery to up the fun. 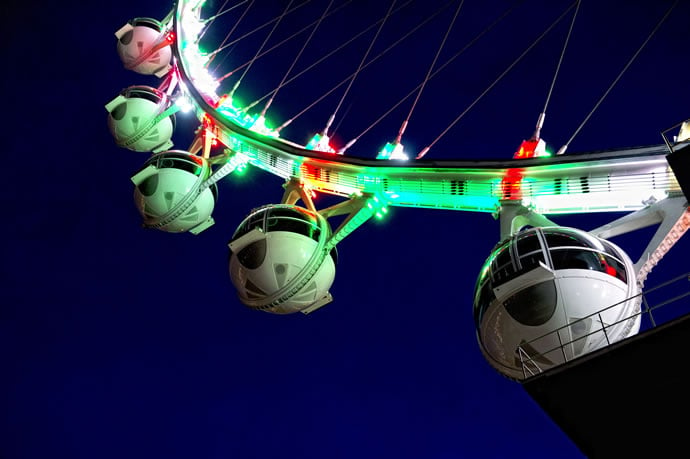 And speaking of fun, the mammoth wheel marvel lit up sin city’s skyline on Feb 28th, in an inaugural move/ call for greater anticipation. Needless to say, it succeeded and will likely see queues snaking Vegas-scape when it opens in mid-April. But until then, the 2,000 LED lights strong rolling structure is set to shine every sunset and is clearly the glowing jewel of the crown called The LINQ. 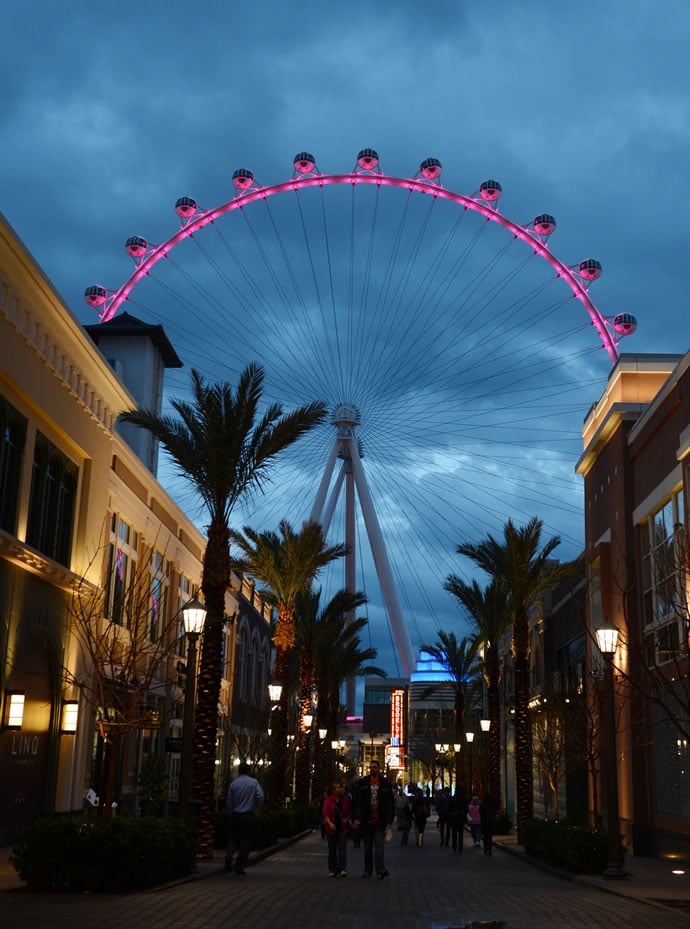 Vegas’ first open-air retail, dining and entertainment district and home to aforementioned wheel, The LINQ is set to open by the end of spring in the heart of the Las Vegas strip. A bedazzling ensemble of Southern California chain concept The Yard House, New York’s Brooklyn Bowl and other nightspots and shops, LINQ sits directly across form the Caesar’s Palace. 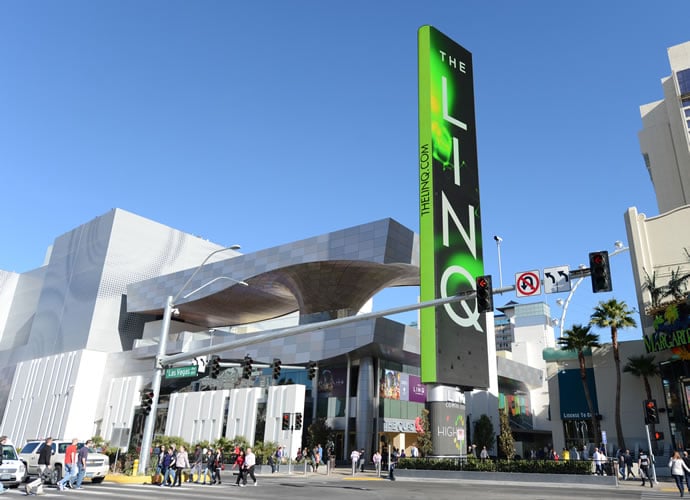 In fact, the $550 million Caesars Entertainment project saw its first phase open last year in December and has several drinking and dining venues, which are now functional. Poised to be the social hub of the Strip, the 300,000 sq. ft. space will catapult the Las Vegas scene with more venues that include sneaker boutique 12 A.M. Run, former rock ‘n’ roller Caito Maia’s eyewear and watch brand, Chilli Beans and F.A.M.E, a culinary bazaar of the best of Asian Night markets.

Tags from the story
Las-Vegas, Worlds-Largest