Ever since it was first introduced, Google Glass has been hailed as the future of wearable technology; and there are some very good reasons to believe that. In addition to individuals who bought the Google Glass through the early adopters program, many businesses and even government agencies have come forward to embrace the smart eyewear and find its possible uses in enhancing their operations. Airline industry has been one of the first to adopt the pioneering technology. Earlier this year, Virgin Atlantic equipped its concierge staff at Heathrow airport with Google Glass to serve the passengers of the upper class wing. And now, Copenhagen has become the first airport in the world to equip its staff with the eyewear.

The Danish airport launched a pilot project in partnership with SITA Labs earlier this month and equipped two of its staff members with Google Glass. The project was declared a success by the airport’s operational team, who found that it assisted in the job of looking after the 62,000 passengers who pass through the complex’s four terminals every day. Those involved in the trial said having access to services such as Google Translate, in addition to gate, baggage and flight information improved the level of service they could provide to travelers. “And because the devices are hands-free, our managers are not focusing on a screen and can engage better with our passengers,” said Marie-Louise Lotz, the airport’s director of customer care. 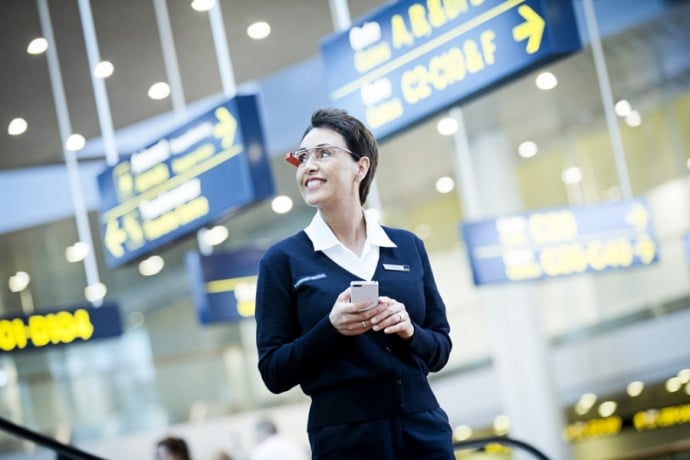 Tags from the story
Google