While Dubai is a pulsating city in every right already, it’s love for the exciting and novel only seems to be growing with each passing day. After being host to a number of interesting and extravagant happenings over the years, the city is back again with a stunner. This time, we are talking about the Meraas City Walk, a novel outdoor retail shopping concept that has recently opened its doors for visitors and locals in the city. Unlike any other ordinary mall, the City Walk is a lucrative platform that provides a supreme viewing experience by merging LED, video mapping, water-screen projection, digital canopy and sound experience, all under one roof. The result being – an exhilarated and uber-happy lot of visitors!


While a number of AV companies were involved in the project, Float4 – a celebrated designing firm, together with XYZ Cultural Technology handled the content creation and design of the head end system and that of the custom built projection system for the water feature along with the end to end integration. The headend system is powered by 32 Christie Pandoras Box servers and two of Float4’s own RealMotion servers that offer real time content generation so the displays can handle interactive content.Further along, a Medialon show control system and two Crestron DM matrix switchers (a 128×128 and 64 x 64) are also installed and everything is wired using fiber optic cabling. 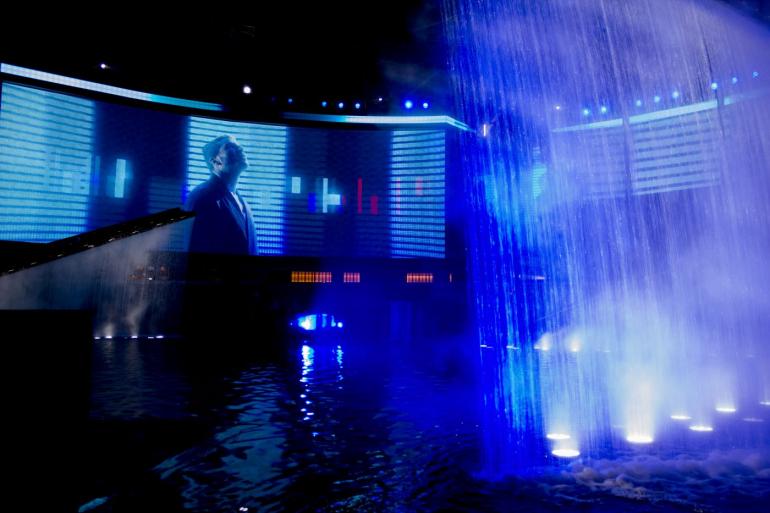 The entire system is a work of about 100 million pixels of content which equals to about 60 HD feeds. The pixel displays are mainly divided into three sections, including ‘The Gateway’, ‘The Show Street’ and the central entertainment hub called The Place de Lumière. Further the water feature uses mechanical arms that rise to create water curtains that are used as screens for four Christie SXGA, 22k lumen projectors. All sais, with over 100,000,000 pixels of digital content that is spread over 30 exhibition areas, the fabulous Dubai City walk is not just the largest digitally deployed retail destination in the world, but also one of the most breathtaking! 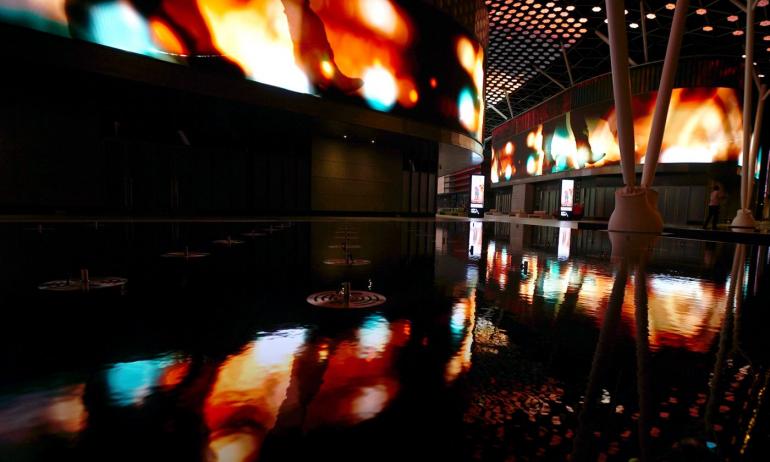 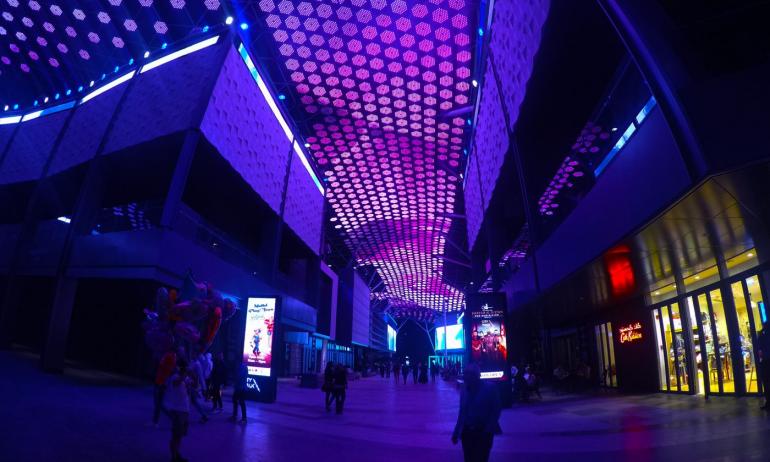