The airlines business is fiercely competitive, and with profit margins dipping low bigger brands from the industry are trying out creative ways to woo customers. Virgin Atlantic was the first company to adopt wearable technology in the form of Google Glass which was inducted into their operations to help serve the first class passengers better. But Emirates has found a more engaging way to attract customers. Sheikh Ahmed bin Saeed Al Maktoum, Chairman and Chief Executive, Emirates Airline & Group, on Monday officially launched the newest Emirates Official Store and the Emirates A380 Experience at The Dubai Mall, the world’s most visited mall, and in addition to official merchandise of Emirates Airlines the store also houses the Middle East’s first public Airbus A380 flight simulator.

The Airbus A380 is arguably the best and the most modern aircraft in operation today and the Emirates Airlines is the largest operator of the A380 with 47 in their fleet. Located at ‘The Village’ at ‘The Dubai Mall’, the Emirates A380 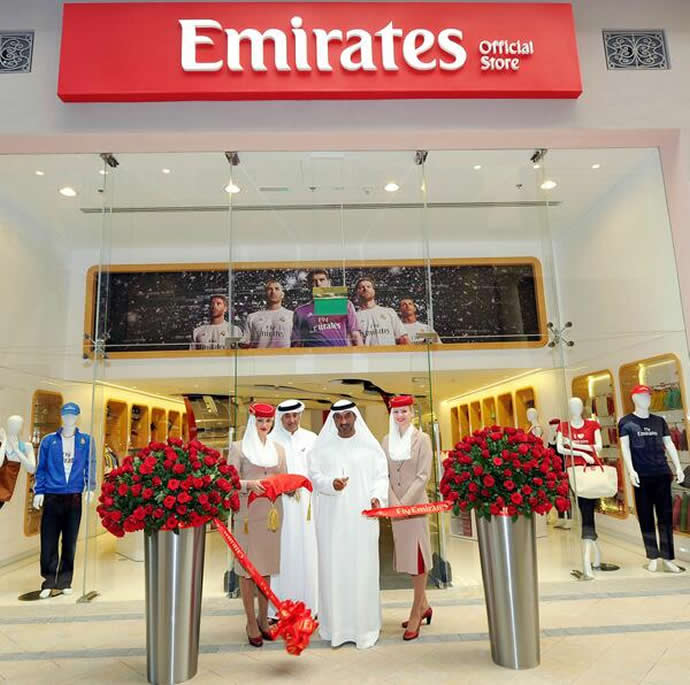 Experience offers the unique opportunity to its visitors to experience the thrill of flying the aircraft and landing and taking off from 12 of the world’s busiest airports in different weather conditions. That’s not all; the users will be awarded points on how they perform allowing them to compete with family members and other people. This is Emirates’ second such project involving flight simulator involving public. The Emirates Aviation Experience in London was the first one that was launched last year to a strong public reception.