Qatar Airways has been operational throughout the current pandemic and even now they are working around the world but with even more precautions than before. a raft of new health-related measures has been implemented to ensure safer travels for everybody, the crew, and the passengers wanting to return home from abroad. The company has to ensure the safety of their crew first which is actually on the frontlines of risk as they deal with multiple people. It is now mandatory for the crew to wear a full PPE suit. This hazmat style suit will be worn in addition to their regular uniform also including a face mask, and protective glasses, like worn in laboratories. They do look more like research scientists than cabin crew but everyone realizes safety is paramount. They have reduced human contact to a minimum by bringing effective changes in the meal services. Rather than offering its usual full table set up service in the business cabin, Qatar will hand out meals on a tray in pre-wrapped cutlery. Instead of a tap on the shoulders, the cabin crew will be notified with a ‘Do Not Disturb’ sign to indicate that they don’t wish to interact with the crew. In addition to the above-mentioned points, Qatar Airways is placing large bottles of hand sanitizer in the galleys for passenger and crew use. 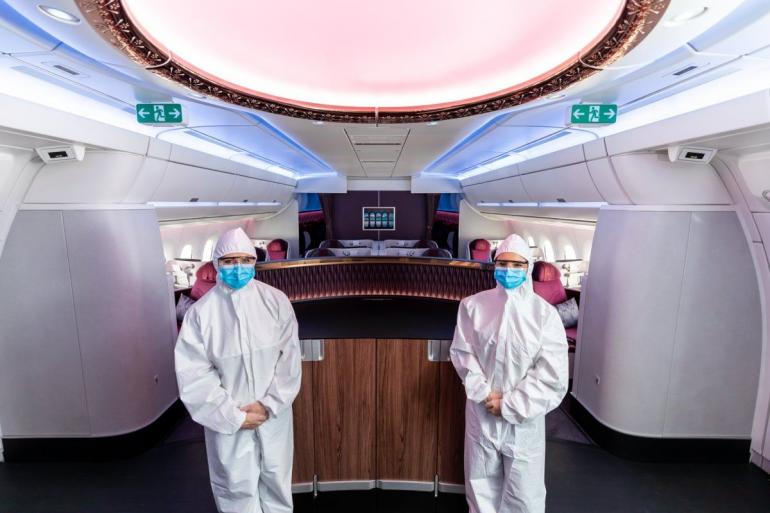 Passengers should know that starting May 25th, mandatory face coverings will be the norm. the airline will hand out standard face coverings to passengers if necessary but its suggested passengers bring their own face coverings to ensure comfort. Those not wearing a face mask inside Qatar risk a fine of 200,000 riyals ($53,500) and a maximum prison sentence of three years. Qatar Airways is currently serving around 30 international destinations. Similar measures have already been introduced by several other airlines including the likes of Emirates and Philippines Airlines. 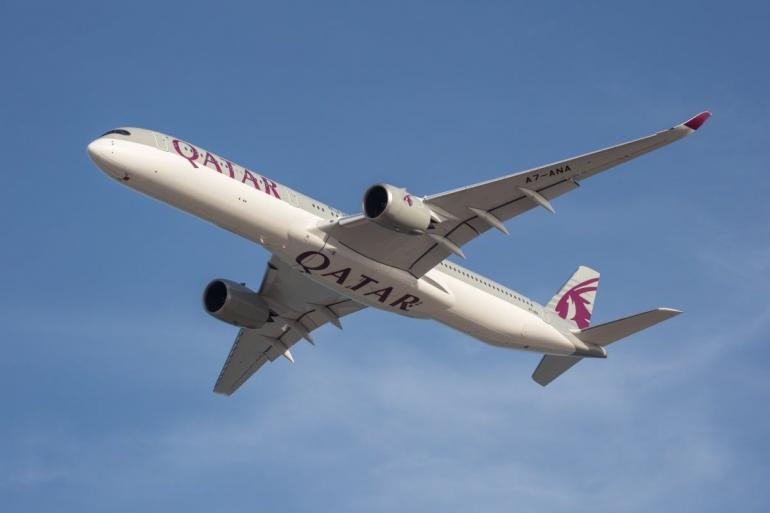 Tags from the story
Coronavirus, Qatar-Airways