Switzerland, much like other European countries, has enforced the COVID passport mandate for travelers as a means to fight the pandemic. And while most ski resorts are happy to follow the protocol, one establishment recently faced police wrath for refusing to play by the rules. According to local reports, the owners of the Walliserkanne restaurant in the mountain resort of Zermatt had repeatedly failed to comply with the above requirement. That’s when the police entered into the 19th-century establishment and sealed it off with owners continuously defying the closure order. 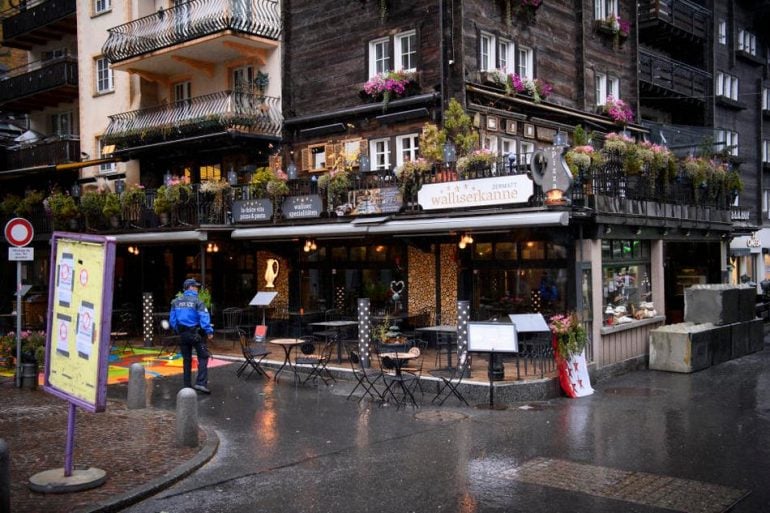 The cops placed a stack of cinder blocks to seal the front entrance. However, the owners instead transformed the barricades into a makeshift bar and allowed patrons to enter from the back. This led to the arrest of the three owners, who are currently in police custody. It is further said that one of the three owners threatened law enforcement agencies on the scene and also obtained a gun. 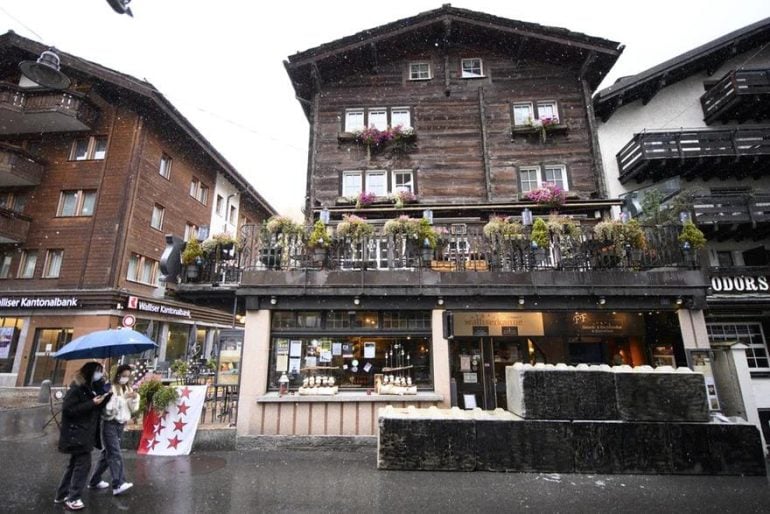 It was stated by the police in the southern Valais region that the three restaurateurs refused to close the eatery despite authorities’ efforts to engage in dialogue with them and ignored several warnings to respect the health measures. 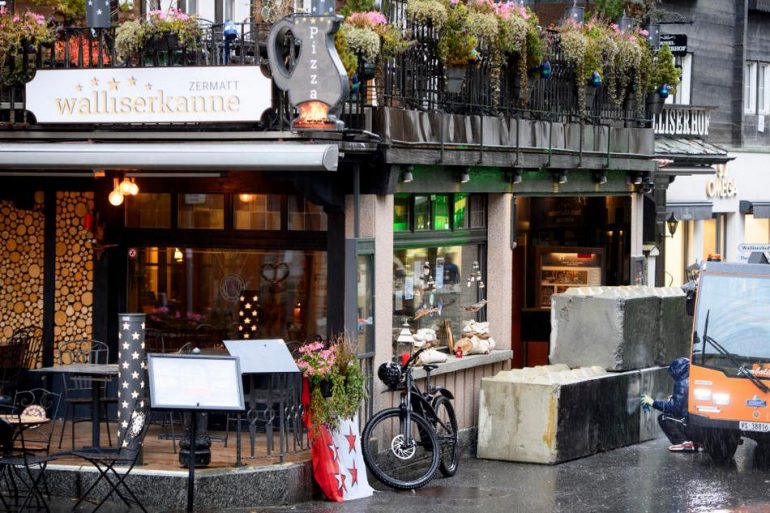 Currently, restaurant managers in Switzerland are required to request proof of vaccination, recent recovery from the illness, or current negative tests before serving patrons. Further travelers to the country are required to carry COVID certificates (proof of complete vaccination or negative tests) to eat and drink inside indoor venues since mid-September.

Tags from the story
Coronavirus, Switzerland