Air is where all the fun lies, these days. Hotel rooms are getting a gravitational pull into space nowadays. Airlines are revamping their services to add everything, in compact size, that spells luxury on land. Emirates, Etihad, Qantas, Lufthansa, British Airways. The list is endless. Virgin Australia’s revamped business class cabin on board its Boeing 777 is no less awesome than its peers. 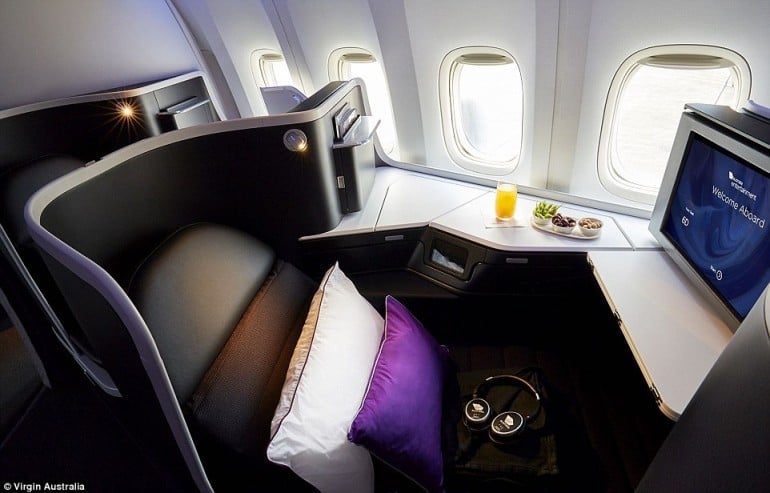 The Business, as it is called, will first be fitted into the long-haul Boeing 777-300ER, which has started flying from Australia to Los Angeles. The long and dreary 15-hour flight will not seem so bad, seated in the comforts of a suite where the seat can be converted into an 80-inch lie-flat bed. 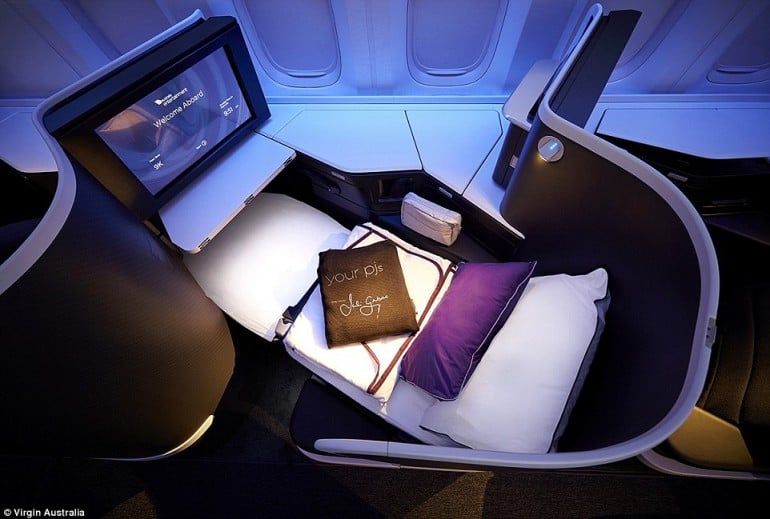 Eighty inches means, it takes the length of a queen-size bed. 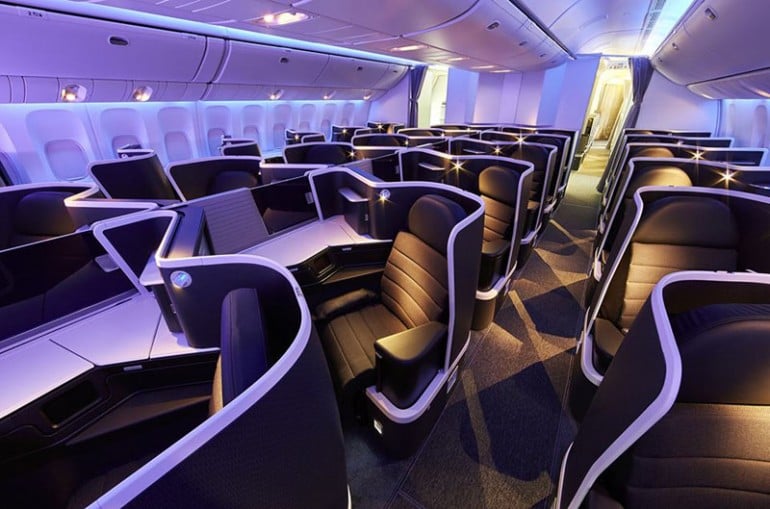 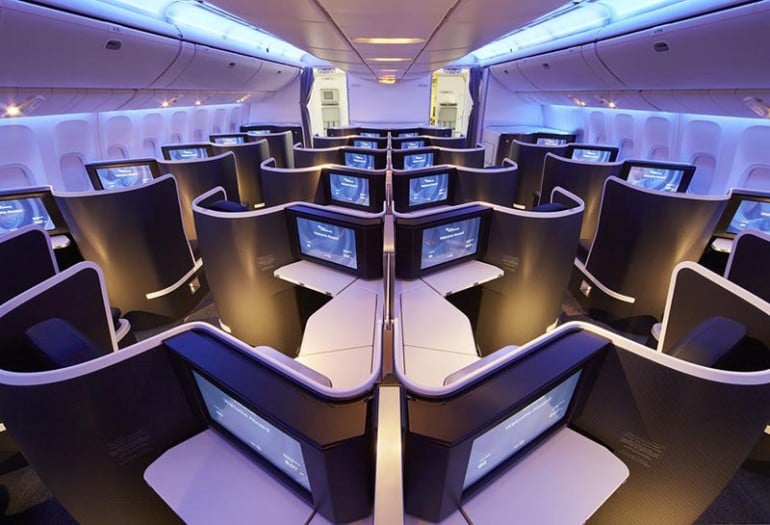 The layout is such that it resembles a ‘reverse herringbone’ – giving ‘100 percent aisle access and maximum privacy’. From one angle, it looks like an aerial shot of a corporate office with closed cubicles. 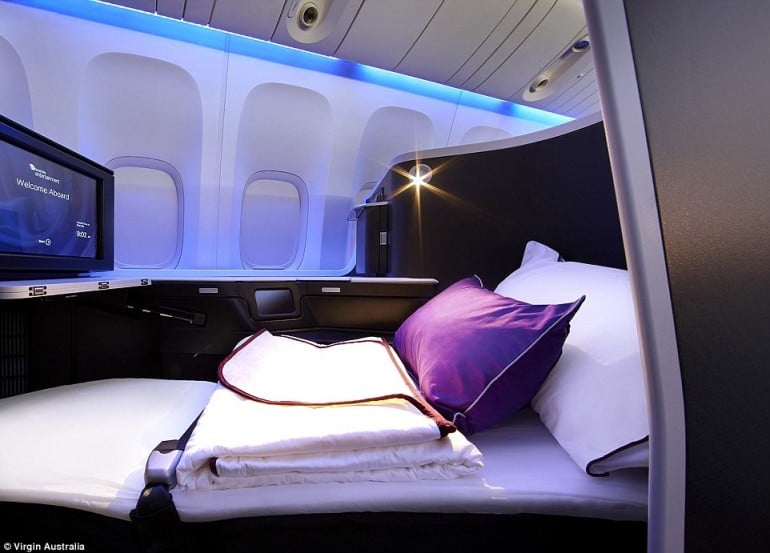 All 37 suites will have a “customised triple-layer seat cushion supported by a hammock sub-frame and a turndown service with memory foam mattress toppers and high-grade cotton pillows and doonas”.

As well as, one of the largest in-flight entertainment screens on flights between Australia and Los Angeles – at 18 inches 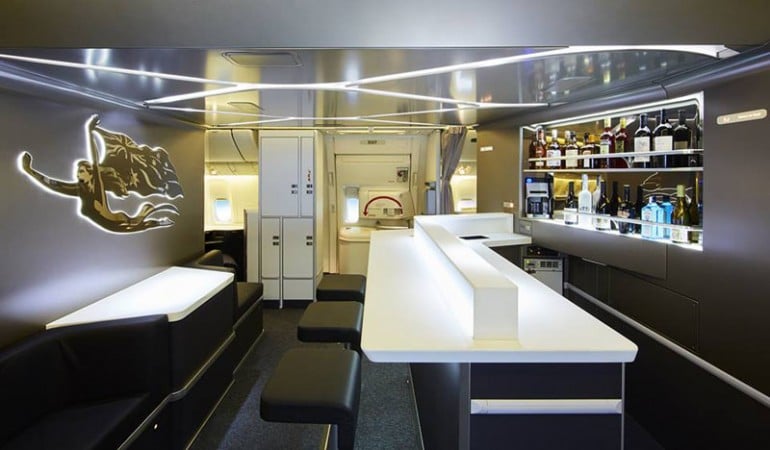 The flight will offer a specially-crafted menu by celebrity chef Luke Mangan. And, the biggest highlight of the business class – the Business Class Bar & Lounge. Well-equipped too! 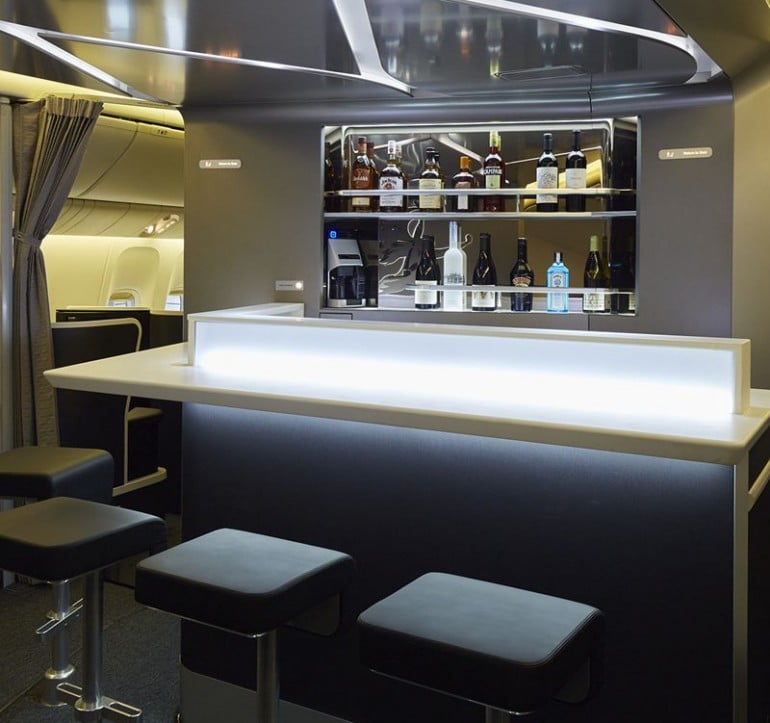 The lounge will serve beer, wine and spirits, as well as snacks. The bar will also be hosted by a crew member, unlike self-service at the previous bar.

Flights like these could make us want to stay on air than be grounded!

As well as the revamped business class, Virgin Australia has also revamped its economy class which now includes three versions – Premium Economy or ‘Premium’, Economy and the latest Economy Space+.

The new class, which will cost an additional $135-$165 one-way, will take ‘the first five rows of the economy class cabin and feature extra legroom (34 inches in length). Other benefits will include check-in via the premium counter, dedicated crew members for the seats and noise-cancelling headphones.
Premium will now have 24 seats with a total pitch of 41 inches – best legroom offered by any Australian airline.

All five classes will be refitted into the Boeing 777-300ERs by third quarter this year. Also, the Business Class flights will shortly be starting services to Abu Dhabi, another one of its key routes.