Manhattan is like that salad bowl from which you couldn’t predict what your next fork-full could be. It could place you in a cosy, bustling bar at one moment and in a dilapidated alley-way the next; or have you weaving your way in between towering glass towers or lying in bed and pondering your debts to the slow symphony of sirens. Above all, it’s a place of discovery and that’s what we’re going to celebrate here. Did you know that this NYC borough was traded by the Dutch to the English for nutmeg? Or that in all it’s splendour of glass, steel and ambition, Manhattan is half the size of Walt Disney World?

Lower your brows now, because you’re going to be raising them often as you discover more stunning facts of Manhattan and its delightful inhabitants. 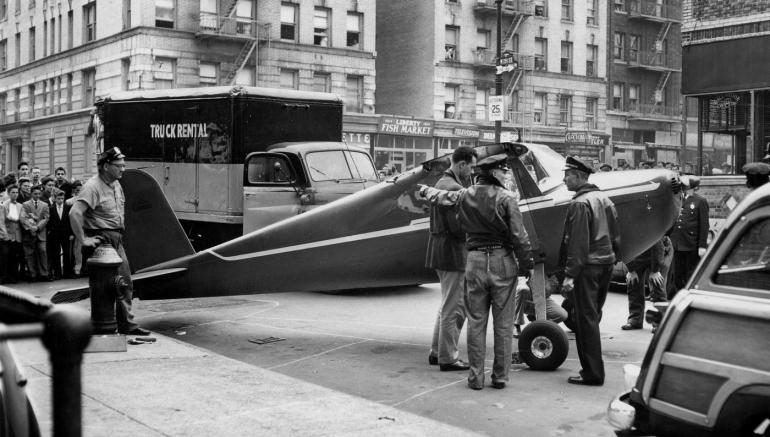 9. A legend stole a plane twice, only to land it in the heart of the Apple
Some may argue that the people in Manhattan are in a perpetual nudging contest to win some space of their own. But not everyone faces challenges while finding space. A drunk pilot once stole a plane and landed it right in front of the bar he had been drinking at, on the streets of NYC. You guessed right, this happened in 1956, when traffic was sparse. He went on to do it again a couple of years later to prove that he had done it the first time! Tommy Fitz was his name. Respect. 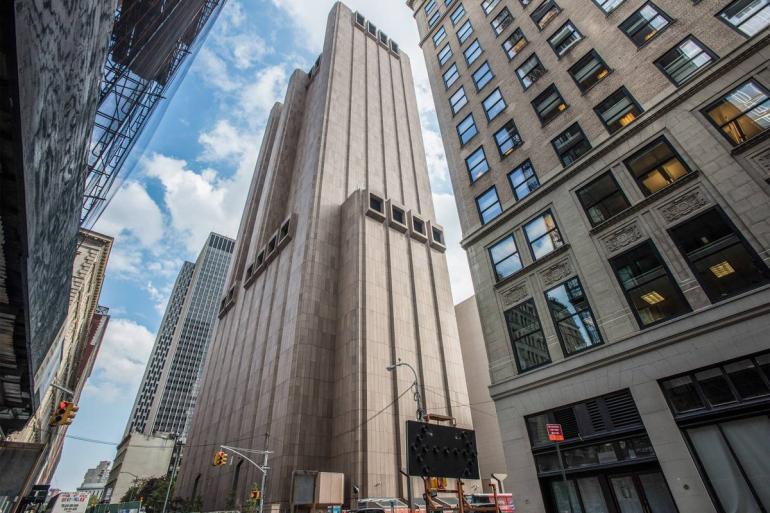 8. There’s a 29-storey building on the east side of Church Street that has no windows
Straight out of the sets of a futuristic sci-fi movie is this space-age, nuclear-fallout proof, towering structure at 33 Thomas Street that doesn’t have windows. The average height of floors is about 18-feet, and the cavernous design was deliberately created to accommodate telephone switching equipment, since it was a former AT&T Long Lines building. The paranoia that went into building a structure of this nature in 1974 is commendable. 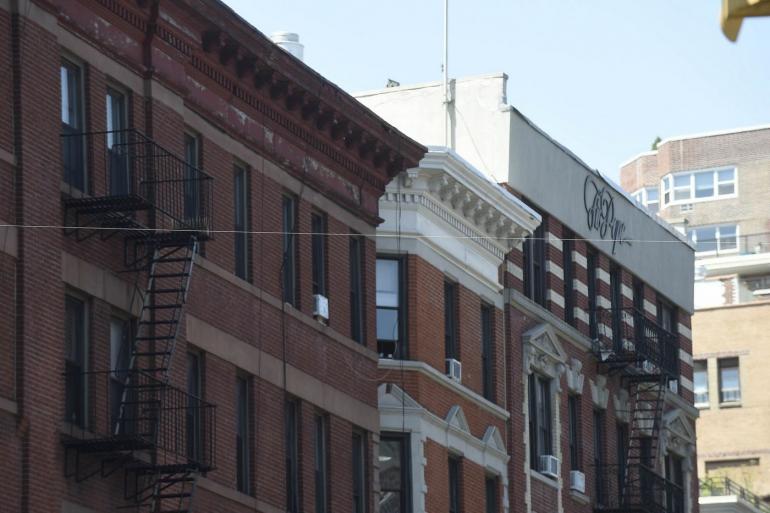 7. Manhattan’s perimeter is outlined by string tied around poles
It’s called an Eruv and is used to mark the domain of Jewish households, permitting activities within it that are normally forbidden in public on the Sabbath. What started in 1999 is now a custom in most US cities but the Eruv in Manhattan is the most expensive to maintain with costs going up to $100k per year. 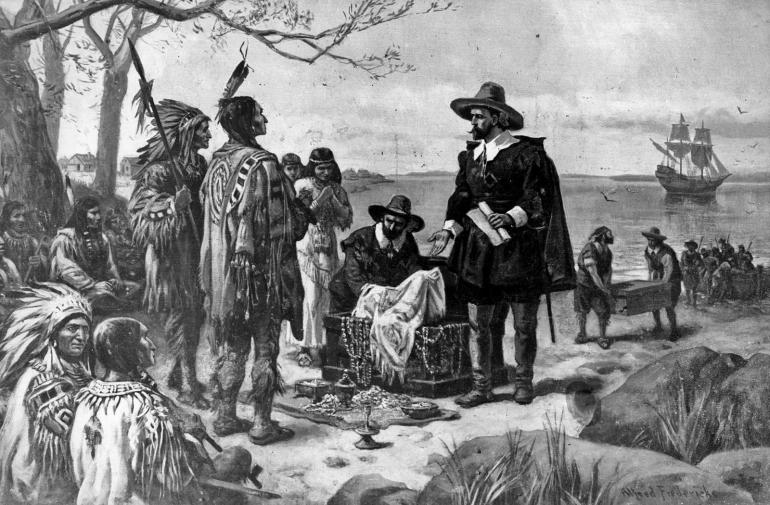 6. The Native Americans could buy back all of Manhattan (and then some) if they invested the $16 they sold it for
Compounding is fascinating. Watching money progressively grow is one of the more satisfying (albeit long-term) delights of mankind. Records have it that the Native Americans sold the American Islands (modern day Manhattan) for beads and trinkets worth $16 in the early 1600s. If they invested the amount from then to present day, the value would be sufficient for them to buy back Manhattan and also stash up $222 trillion. The optimistic assumption being that the interest rate would be a steady eight percent YoY, but hey, that doesn’t take anything away from it being a pretty cool hypothesis. 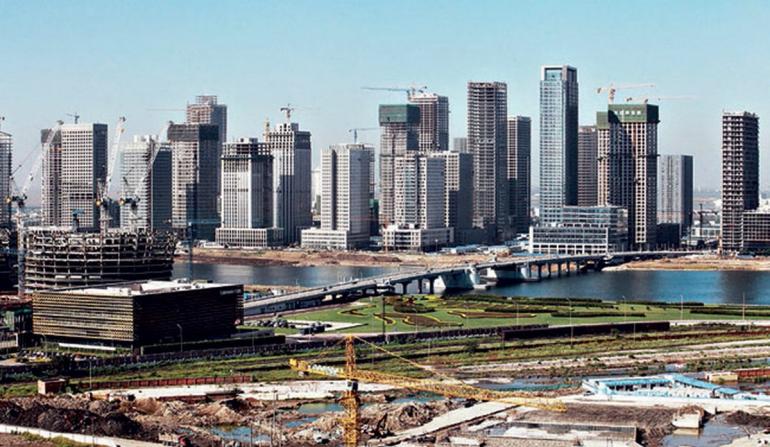 5. China has a deserted $50 billion replica of Manhattan
The optimistic town of Tianjin in China dreamed of becoming the world’s largest financial sector. In its pursuit to glory, those running the city laid out an elaborate plan to create a city that was a replica of Manhattan, within Tianjin. This came with the Rockefeller Center and even the Hudson river. Unfortunately, funds ran dry before ambitions did and today all that’s left is a post-apocalyptic-esque image of the Big Apple. 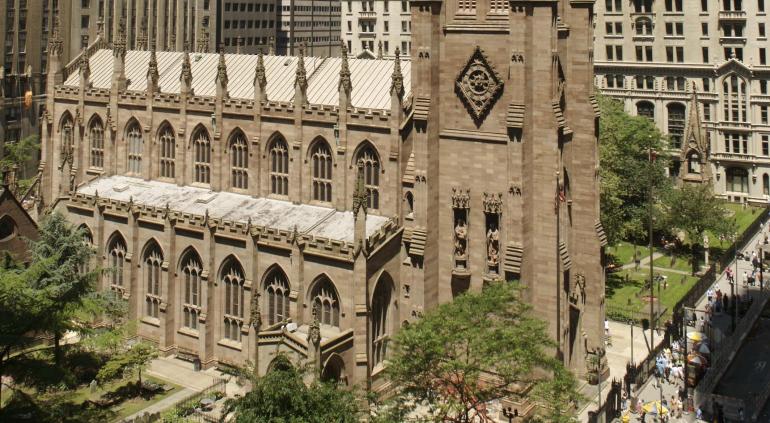 4. The world’s richest individual church parish resides right here, valued at $2 billion
Some may attribute the success of this glorious borough to divine intervention and we have reason to believe so. The Trinity Church, which was established in 1696 owns 14 acres of Manhattan and racks up a net income of $38 million from its real estate holdings. The parish is valued at a whopping $2 billion. 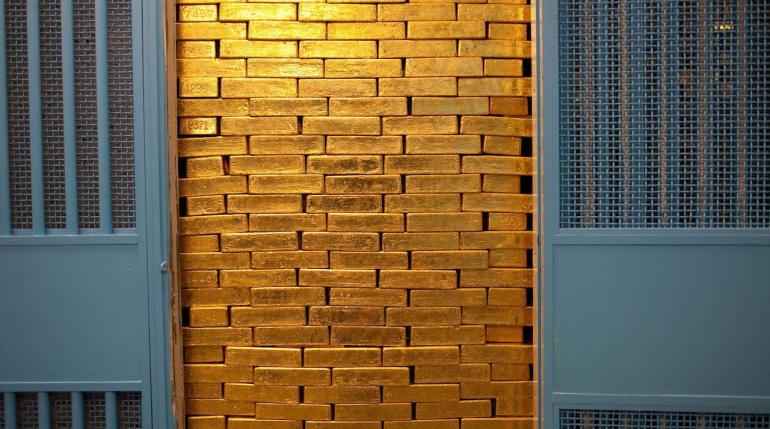 3. Manhattan could be holding 25 percent of the world’s gold reserve
It should come as little surprise that the wealthiest from across the world are well invested with the Federal Reserve Bank of New York. What you may not know however is that the vault of this inspiring institution could be holding nearly 25 percent of the world’s gold reserve. The reserves are owned by governments from across the world but this is right where they’d like to keep it. 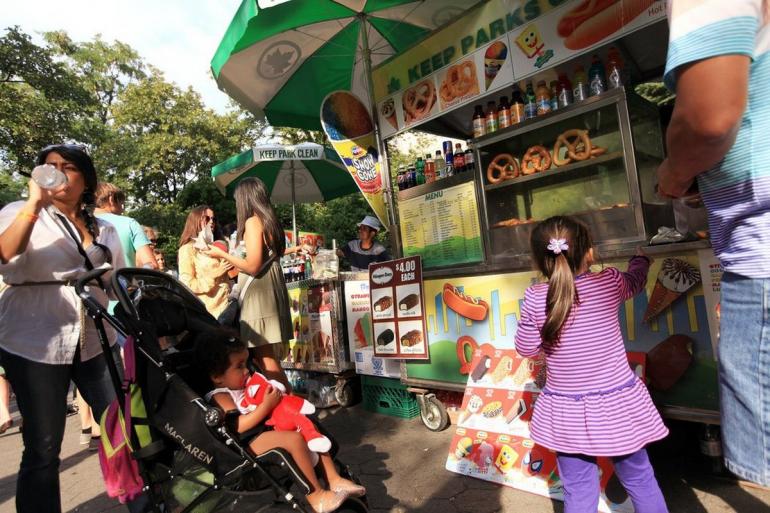 2. A hot-dog stand outside Central Park Zoo pays $289,500 annually just for the space
In its race for space, occupying just about every tile in Manhattan seems to come with its exorbitant price. Take the humble hot dog cart managed by Mohammad Mastafa outside Central Park Zoo for instance. He pays $289,500 just to operate from here. If you’re nearby do patronize his pushcart, which can generally be found at Fifth Avenue and East 62nd Street. 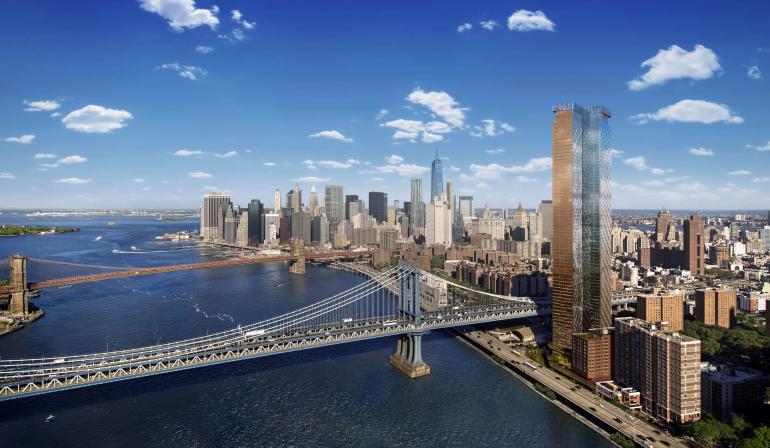