From food to infrastructure – China is known for its quirks. And in continuing the trend, the country has recently inaugurated the world’s first traffic signal for Camels near Dunhuang City in Gansu province. Yes, that’s right! 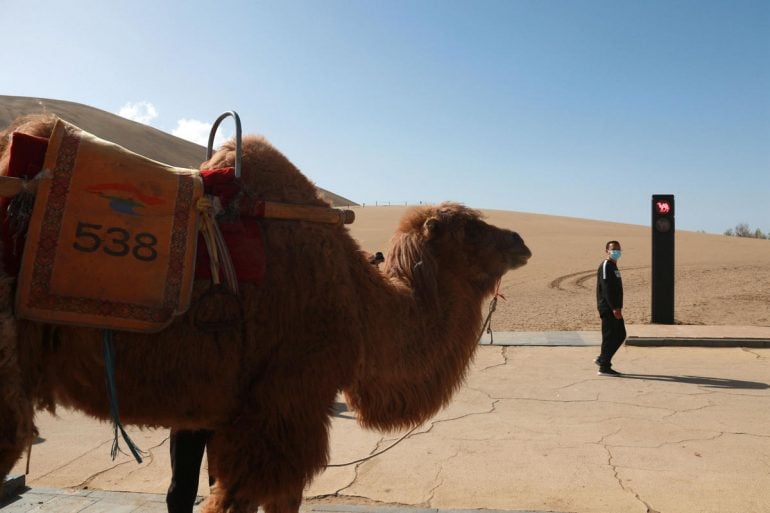 The traffic lights are created to aid tourists who visit the destination for camel rides. It will aim to prevent camel collisions (which are quite common in the area) and hopefully keep the passerbys and the animals safe. 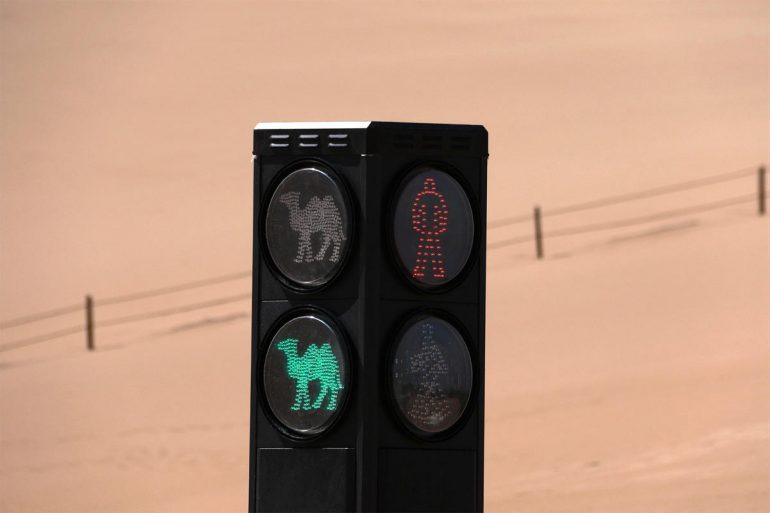 The signal turns green to let the animals cross and red to make them stop, much like traffic lights on the road. It came into operation on Sunday (April 11, 2021) at the Mingsha Mountain and Crescent Spring in Dunhuang City, a tourist hot spot complete with breathtaking sand dunes. 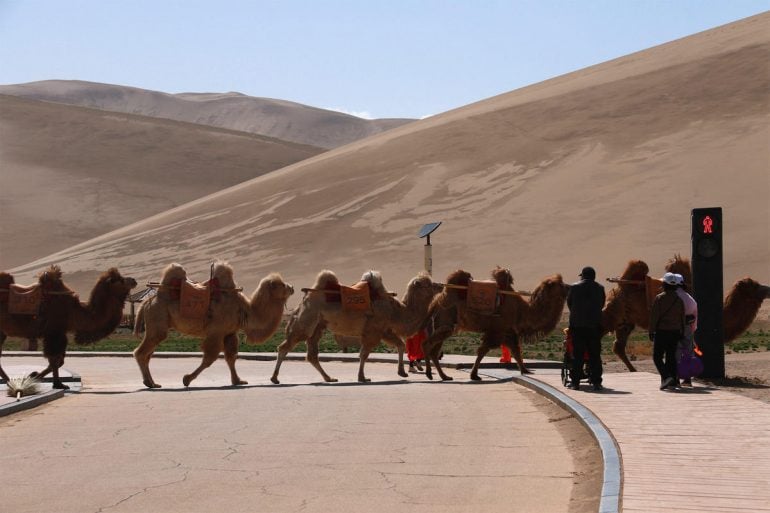 According to ECNS, a Chinese state-owned wire service, the problem was that the walking boardwalks were often intersecting with camel paths. To tackle this, workers have cut a gap in the walkway and created a separate trail for the camels, with the traffic light now managing the flow of traffic at the new intersection. 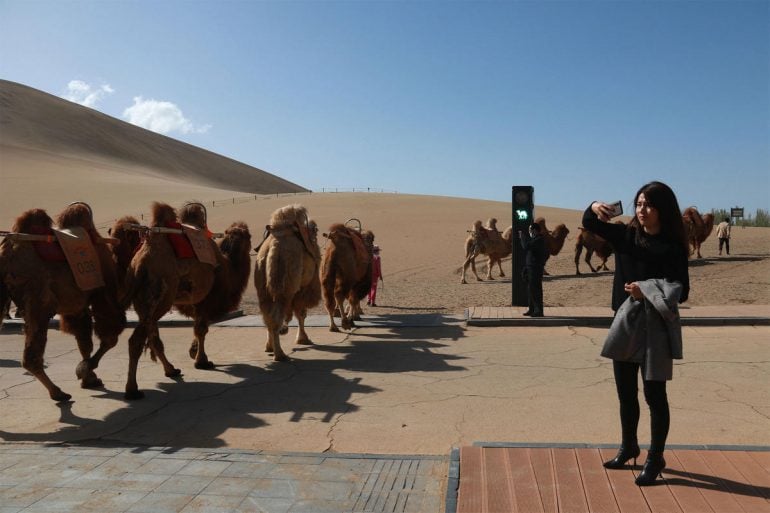 It is also believed that the strange camel traffic lights could in themselves become a tourist attraction and thereby bring in more visitors to Dunhuang. We don’t know about you, but we’d gladly trade honking cars for camels in the name of traffic!

Tags from the story
China, Worlds-First