Sumo wrestling is a huge part of Japanese culture that dates back to the Edo period. It was a time where matches took place to raise money for new shrines and temples rather than for pride. Fast-forward to today and sumo is more than just a sport. These larger than life professionals still follow many of the ancient rituals and traditions of the past and are symbolic of Japan culturally the world over. A sport once enjoyed by only a select few is now enjoyed by the millions who travel from all over Japan and the rest of the globe to witness sumo wrestling at its birthplace. Catching the Grand Tournament whilst in Tokyo will give you a true insight into the valued traditions of this long-standing Japanese sport.

If you don’t know how the Grand Tournament works, or sumo wrestling for that matter, then here’s a quick run-down. Each wrestler will compete in one match per day. Should they win, they’ll move up the rankings and should they lose, they’ll move down. With no size restrictions in place, often the smaller of the sumo wrestlers will find themselves cast from the ring in the first instance. What’s little known to many is that sumo wrestlers go through vigorous daily training that reaches way beyond eating copious amounts of food, as they look to increase body strength, flexibility, and balance. Over the course of 15 days, the weakest will be eliminated and only the strongest will emerge on the final day of the tournament. This is when the tournament is at its most thrilling and the crowds really start to gather. Crowd levels up until his point tend to fluctuate as matches occur from 8:30 until 18:00, and last only a matter of seconds. A match lasting more than around thirty seconds would be met with rapturous applause and flabbergasted faces throughout the arena. Therefore, it’s no surprise that the crowd’s interest tends to dwindle here and there, but the final days are a spectacle to behold. The rules of sumo themselves are simple. Two men step into the ring, top-knot assembled, mawashi in check, and after a few seconds of grappling, the first one to either leave the ring or touch the floor with anything other than the soles of their feet is the loser. 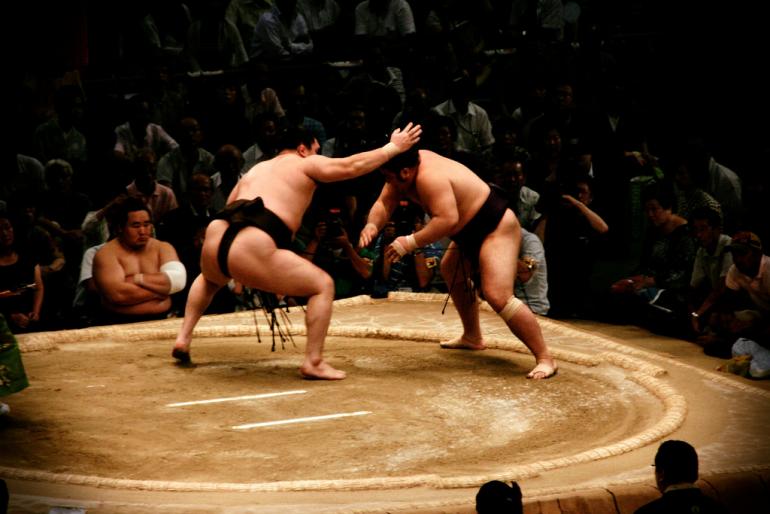 Ringside seats are hailed as the best as the added thrill of ‘will I or won’t I get hit by a large man being flung to the ground’ really adds to the occasion. However, box seats are where you should be sitting. These are the traditional Japanese seating arrangement; shoes off, on the floor, legs crossed. Having lived in Asia, I am all too familiar with the feelings of dread associated with being asked to sit on the floor and comfortably cross my legs beyond the age of twelve, but it’s the true Japanese way, so just go with it. The cheap seats at the back are the western-style seats or the seats of shame- the seats reserved for those of you who don’t want to join in.

Planning your Trip:
This year, the Grand Tournament takes place between the 8th-22nd of May at the world-famous sumo venue Ryōgoku Kokugikan, Tokyo. Buying tickets on the day is risky, as tournaments often completely sell out in advance over weekends and national holidays. Instead, you can buy them in upfront from the official ticket vendor. Tickets for the entire fifteen days start at ¥20,600, however, if that sounds like a sumo overdose then day tickets are available from ¥3,800.

If you are looking to stay in an area of Tokyo with great transport links and stunning surroundings then our recommendation, Palace Hotel Tokyo, is located just a stone’s throw across the water from the Grand Tournament’s venue. Their ‘Sensationally Sumo’ package allows guests to get to grips with this intriguing sport through some seriously up and close and personal activities. A tour of Ryogoku Kokugikan arena alongside top seats to incredible matches accompanied by a sumo sports writer and announcer, make this package truly unmissable for sumo fans. And if you happen to visit during the off-season, then lunch with a sumo wrestler is sure to affirm your love for the sport. With sweeping views of the Imperial Palace Gardens from the luxury of your hotel suite included alongside a daily breakfast, the Sensationally Sumo package is the only way to experience sumo wrestling in Japan. 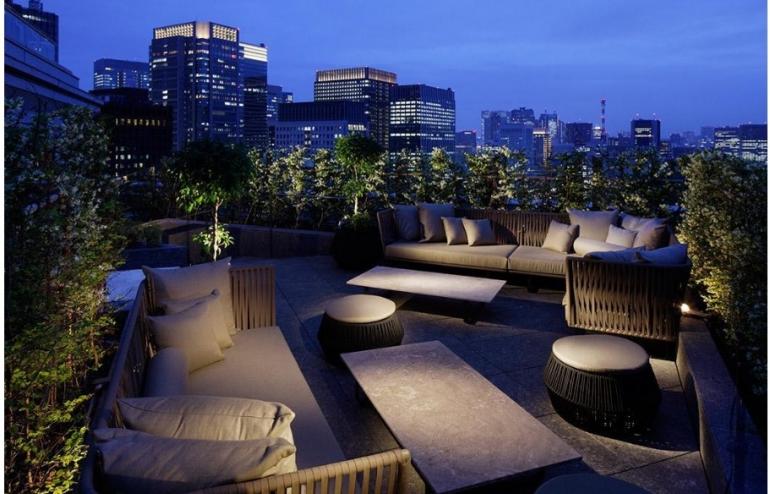 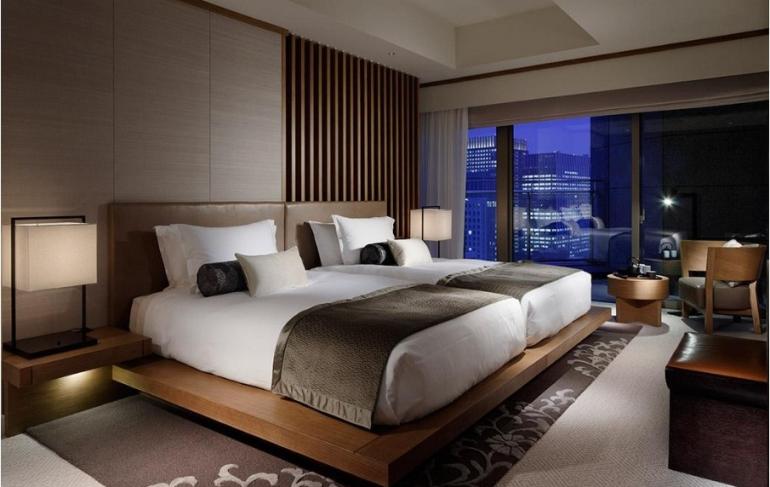