Las Vegas, the brightest spot on Earth, has always been known for its gaming resorts, world-class entertainment, and thumping nightlife. While all of those are fun, it is a ubiquitous and routine choice to explore the city with so much more to offer. Pandemic or not, the lively city can never be still, and in 2022 it is set to enthrall visitors with several new attractions that go beyond customary touristy things. Listed below are the latest additions you can look forward to on your next trip to the Las Vegas Strip: 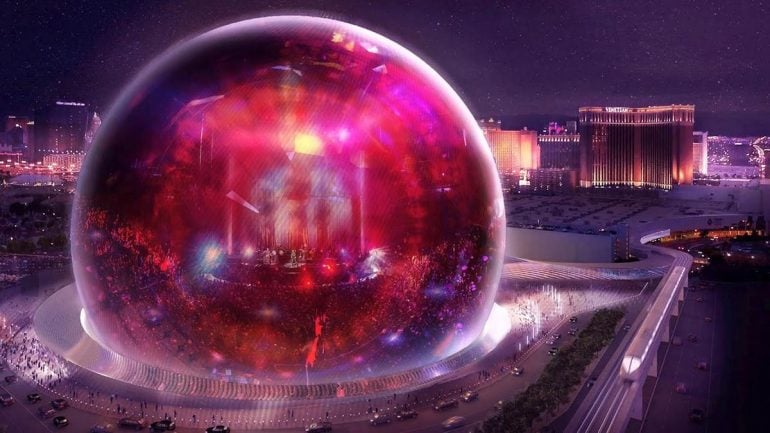 The Madison Square Garden Sphere:
Seventeen thousand five hundred seats, 400 feet tall, and larger than three football fields, Las Vegas just got more Vegas-y with the world’s first spherical structure. This $1.8 billion sphere will contain the most prominent and highest LED resolution screen globally, measuring 19,000 x 13,500 pixels. It will be connected to the Venetian and Palazzo via the Sands Expo and Convention Center, with its first performance slated for 2023. With about 600,000 square feet of programmable lighting, the MSG sphere’s infrasound haptic system will be a must-see marvel in a city of must-sees. “Las Vegas has been constantly transforming itself and this mammoth project will actually take the city to the next level.” said a spokesperson for Casinosformoney.com. 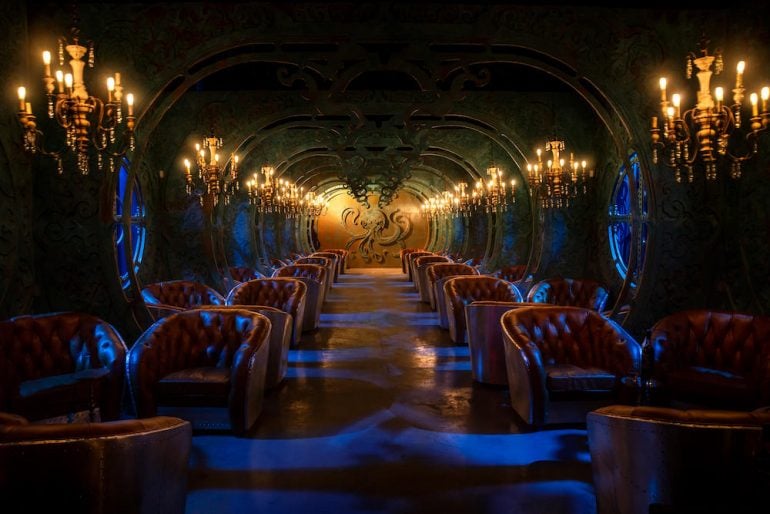 Fish or Flesh at Lost Spirits Distillery
Lost Spirits is part of the AREA15 grounds and is known as one of the unique distillery experiences in the world. If Willy Wonka ever ventured into whiskies, his factory would look precisely like this. Equally charming is the long-awaited in-house restaurant that will open its doors on February 15.

In typical Lost Spirits fashion, the intimate dining room looks more like a swanky military entrapment, albeit with a 16-course tasting menu inspired by “20,000 Leagues Under the Sea.” This weekend-only eatery offers seating twice a night on Thursday, Friday, and Saturday for $290 per person. Yes, it does include admission to the distillery. 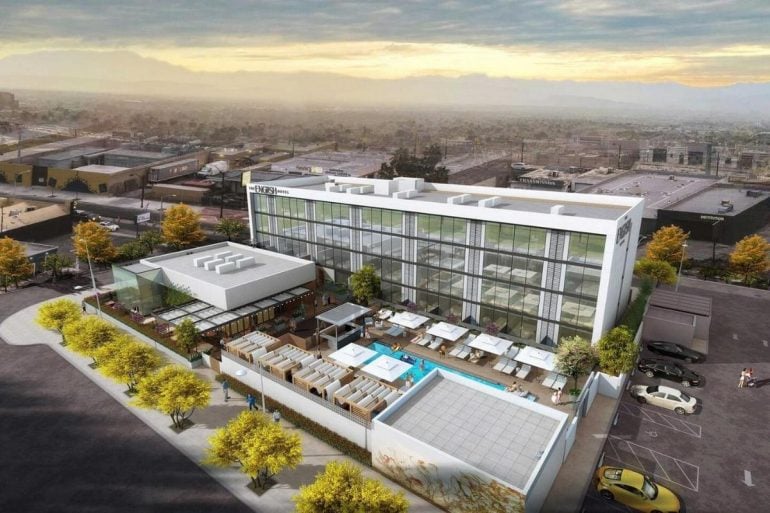 The English hotel:
The Arts District in Las Vegas is growing into one unmissable spot with fancy, exciting joints opening left, right, and center. The area just got the first boutique hotel of its kind by Chef Todd English’s new hotel brand. The English Hotel is a four-story, 74-room hotel located at 921 S. Main St. The property will be part of the Marriott Tribute portfolio. This adults-only, dog-friendly hotel is ideal for those who want to ditch the long walk to their rooms and have a good time in a laid-back, jazzy place. The rooms are luxurious, and pool areas are attractive, with cabanas to host concerts and a Japanese/Mediterranean fusion restaurant. The pepper club will include a sushi bar, teppanyaki grill, and beer made by Beer District Brewing exclusively for the hotel.


Dominique Ansel Las Vegas
The Cronuts have made their way to Ceaser Palace with the famous cookie shots in tow next to Gordon Ramsay Pub & Grill at the Ceaser Palace. The luxurious hotel is one of Las Vegas’s largest and best-known landmarks, and it will now house the spectacular, self-titled bakery, Dominique Ansel. Come summer 2022, Las Vegans and tourists can enjoy some frozen S’mores at this incredible cafe setting and take some home from the retail area. 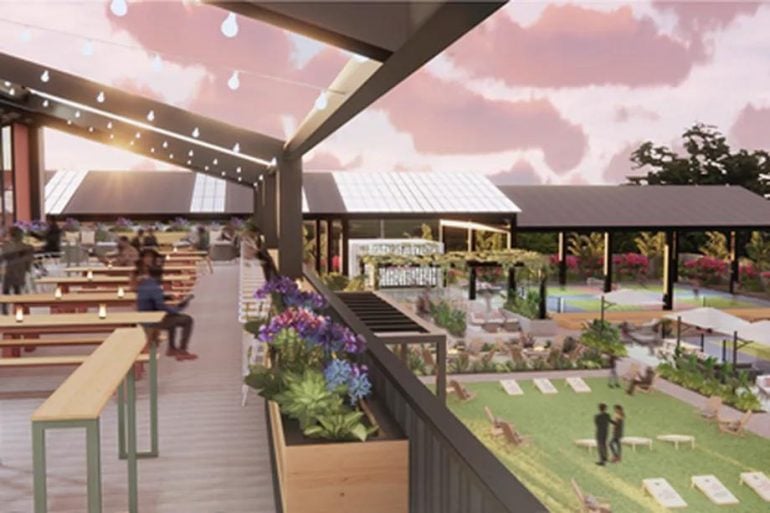 Electric Pickle
Forget sprawling gaming resorts. Vegas will become a lot of fun due to an upcoming 3-acre, 10,000-square-foot pickleball complex. Electric Pickle will be the hub of all things exciting with nine pickleball courts, a two-story restaurant, three bars, cornhole and bocce ball courts and a lawn for live music, yoga classes and other social events. According to KTNV, these nine courts can accommodate 36 people at a time. The entire complex is big enough to house as many as 700 people. To avoid disappointment, book a slot online in advance, and the cost is around $30 an hour. 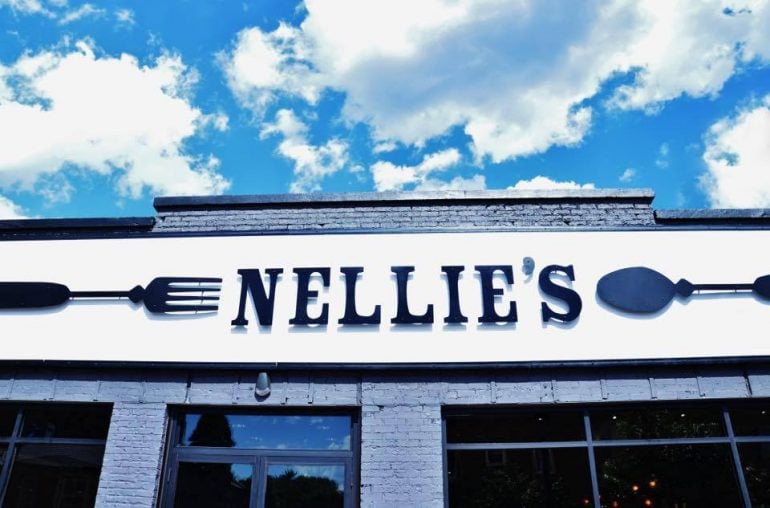 Nellie’s Southern Kitchen
Are you a Jonas Brother fan? Then it’s time you indulged in something other than their music- their food! Spearheaded by Kevin Jonas Sr., the 11,000square-foot restaurant will open across the MGM Grand Garden Arena. There can be no Jonas-themed restaurant without music; diners will teleport to North Carolina’s grassy meadows, weathered barns, and white shiplap cottages while having the most delicious meals listening to foot-tapping live music. Expect Southern-style comfort food with an impressive lineup of craft cocktails.