Anchor to the Upper West Side, portal to Central Park, Time Warner Center has garnered many a moniker of the celebrated kind. So imagine what would happen when the famously urban-resort destination hits its 10-year mark? Exactly! New Yorkers are in store for what they’re calling the Ultimate Urban Resort Experience.

For a property that’s already wooed patrons with everything from culinary experiences to five-star accommodations, extraordinary jazz performances and a diverse selection of the world’s best retailers, the ante obviously had to be further upped. And we can’t say they haven’t succeeded. Time Warner Center has curated an exclusive offer that combines its most sought-after hotel, dining, entertainment and shopping experiences. The 10th Anniversary Package boasts three-days and two-nights of extraordinary luxury at Mandarin Oriental, New York, Per Se, A Voce Columbus and Jazz at Lincoln Center. 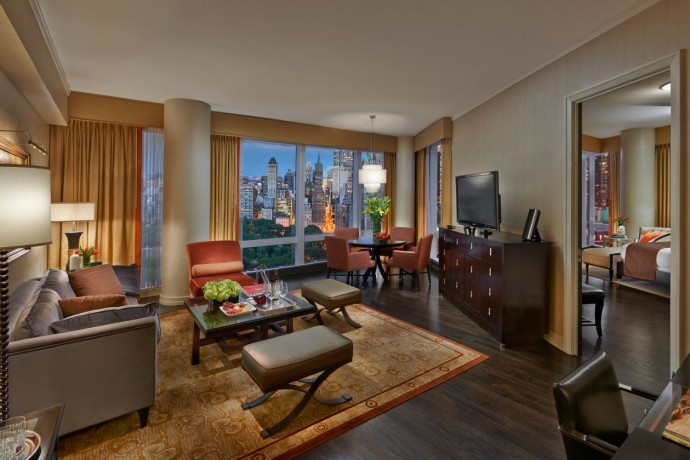 Two-night accommodations in Mandarin Oriental, New York’s Premier Central Park View Suite
MO’s legendary hospitality, one of the city’s most luxurious suites, and unforgettable views of both Central Park and the iconic New York City skyline, what could better define luxury? Revelers also receive full daily breakfast, served in suite or in the hotel’s signature restaurant, Asiate, as well as a rejuvenating journey at the award-winning Spa at Mandarin Oriental. Ears perk up yet? Okay then. Guests will get a Couple’s Escape experience, which can be enjoyed in the comfort of a private Spa Suite and includes a soothing bath with signature oil blends and side-by-side “Time Rituals,” followed by private time and the spa’s signature Five Elements Bento. 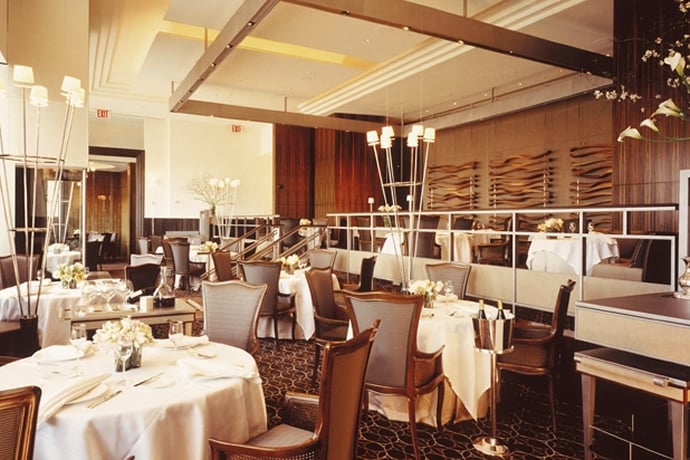 Nine-Course Tasting Menu at Chef Thomas Keller’s famed Per Se
Per Se, the very same that came third on our America’s Most Expensive Restaurants list, will be the setting of a refined nine-course menu with wine pairings. Beautifully conceived by Chef Thomas Keller, it’ll feature a series of dishes with distinct ingredients, the exact ones that got Per Se the coveted Michelin three stars recognition. As part of the 10th Anniversary Package, guests can also take an exclusive behind-the-scenes private tour of Per Se’s kitchen for a unique gastronomical glimpse. 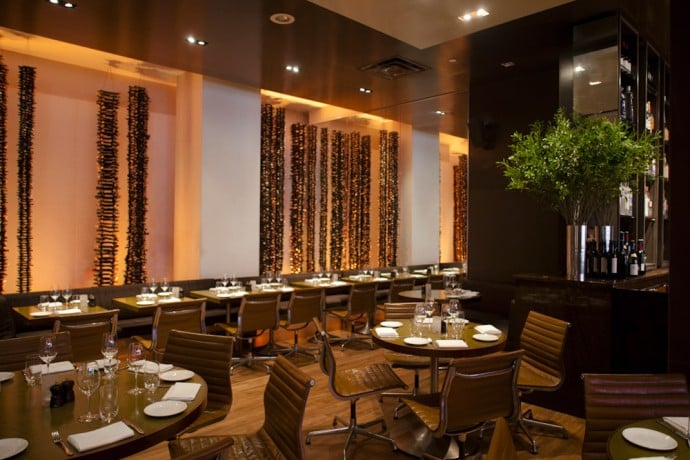 “A Taste of Italy” Lunch Experience at A Voce Columbus
And since we’re on the subject, the Michelin-starred A Voce Columbus that recently welcomed Chef Filippo Gozzoli on-board as Executive Chef will now offer guests a one-hour pasta-making lesson with Chef Gozzoli himself. Think firsthand tricks of the trade straight from Cremona, Italy. And it isn’t all work, no indulgence. Following the lesson, a four-course lunch menu will be served in A Voce’s private dining room, and will include a highly acclaimed bottle of wine from the restaurant’s 8,000+ bottle collection. 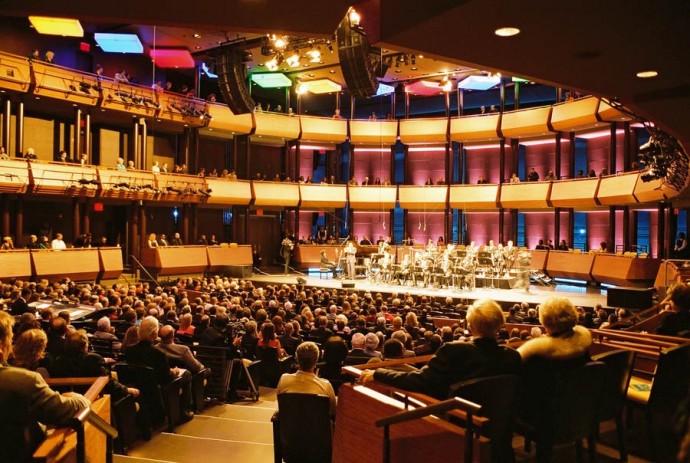 Backstage Tour and VIP Seating at Jazz at Lincoln Center
If we’re at the Time Warner Center, how can Jazz be left behind? The 10th Anniversary Package features an entertainment experience that goes above and beyond for jazz fans. Including a private backstage tour at Lincoln Center to walk the halls that have welcomed jazz legends such as Ornette Coleman, Wynton Marsalis, and Maria Schneider, one can expect VIP concert seating in The Appel Room, Rose Theater or Dizzy’s Club Coca-Cola, and an exclusive meet and greet with performers.

In addition, the package includes access to a personal shopper to scout the latest trends and fashions throughout The Shops at Columbus Circle, including stores such as C. Wonder, Cole Haan, Hugo Boss, L.K. Bennett, Stuart Weitzman and Thomas Pink. Reservations for Time Warner Center’s 10th Anniversary Package can be made exclusively by contacting Glenna Grogan Maas at Valerie Wilson Travel Inc. Starting at $9,925 for up to two people, it is limited to 25 reservations and must be booked now through October 31, 2014 for travel through 30th December.