It may be safe to say that Einstein is a Midas in his own right, for everything he touches, turns into truckloads of Ka-Ching, if not gold! A testament of this is the recent sale that took place in Bonhams, New York, wherein a violin owned by the renowned physicist was sold for a staggering price of $516,000. The instrument, that was apparently in a sparkling mint condition was sold for almost three times its estimate. 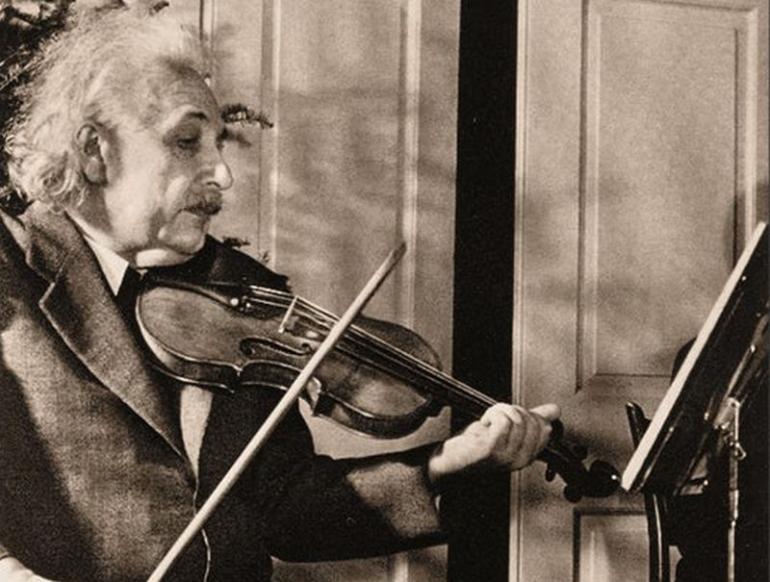 The exotic violin was specially made in 1933 for Einstein, when he moved to the United States education as a resident scholar at Princeton University’s Institute for Advanced Study. It was manufactured and gifted to him by Oscar Steger, a cabinet maker and member of a symphony orchestra in Pennsylvania. The music instrument, also comes inscribed with special words that read, ‘Made for the Worlds[sic] Greatest Scientist Profesior[sic] Albert Einstein By Oscar H. Steger, Feb 1933 / Harrisburg, PA.’

Earlier as well, exclusive Einstein memorabilia has sold for whopping prices. While Levi’s paid $147k to buy the physicist’s leather jacket, a sheer handwritten note that he gave out in tip was sold for $1.56 million in October last year. However, Einstein violin’s is extra special for music was a big part of his life. He had passed on his treasured instrument to Lawrence Tibbs, son of Princeton University janitor Sylas Tibbs. The revered Einstein violin now stands in the hands of its proud anonymous owner.

Tags from the story
New-York, Violins