Cruising through the roads of Japan, Sanwa Kotsu’s Turtle Taxi service is growing in popularity among passengers who want to ride leisurely. While most people would like their taxi driver to speed up to a destination, passengers like senior citizens, pregnant women or those who have to kill time until their next meeting can have a relaxed ‘slow-as-a-turtle’ ride all courtesy a button inside the taxi.

While riding the Turtle Taxis, passenger can hit the Yukkuri button in the passenger area that will activate a visual reminder for both the driver and the passenger that the taxis have been switched to a ‘slow drive’. Bearing an illustration of a turtle and the word Yukkuri (meaning ‘slow’ in Japanese’), the reminder will also have a musical chime to it. 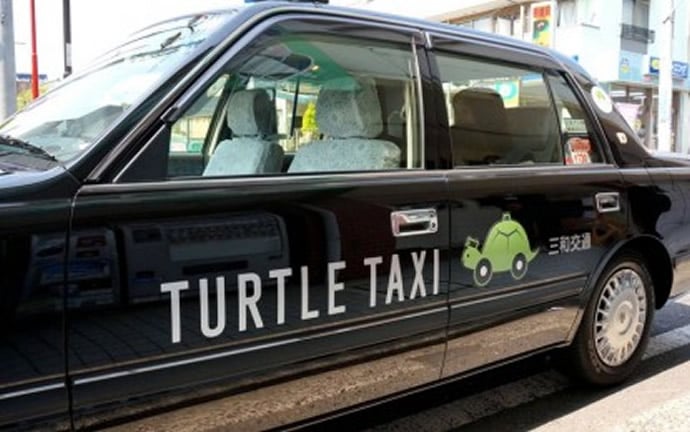 Drivers will then accelerate and decelerate in a consistent manner for no jarring movement. They have also been asked to manage the centrifugal forces to keep the speed to a minimum when making turns. In the process of comfortable slow driving, the Turtle Taxi will also be eco-friendly.

Since the Turtle Taxi service started, Sanwa Kotsu has seen a gradual 15-percent increase in the number of calls requesting specifically for a slow cab. The operating company is planning to expand its service to the urban centers of Tokyo, Kanagawa and Saitama. At the moment, Sanwa Kotsu has deployed only 16 taxis in the Yokohama area.