Male pilots and cabin crew will be able to wear skirts and high heels, if they choose.
Richard Branson’s Virgin Atlantic is breaking ground regarding matters of the sky. The path-breaking company has thrown the rule book for flight attendants out the window for good for an ‘inclusivity drive’ that blurs the line of gender-based uniforms. Now male staff may freely choose to wear skirts to express their identity. The Sun shared that earlier men of Virgin Atlantic wore burgundy suits and women decked up in classic red skirts and jackets. Changes surfaced in 2019, first with strict make-up rules getting axed, followed by Female staff issued trousers as standard uniform. They also permitted staff to display tattoos, becoming the first major global airline to do so.


The new wave of progressiveness doesn’t end there, as earlier this month, Virgin Money staff could add their chosen pronouns to their work uniforms. The airline’s chief commercial officer, Juha Jarvinen, said to The Sun, “It’s so important we enable our people to embrace their individuality. It is for that reason that we want to allow our people to wear the uniform that best suits them and how they identify and ensure our customers are addressed by their preferred pronouns.” An influential group of TV personalities and social media influencers, led by RuPaul’s Drag Race star Michelle Visage has been hired by the company to promote its non-gendered uniform policy, shared The Post. “As the mother of a non-binary child, and as an ally to the LGBTQ+ community, these efforts by Virgin Atlantic to further inclusivity for its people are extremely important and personal to me,” Visage said in a statement. 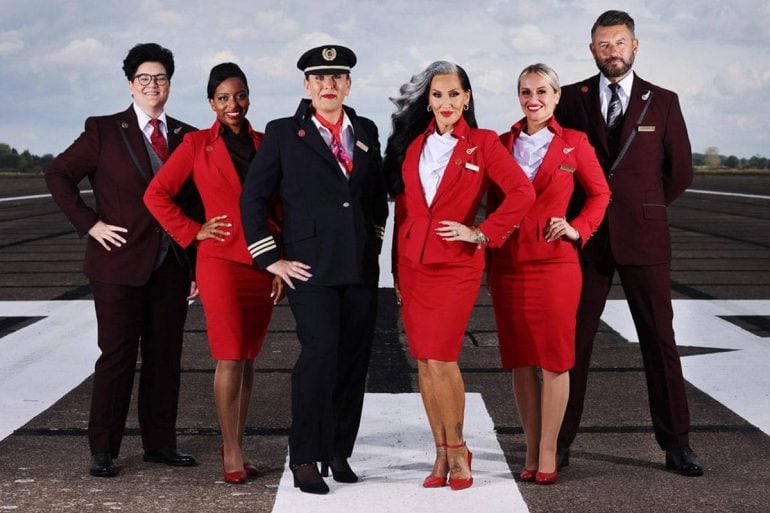 “People feel empowered when they are wearing what best represents them, and this gender identity policy allows people to embrace who they are and bring their full selves to work.” These efforts deserve to be lauded, but the internet projected a diverse attitude, even going ahead to call it a waste of time. Some questioned why the company doesn’t give its staff a pay rise instead or lower ticket prices. A social media user said: ‘I would bet that the majority of Virgin Atlantic staff would rather have a pay rise than this.” Clearly, you can’t make everyone happy!

Tags from the story
Airlines, Virgin-Atlantic